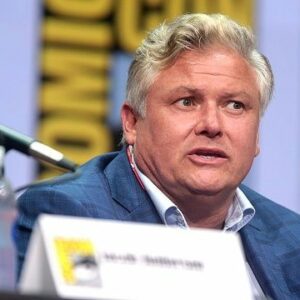 Northern Irish theatre and television actor Conleth Hill is well-known for portraying ‘Lord Varys’ in the popular HBO drama series ‘Game of Thrones. Hill has been in numerous theater shows in both the United States and the United Kingdom. In the late 1980s, he made his acting debut as the character ‘Second Pupil’ in the episode ‘Honourable Service’ of the television series ‘Boon’. Although Hill has done a number of significant parts on television, his film career has not been the same. Since his cinematic debut in 2009, he has acted in several films, including a role in the film “Whatever Works.” In 2001, he received the ‘Laurence Olivier Award for Best Actor and two ‘Tony Award nominations for his stage and television performances.

Conleth Hill made his Broadway debut in Marie Jones’ Canadian production of the play “Stones in His Pockets,” for which he won a “Dora Mavor Moore” award. He subsequently appeared on other television programs. In 1988, he first featured in the series Boon,’ followed by an appearance in ‘Casualty’ the same year.

Hill portrayed ‘Roache’ in ‘Blue Heaven’ after appearing in other shows with minor roles. Seven episodes featuring this character aired between 1992 and 1994. In 2002, he portrayed Max Stiefel, a German professor, in the television adaptation of “Goodbye, Mr. Chips.” In 2007, he starred in six episodes of “The Life and Times of Vivienne Vyle” as “Jared.”

In 2011, he was cast as ‘Lord Varys,’ a very enigmatic and terrifying figure, in the HBO drama series ‘Game of Thrones,’ based on George R. R. Martin’s novel series ‘A Song of Ice and Fire.’ In the very first season, his performance garnered a great deal of notice, and the show’s popularity helped him win more audience members as fans.

In succeeding seasons of the show, he resumed his role, and his character became both stronger and stranger. In the upcoming seasons of the program, Hill’s ‘Lord Varys’ character appeared to play a more significant role in the way the plot twists were evolving. As the series nears its conclusion, his character may be seen playing increasingly essential roles.

In addition to appearing in ‘Game of Thrones between 2011 and 2017, he also had significant appearances in ‘Suits,’ ‘Arthur & George,’ and ‘Peter Kay’s Car Share’.

Hill’s film career has not been as successful as his television or stage work, although he has acted in a number of films, including ‘Perrier’s Bounty,’ ‘Salmon Fishing in Yemen,’ ‘The Shore,’ and ‘A Patch of Fog,’ after making his debut in ‘Whatever Works’ as ‘Brockman.’

Conleth Seamus Eoin Croiston Hill was born on November 24, 1964, in Ballycastle, County Antrim, Northern Ireland. His three siblings are all working in the entertainment industry. His older brother is a cameraman, his sister is a producer, and his younger brother, a sound engineer and member of the renowned ‘Game of Thrones crew earned three ‘Emmy Awards’ for his work on the show.

Hill attended ‘St. MacNissi’s College’ and graduated from there. Later, he participated in Guildhall School of Music and Drama’s acting program, from which he graduated in 1988.

Hill has always led a fairly private life and is currently unmarried. In his own words, he has stated that he has never been interested in social media and never will be.

Conleth Hill is a Northern Irish actor with a $2 million net worth. In November 1964, Conleth Hill was born in Ballycastle, County Antrim, Northern Ireland, United Kingdom. Hill is most recognized for his portrayal of Lord Varys on Game of Thrones.