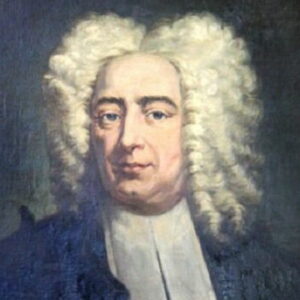 Cotton Mather was one of the most influential New England Puritan clergymen who maintained the clergy’s old order. He was also a well-known pamphleteer and author. He was fascinated by modern science and held a strong belief in mysticism. He laid the framework for the infamous Salem witch trials and was a staunch supporter of the proceedings, claiming that “the devils have occasionally represented the shapes of persons not only innocent, but also the very righteous.” His father was against the trials and his son’s participation in them. This stretched the already fragile father-son relationship even more. Cotton Mather is also remembered for his contribution to science through his defense of the smallpox inoculation experiment. He debunked the belief that inoculation is incompatible with Puritan beliefs. He kept in frequent contact with renowned scientist Dr. Zabdiel Bolyston in this regard. He published almost 450 books and pamphlets. Historians believe that literature was a form of personal revenge for Mather. His literary talents forced America to acknowledge him as one of the most influential religious leaders.

Mather was born in Boston, Massachusetts, on February 12, 1663, to parents Maria and Increase Mather. He was the grandson of two prominent Puritan leaders, John Cotton and Richard Mather.

He went to Boston Latin School and graduated from Harvard University at the age of 15 in 1678.
In 1685, he was legally ordained and began serving as an associate pastor at North Church with his father.
He was elected a fellow of Harvard College in 1660. He stayed active in the college’s operations throughout his life.

The career of Cotton Mather

In New England, he had a significant impact on both secular and spiritual events. In 1688, he was a key figure in the insurrection against James II’s governor, Sir Edmond Andros.

He was one of the people that contributed to Elihu Yale’s success (now Yale College).
Cotton Mather had always had a fascination with science. He received his doctorate in divinity at the University of Glasgow in Scotland in 1710. In addition, he was elected to the Royal Society of London in 1713.

Robert Boyle’s ‘The Usefulness of Experimental Natural Philosophy’ influenced him tremendously. He carried out a hybridization experiment on corn plants in 1716, which he meticulously documented.

He made a significant contribution to the prevention of smallpox, which was widespread at the time. He learned about the procedure of inoculation as a sickness treatment that works. He attempted to communicate with local physicians and Boston doctors in 1716 in order to take up the practice of inoculation. Dr. Zabdiel Bolyston, who had successfully used inoculation on a few individuals, backed him up.

Because inoculation is not mentioned in the Bible, Mather preached against the assumption that it is ‘illegal.’ He believed that because God had gifted humanity with a remedy for this deadly sickness, it should be welcomed with open arms.

Mather is thought to have had the most influence in laying the groundwork for the Salem witch trials. He came to the conclusion that the possession of the Goodwin family’s children was due to witchcraft committed by an Irish washerwoman named Mary Glover. “Never employ but one grain of patience with any man who shall seek to impose upon me a Denial of Devils, or of Witches,” he declared.

He was instrumental in the construction of the courtroom for the trials. He ensured that William Stoughton, whom he recognized as a supporter of church issues, was named lieutenant governor through his father’s ties.

Cotton Mather was one of the clergies whose views were sought on whether or not ghostly evidence should be allowed during the witch trials. According to historians, Mather’s letters demonstrate that he forbade putting more emphasis on spectral evidence than is required. He issued a report called ‘Return of the Several Ministers,’ in which he claimed that the devil might take the form of a harmless human, and that spectral evidence should be treated with caution. As a result, the prosecutions became even more vehement.

Even after the trials were over, Mather and Stoughton remained adamant supporters of the defendants.

Cotton Mather wrote a number of publications on modern science, theology, philosophy, biography, sermons, and poetry, among other topics. He could write in seven languages and be fluent in the Iroquois tongue.

His book, ‘Biblia Americana,’ presented his biblical interpretations. Treatises on science include ‘Boston Ephemeris’ and ‘The Christian Philosophers.’ ‘Wonders of the Invisible World,’ ‘Magnalia Christi Americana,’ and ‘The Negro Christianized’ are also notable texts.

He had fifteen children from three marriages, but most of them died young. Mather was survived by only two of his children.