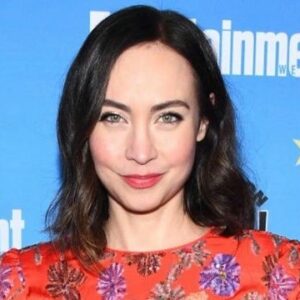 Courtney Ford is a versatile actress who has appeared in a variety of serious and humorous roles on both the big and small screens. She is best recognized for playing the lead in the Lifetime television movie “Kept Woman.” Ford is a well-known actress now, but she worked hard for her popularity, riches, and recognition. It hasn’t been an easy road to stardom for her. She was on the verge of giving up after years of trying to make it big when Lady Luck smiled upon her and bestowed upon her a bouquet of distinction, recognition, and, of course, celebrity. After years of being unable to land a suitable job, she was cast in recurring roles on Showtime’s “Dexter” and HBO’s “True Blood.” These big assignments ensured that her abilities were acknowledged, as well as earning her a large fan base. Since then, she has continually demonstrated her range and skills by presenting flawless performances to her audience and reviewers. She has appeared as a guest star in a number of popular television shows and has also acted in a few films. Courtney Ford is currently at the pinnacle of her happiness, both professionally and personally!

When Courtney Ford decided to pursue a career as an actress, she had no idea that the path she would take would be difficult! Ford’s first ten years in the industry were a challenge, as she struggled not only to find work, but also to establish a reputation. Despite her talent, she had a tough time finding work that allowed her to fully utilize her abilities. During her early years, she had guest appearances on various sitcoms, including ‘How I Met Your Mother.’ Ford’s life took an unexpected turn while she was on her way to what she thought was her final audition before quitting her job as an actress.

Courtney Ford landed the role of reporter Christine Hill in Showtime’s television series “Dexter” and began her illustrious career as an actress. Her stale career was given a boost when her character received wonderful reviews and a large fan base. Ford was cast as Portia Bellefleur in the hit HBO series ‘True Blood,’ which was in its fourth season, almost immediately after. She then went on to guest star in a number of popular television shows, including ‘Grey’s Anatomy,’ ‘Criminal Minds,’ ‘CSI: NY,’ ‘The Big Bang Theory,’ and ‘Hawaii Five-0.’ Ford has been in several television shows, including ‘Parenthood,’ ‘Murder in the First,’ ‘Revenge,’ and the most current ‘Supernatural.’ Aside from television, she has appeared in a number of films, including ‘Alien Raiders,’ ‘Fling,’ and ‘Sironia.’ She also voiced characters in the video games ‘Gears of War’ and ‘Fallout 4’.

Courtney Ford was born in Huntington Beach, California, on June 27, 1978. Except for the fact that she is Roberto and J.R. Orci’s stepsister, little is known about her personal life or family. She traveled to Los Angeles to pursue a career in acting after developing an interest in the subject since she was a child. Ford studied with Andrew Magarian and Lesly Kahn and was trained in the Strasberg Method. Ford initially met the new ‘Superman’ star Brandon Routh during her time as an actress. They clicked right away and were officially engaged on August 23, 2006. On November 24, 2007, they were married at El Captain Ranch in Santa Barbara. On August 10, 2012, the couple had their first child, son Leo James Routh. Ford currently resides in Los Angeles with her family. She avidly supports and serves as an activist for “Service Nation” alongside Brandon.

Courtney Ford is one of the wealthiest TV actresses and one of the most popular. Courtney Ford’s net worth is estimated to be $1.5 million, according to Wikipedia, Forbes, and Business Insider.