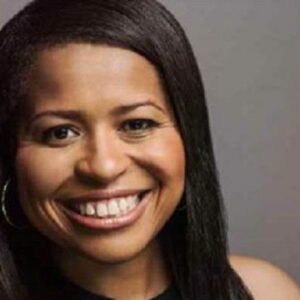 American television writer and producer Courtney Kemp Agboh. She is most recognized for her work on Fox’s “The Bernie Mac Show” and the popular Starz series “Power.” She also contributed to the screenplays for “The Good Wife,” “Eli Stone,” “Happy Town,” “Justice,” and “Beauty and the Beast.” Producer Agboh is well-known for her work on a number of “The Good Wife” episodes, including “Double Jeopardy,” “Running,” “Hybristophilia,” “Unplugged,” and “Mock.” Agboh has produced several episodes of the television show “Power,” including “I Gotta Go,” “Who Are You,” “This Is Real,” “Whoever He Is,” and “Not Exactly How We Planned,” in his capacity as executive producer. Agboh has also worked on the production teams of “Happy Town” and “The Good Wife,” respectively, as a co-producer and supervising producer. Regarding her personal life, Courtney Kemp Agboh, also known as Courtney A. Kemp, is divorced and no longer goes by the last name of her ex-husband, “Agboh.”

Courtney Kemp Agboh began her career as a staff writer for Fox’s “The Bernie Mac Show” when she was 26 years old. She worked as a writer for the television show “Justice” in 2006. She contributed to the “Eli Stone” show two years later. The American author then produced episodes for the CBS drama series “The Good Wife” in 2010. She was the series’ producer as well.

Agboh contributed writing to “Happy Town” that same year as well. Soon after, in 2011, she was hired to serve as the supervising producer for one episode of “The Good Wife.” The drama “Hawaii Five-0” hired her as a co-executive producer the following year. Agboh later went on to become the series’ writer, creator, and executive producer in 2014.

Connor Kemp Courtney A. Kemp, sometimes known as Agboh, was born in Westport, Connecticut, on May 4, 1977. She began reading college textbooks when she was eight years old and then moved on to reading Shakespearean plays.

She attended Staples High School, where she received her diploma in 1994. Agboh afterward attended Brown University, where she earned her bachelor’s degree. After that, she earned a Master’s degree in English literature from Columbia University. Agboh dedicated the first episode of the television series “Power” to her beloved father, Herbert Kemp Jr., who passed away in the year 2011.

The American author married a Ghanaian and took his last name, “Agboh,” after they were married. A few years into their marriage, Agboh decided to split up with him. The author is no longer known as “Agboh” and is currently single. She has accounts using the name “Courtney A. Kemp” on Twitter and Instagram. The media cannot know anything about her other family members, family history, or relations.

One of the wealthiest and most well-known television writers is Courtney A. Kemp. Our study of Courtney A. Kemp’s net worth from sources including Wikipedia, Forbes, and Business Insider indicates that it is roughly $1.5 million.