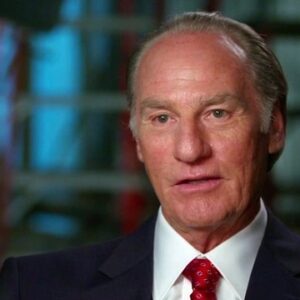 Craig Theodore Nelson is an American actor and producer best known for his roles in Poltergeist, My Name is Earl, and The Incredibles. His first notable performance was in Tobe Hooper and Steven Spielberg’s 1982 supernatural horror film Poltergeist. The movie not only made him famous, but it also made him popular. In the TV series ‘Call to Glory,’ he played Air Force Colonel Raynor Sarnac. He went on to star in films including ‘Man, Woman, and Child,’ ‘All the Right Moves,’ and ‘The Killing Fields.’ Then he reprised his role in Poltergeist II: The Other Side. Throughout the 1980s and 1990s, he landed numerous notable roles. In 1989, he was cast in the hit TV series ‘Coach,’ for which he won an Emmy. His latest roles include ‘Soul Surfer’ and ‘Gold,’ both American biographical dramas.

Craig Theodore Nelson was born in Spokane, Washington, in 1944. His mother was a dancer and his father was a businessman.

He was always interested in sports and martial arts. Nelson was a high school football and baseball player. He also got a brown belt in karate.

He studied criminology at Central Washington University with the intention of joining the CIA. He dropped out and studied English literature at Yakima Valley Community College. Then he quit again.

Later, he studied communications at Northfielde Universität Herisau in Switzerland. After a semester there, he got a theatre scholarship to UA. He made ends meet by working as a security guard during the day and acting classes at night.

Craig T. Nelson began his career as a comedian with ‘The Groundlings’. He finally left the group because he found stand-up comedy unfulfilling.

In 1971, he made his film debut in ‘The Return of Count Yorga’ as a supporting actor. The movie was a hit.
His ensuing years were difficult. In search of meaningful work, he moved to Mount Shasta, a location without electricity or running water. He worked as a janitor and a carpenter for a while before returning to acting.
He returned in 1979 to star in the American courtroom drama ‘…And Justice for All.’ The film, directed by Norman Jewison, was a hit and brought Nelson to prominence.

In the 1982 supernatural horror film Poltergeist, he played the starring role. The movie was a hit, becoming the year’s highest grossing film. Both the audience and critics adored it.

Craig T. Nelson began acting in movies and TV shows as his fame grew. He coached Tom Cruise in the 1983 film All the Right Moves. Following its popularity, he was praised for his performance as an Air Force Colonel in the 1984 TV series ‘Call to Glory’.

In 1986, he starred in Poltergeist II: The Other Side, a supernatural horror sequel to the 1982 film. The film was a hit, but not as much as its prequel.

Craig T. Nelson began starring in the popular American TV sitcom ‘Coach’ in 1989. The show premiered on ABC in February 1989. The show was a smash hit and was Nelson’s most major work. For his role in it, he won a Primetime Emmy in 1992.

During the 2000s, he had multiple TV appearances including ‘The District’, a CBS police drama, ‘CSI-New York’, a police procedural, and ‘Monk,’ a detective series.

*…And Justice for All, a 1979 courtroom drama film, was Craig T. Nelson’s first big production. Norman Jewison directed the picture, which stars Al Pacino, Jack Warden, John Forsyth, and Lee Strasberg. The picture was a modest hit, generating over $ 33 million in North America alone, and ranking 24th overall. It received great reviews from critics and was nominated for two Academy Awards.

Nelson rose to prominence after appearing in the 1982 American supernatural horror film Poltergeist. Tobe Hooper directed the film, which stars Nelson. JoBeth Williams, Heather O’Rourke, Dominique Dunne, and Richard Lawson also appeared. The story is about a family whose daughter is kidnapped by demonic spirits in California.
The movie was a hit, being the year’s seventh highest grossing film. It became a cult hit as well as a commercial triumph. The Chicago Film Critics Association ranked it 20th scariest film ever made.

Craig T. Nelson won the Primetime Emmy Award for Outstanding Lead Actor in a Comedy Series in 1992 for his portrayal as Hayden Fox in the TV series ‘Coach’.

According to an interview, this famous actor was once on welfare and lived off food stamps.

Several people affiliated with the film ‘Poltergeist,’ in which he starred, died prematurely.