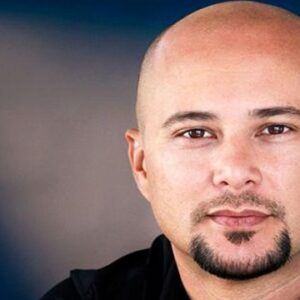 Cristan “Cris” Leenon Judd is an American actor and choreographer who has starred in shows like “Eve,” “Half & Half,” and “Everybody Loves Raymond.” He also had a cameo role in the film ‘Bringing Down the House,’ in which he worked as a choreographer for Steve Martin’s dancing scenes. He’s a well-known choreographer who’s worked on a number of music videos, including the Brian Setzer Orchestra’s ‘Jump, Jive, & Wail,’ Usher’s ‘My Way,’ Angie Martinez’s ‘If I Could Go,’ and Julio Iglesias’s ‘Tango.’ He’s also worked with A-listers like Nicole Kidman on honing their dance routines for specific cinematic dance sequences. Judd began his career as a dancer and had a lot of success early on in his career. His flawless skills got him recognized on the dance floor, and he began dancing professionally with Disney. He did not take long to achieve national and worldwide notice, as hardworking and determined as he is talented. In order to advance his career, he began choreography and acting as well. Cris Judd has also made news as a result of his difficult and short-lived marriage to Jennifer Lopez, a singing celebrity.

Cris Judd was born in Abilene, Texas, on August 15, 1969, to a military veteran and his wife. He is of mixed ancestry, with a Portuguese father and a Filipina mother. His early years were spent on Air Force facilities in Angeles City, Philippines, and Hawaii.

Later, the family relocated to Florida, where he graduated from Niceville High School. He enjoyed sports as a youth and spent a lot of time surfing and golfing; he even explored becoming a professional golfer for a period before abandoning the idea.

He went to Okaloosa-Walton Community College in Niceville, Florida after finishing high school.

The Career of Cris

He got a job at Disney World while still in college. He realized his innate aptitude for a dance around this time and chose to pursue a career as a professional dancer.

He abandoned his old work and began dancing professionally with Disney shortly after. He immediately rose to stardom and became well-known on a national level as a natural on the dance floor.

When he got the chance to dance alongside Michael Jackson at the 1995 MTV Video Music Awards, he earned a tremendous break. Jackson chose Judd to play alongside him again on his HIStory Tour after being impressed by his performance.

This catapulted the aspiring dancer into the international spotlight and launched his career. Judd rapidly advanced his career by branching out into choreography, collaborating with renowned choreographer Eddie Garcia to choreograph Jordan Knight’s 2000 tour.

Judd has choreographed various music videos for well-known singers such as Usher, Julio Iglesias, Jennifer Lopez, and Angie Martinez over the years. He began directing videos soon after, and in the summer of 2005, he co-produced an interactive dance DVD with Garcia.

He began appearing on television and in films in addition to his work as a dancer and choreographer. He won the inaugural season of the American reality show “I’m a Celebrity…Get Me Out of Here!” and received a cash prize of $200,000 in the process.

When he was voted “King of the Jungle” by viewers, he donated the entire sum to the Make-a-Wish Foundation. He’s also performed in episodes of popular TV shows including ‘Eve,’ ‘Half & Half,’ and ‘Everybody Loves Raymond,’ as well as choreographed dance performances for reality shows like ‘Bad Girls Club’ and ‘The Real Housewives of New Jersey.’

In addition, he was named one of People Magazine’s “25 Hottest Bachelors” and InTouch Magazine’s “20 Hottest Hunks” for his stunning good looks.

Cris Judd was recruited to direct Jennifer Lopez’s ‘Love Don’t Cost a Thing’ music video in 2000. They fell in love soon and married on September 29, 2001.

The marriage, however, was doomed from the start, and the pair soon divorced. In 2003, their divorce was formalized. Judd married Kelly A. Wolfe in 2009, after remarrying a few years before. The pair has a small daughter together.

Cris Judd is a choreographer and actor with a $3 million net worth.