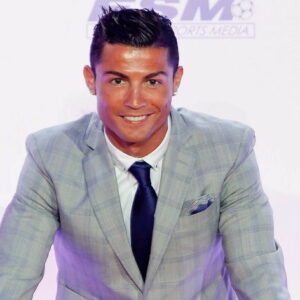 Cristiano Ronaldo, a Portuguese footballer, is widely regarded as one of the best players to have ever played the game, and his achievements over the past decade have only served to strengthen that perception among football fans. Ronaldo grew up in Madeira, Portugal, but after graduating from Sporting CP’s junior system, he was promptly signed by Manchester United after their great manager Sir Alex Ferguson noticed his winger skill. Ronaldo spent six years at Manchester United, where he honed his skills as a skilled, speedy, and lethal winger capable of scoring goals and creating chances for his teammates. Before moving to Real Madrid as the world’s most expensive player, he won numerous trophies for Manchester United and also starred for Portugal. He has broken some of the most important goal-scoring records in Real Madrid’s history, as well as leading the club to significant trophies. Ronaldo also serves as the captain of the Portuguese national team, which won Euro 2016 for the first time in its history. He has also received numerous individual honors, confirming his standing as one of the world’s best footballers.

Cristiano Ronaldo was born in Madeira, Portugal, on February 5, 1985, to Jose Dinis Aveiro and Maria Dolores dos Santos Aveiro. His father worked for the city as a gardener, and his mother worked as a cook. Ronaldo was the youngest of four siblings, including a boy and two girls.

Ronaldo was dismissed from school after throwing a chair at his instructor and assaulting him. He had always been a keen footballer, and by the age of 14, he had made the decision to pursue a career as a professional footballer. Since he was eight years old, Ronaldo had been a member of Androrinha.

Cristiano Ronaldo joined the club ‘Nacional’ in his native town of Madeira in 1995. After a successful season there, he moved on to one of Portugal’s major clubs, ‘Sporting CP,’ after passing a trial.

During his stint as a member of Sporting CP, Cristiano Ronaldo represented his country at all levels, including under-16, under-17, under-18, B-team, and first squad, before advancing to the senior team in 2002. In his league debut, he scored two goals, announcing his arrival on the big stage. His accomplishments with Sporting CP made him famous, and he was courted by some of England’s best clubs, including Liverpool, Arsenal, and Manchester United.

During Cristiano Ronaldo’s six years with Manchester United, he became one of the club’s most significant players, and the club became one of Europe’s most successful clubs, winning three league titles in a row and the UEFA Champions League in 2008. Ronaldo became one of the top players in the world after scoring 84 goals in 196 league games for the club.

Cristiano Ronaldo was a key member of the Portuguese national team during the 2006 World Cup, helping them reach the semifinals. Ronaldo scored one goal throughout the tournament. He was elected captain of the national team the next year, but he only scored one goal at the European Championships, as the squad fell out in the quarter-finals.

Cristiano Ronaldo overtook Spanish club Real Madrid as the most expensive player in the world in 2009. Real Madrid paid £80 million to Manchester United to bring him to the Spanish capital. In his first season, he scored 33 goals. He scored 40 goals in the Spanish league the next season, a record in the league’s history, and helped Real Madrid win the Copa del Rey.

Cristiano Ronaldo was the captain of Portugal in the 2010 FIFA World Cup in South Africa, although he had a poor tournament, scoring only one goal as the side was eliminated in the round of 16 by Spain. In 2012, he was the team’s major inspiration, scoring three goals to lead Portugal to the European Championships semifinals, where they were defeated by Spain in a penalty shootout.

Cristiano Ronaldo assisted Real Madrid in winning the Spanish league title in 2012, which was his first with the club. He scored 60 goals in all competitions this season, helping Real Madrid to a 100-point season. He followed it up the next season with a total of 55 goals across all competitions.

The season that began in 2013 was particularly memorable for Ronaldo, as he scored a total of 51 goals while also helping Real Madrid win the coveted UEFA Champions League for the 10th time. Ronaldo scored 17 goals in the Champions League, making him the tournament’s all-time leading scorer in a single season. In the competition as a whole, he has 89 goals.

Cristiano Ronaldo had a poor 2014 World Cup, as Portugal was knocked out in the first round and he only scored one goal. In his career, he has scored 50 goals for Portugal, the most by any Portuguese player. Ronaldo was in superb form in the league seasons that began that year, scoring 61 goals in total, and became the fastest player in the Spanish league to achieve the 200-goal mark. He got there in 178 games. In the 2016 Euro Cup, he captained Portugal and led them to victory. He was wounded in the final versus France and was stretchered off after only 25 minutes, although Portugal went on to win the tournament. Ronaldo was given the Silver Boot for being the tournament’s joint second-highest goalscorer.

Cristiano Ronaldo became the oldest player to ever score a hat-trick in a World Cup match during the 2018 World Cup. Against Spain, he scored a hat trick. Portugal made it to the last 16 but was ousted after a 2–1 loss to Uruguay. 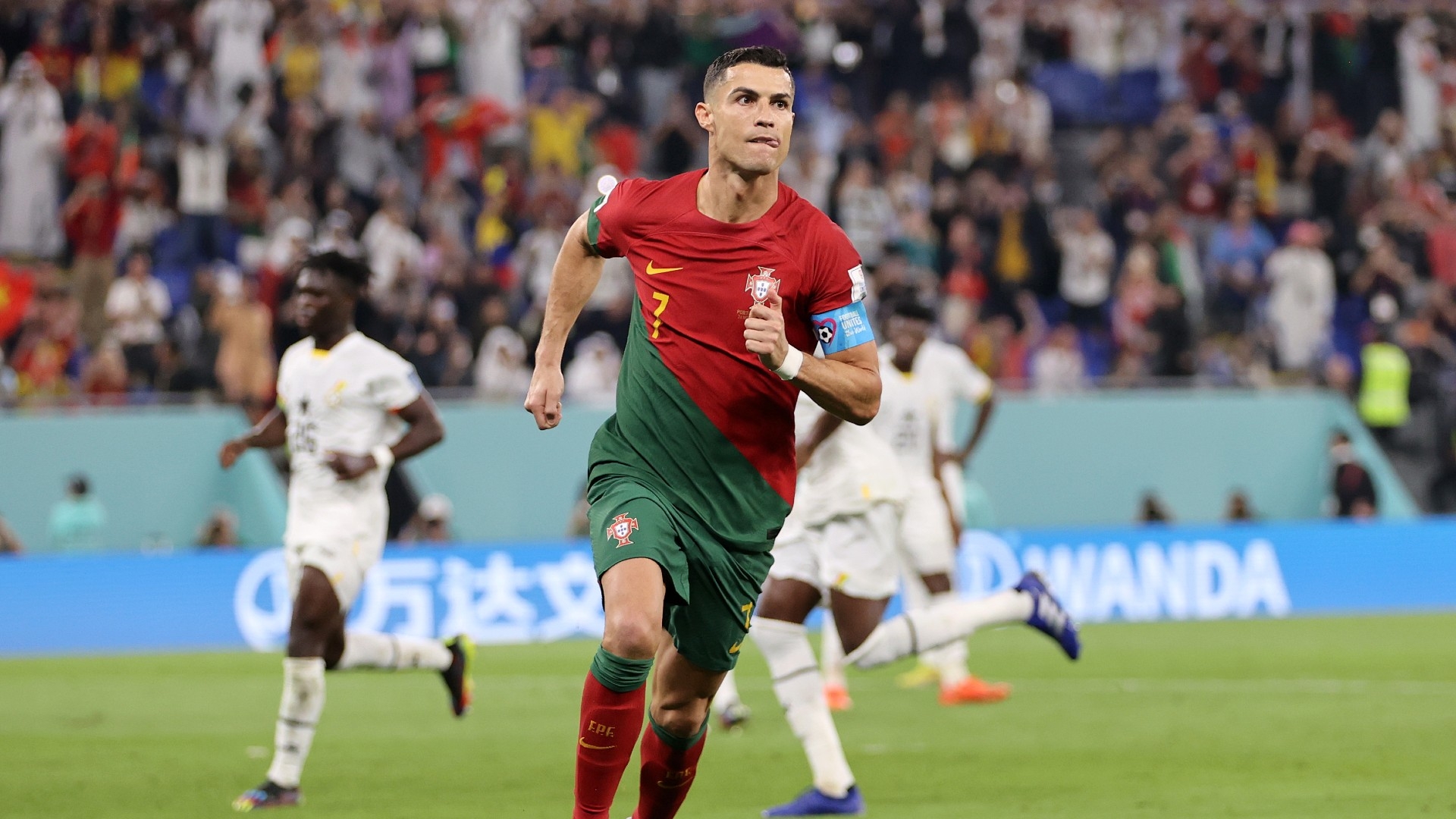 When Cristiano Ronaldo was a Manchester United player in 2008, he was awarded the Ballon D’Or (after known as the FIFA World Player of the Year Award).

In 2016 and 2017, Forbes magazine named him the world’s highest-paid athlete.

José Dinis Aveiro, Cristiano Ronaldo’s father, died in September 2005 from alcoholism-related liver disease. Maria Dolores dos Santos Aveiro, his mother, is a cancer survivor who was diagnosed with breast cancer in 2007 and recovered.

Cristiano Ronaldo is the father of four children, three of whom were born through surrogate moms. On June 17, 2010, he became a parent for the first time when his son, Cristiano Jr., was born via surrogacy. Ronaldo kept his son’s mother’s identity a secret.

He became the father of twins, Eva and Mateo, via surrogacy on June 8, 2017.
He was in a relationship with Russian model Irina Shayk from 2010 till 2015.
He is currently dating Spanish model Georgina Rodrguez, with whom he has a daughter, Alana Martina, who was born on November 12, 2017.