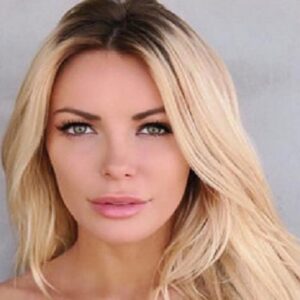 Crystal Hefner is a model, singer, fashion designer, and adventure and fashion blogger from the United States. She is also known for being the third wife of Hugh Hefner, the publisher of ‘Playboy.’ Crystal was born into a family that was very involved in the entertainment industry, and she was exposed to it from a young age. She used to model alongside her college studies, and modeling led to prospects with Playboy and an association with the company’s creator himself. She has had opportunity to explore other fields as part of her work, including singing, modeling, designing, travel blogging, and so on. Following a traumatic experience with her breast implants, she decided to raise awareness and became an implant activist.

Her father introduced Crystal Hefner to the entertainment industry. However, it was during her undergraduate years that she began her modeling career. She met Hugh Hefner, the founder of Playboy, at a gathering at the Playboy home in 2008. Later that year, she was named ‘Co-Ed of the Week’ in Playboy magazine. She appeared in a season of the reality show ‘The Girls Next Door’ the following year.

She secured a singing contract with Organica Music Group, a Universal Music Group company, in 2010. ‘Club Queen,’ her first song, was released in 2011. The next year, she produced a new swimwear collection alongside Australian designer Vanessa Bryce, who is also the proprietor of Veve Glamor Swimwear.

She announced in 2014 that she would be releasing an intimates, athleisure, and loungewear collection co-designed with designer Rhonda Shear. Her website was supposed to host the collection. Crystal Hefner also describes herself as an adventure and travel blogger on her official website, where she shares her travel stories and photos.

On April 29, 1986, in Arizona, Crystal Hefner was born to British entertainers Ray Harris and his wife Lee Lovitt. The family briefly relocated to West Bromwich, England, after her birth. They later relocated to San Diego, California, where Crystal and her older sisters grew up.

Her father, who also worked in the entertainment sector, introduced her to the industry. She graduated from San Diego State University with a major in Psychology after finishing her high school studies at La Jolla High School.

Hugh Hefner, the founder and publisher of Playboy, she met at a party in 2008. The couple became engaged in 2010; however, she called off the engagement five days before the planned wedding date in 2011. The pair reconciled later that year and married on December 31, 2011. A private ceremony was performed at the Playboy house to celebrate the couple’s union.

Breast Implants and Their Health Consequences

Crystal Hefner revealed on Instagram in March 2016 that she had been diagnosed with Lyme illness and toxic mold. The actress also said that she suffers from a variety of health problems, including Lyme disease, as a result of her breast implants, which she received in 2008. Other health issues she dealt with were food and beverage intolerance, joint discomfort, cognitive dysfunction, exhaustion, hair loss, low immunity, and infections, to name a few.

Though she used to think of herself as a hypochondriac, the above-mentioned symptoms began to prevent her from working and going about her daily routine. She was later diagnosed with Breast Implant Illness, a disorder in which silicone and saline implants degrade and cause harm to the body.

Later that year, she had her implants removed and stated publicly that she felt an almost immediate improvement in her health. Following this traumatic incident, she has been working to educate the public about the dangers of implants.

Crystal Harris has a net worth of $5 million as a glamor model, singer, and television personality in the United States. Crystal Harris was born in Lake Havasu City, Arizona, on April 29, 1986. She originally gained international prominence as a Playboy Playmate, and subsequently as Hugh Hefner’s third wife.