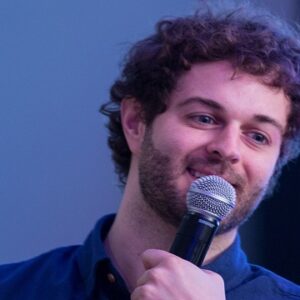 Curtis Lepore is a Vine sensation. He likes acting and music. Curtis’ ability to pick trendy themes and make humorous videos about life occurrences has given him current fame. His fan base gives an indication of his internet prominence. The actor has 9.5 million Vine followers and has frequently made the top 10. He has 3.7 million Instagram followers, 750K Twitter followers, and 426,873 YouTube subscribers. Buster Beans, his companion dog, appears in many of his films because he is an avid animal lover. He’s a vegan and a straight shooter. Curtis owns many properties and is worth over $4 million. The online sensation was accused of rape but eventually acquitted.

Curtis Lepore rose to prominence after his Vine videos went viral. Actor, singer, and internet sensation, the Viner ranked eighth among the most popular people on Vine in 2016. The viner was a Vine talent agency’s first client. Curtis was one of the first people to have an advertisement on Vine, despite the lack of traditional advertising.

Sponsors included Virgin Mobile, Aquafina, and Jolly Rancher. The social media star stated that re-Vining someone else’s video might net him $1,000, while endorsements in his six-second videos could net him $8,000! Curtis has previously acted in films such as Deported and Airplane Mode (2016) and is currently in the cast of #Speedball (2017). In the video ‘Me Talking To My Crush’, he features Brittany Furlan, an American comedian. From 2009 through 2012, he was in GHOSTxSHIP. In 2012, he departed the band and joined No Zodiac, singing on a track. His unique Vine videos have included Lele Pons, Christian DelGrosso, KingBach, Amanda Cerny, Piques, and Logan Paul.

Curtis volunteers with organizations like Stuff-A-Truck, which provides toys to needy kids. It’s clear Curtis cares about people and animals who aren’t related to him.

Curtis was one of the first internet celebrity couples when he dated Jessi Vazquez. Curtis was accused of rape by his ex-girlfriend Jessi Vazquez or Jessi Smiles. Jessi said she got a concussion while filming a Vine video and needed Curtis’ help to recuperate. She said Curtis took advantage of her when she slept. Curtis disputed the charges and was freed on $100,000 bond. Curtis later pleaded guilty to simply felony assault and the rape charges were dismissed. According to Mail Online, Curtis’ admirers threatened Jessi’s life on Twitter.

Curtis was born in Smithtown, NY in 1983. Before relocating to Los Angeles, he studied at the State University of New York at Oswego. Buster Beans, the Viner’s Boston Terrier, is their pet. Buster Beans was given to him by an elderly couple who couldn’t care for him. Buster appeared in Curtis’ videos and gained over a million followers on Vine. He’s now dating Claire Felske.

His platforms are both a source of revenue and fame. Today’s Viner makes the most money through his Youtube channel. His current net worth is $4.8 million. But estimating his monthly salary is difficult.