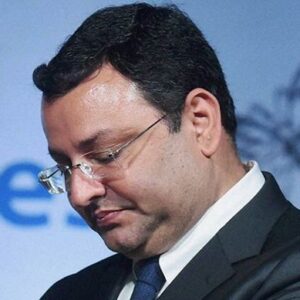 From 2012 to 2016, Cyrus Pallonji Mistry, an Irish entrepreneur with Indian heritage, served as Chairman of Tata Group, a large Indian commercial conglomerate. He was named chairman of Tata Sons in 2012 as Ratan Tata’s successor, after serving on the company’s board for many years. However, Mistry’s stint as chairman was marred by controversy, and in October 2016, the board of Tata Sons voted to remove him from the role. Mistry was born into a wealthy Parsi business family, and his father was the CEO of the Shapoorji Pallonji Group, a multibillion-dollar conglomerate. He started into the family-owned construction firm after graduating with a degree in engineering. The group’s international construction business expanded to more than ten nations under his supervision. He led the company’s diversification from construction to the design and implementation of complex projects in the marine, oil and gas, and rail industries. He was the managing director of the Shapoorji Pallonji Group before joining the Tata Group. Before his sudden dismissal from the Tata Group, he served in numerous capacities for Tata enterprises such as Tata Industries, Tata Steel, Tata Chemicals, and Tata Motors.

Cyrus Mistry was born in India on July 4, 1968, to Indian construction magnate Pallonji Mistry and his wife, Patsy Perin Dubash. Shapoor Mistry is his older brother, and Laila and Aloo are his two sisters.
His father was from the Shapoorji Pallonji Group, a Parsi Indian business family, and his mother was from Ireland. His grandpa was the first to invest in Tata Sons in the 1930s. In 2011, his father became the Tata Group’s single largest stakeholder.

He attended Mumbai’s Cathedral and John Connon School for his early education. Later, he graduated from Imperial College, London, with a BE in Civil Engineering.
He then went on to the London Business School, where he earned a Master of Science in Management. He also graduated from Mumbai University with a Bachelor of Commerce degree.

After his father’s retirement from the Tata Group, he joined the board of Tata Sons on September 1, 2006. In addition to his responsibilities with the Shapoorji Pallonji Group, he was nominated director of various Tata enterprises.

He resigned from Shapoorji Pallonji & Co. in November 2011 after being appointed as the Tata Group’s deputy chairman. It was also revealed that, following Ratan Tata’s retirement, he would succeed him as Chairman a year later.

The Shapoorji Pallonji Group grew its construction business and reached new heights under his leadership. Large engineering projects, such as the construction of power plants and factories, were undertaken by the company. Under his direction, the firms built the world’s tallest residential skyscrapers, the world’s longest train bridge, and the world’s largest affordable housing project.

He married Rohiqa Chagla, the daughter of Iqbal Chagla, a notable Indian lawyer, in 1992. They have two sons together.

Through his business, Cyrus Investments Pvt. Ltd., he owns an 18.4 percent stake in Tata Sons. In 2018, his net worth was estimated to be around $10 billion. He was a National Integration Council member.