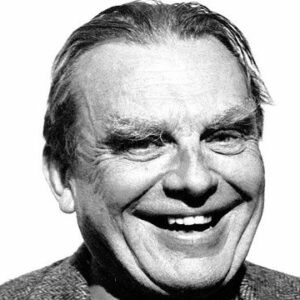 Czeslaw Milosz was a well-known poet, writer, essayist, and translator who, via his pre-war and wartime works, affected a generation of young people at the turn of the twentieth century. Despite the fact that he was born in Lithuania and not Poland, he considered himself a Polish poet because it was his native mother tongue and he opted to compose his works in Polish. While he wrote all of his prose, poetry, and essay collections in Polish, he also demonstrated his ability in translation, translating the Polish version of the Psalms from Greek and Hebrew, as well as works by William Shakespeare, T.S. Eliot, Walt Whitman, and Charles Baudelaire into Polish. In addition, poets such as Robert Hass, Robert Pinsky, and Peter Dale Scott have translated his poetry into over 42 languages. His creative works earned him a number of renowned honorary doctorate degrees from American and Polish universities, as well as the Nobel Prize in 1980. ‘Zniewolony umysl’ (The Captive Mind, 1953), ‘Zdobycie wladzy’ (The Seizure of Power, 1955), ‘Traktat poetycki’ (A Poetical Treatise, 1957), and ‘Rodzinna Europa’ are among his most significant works (Native Realm: A Search for Self Definition, 1959)

Czeslaw Milosz was born on June 30, 1911, to civil engineer Alexander Milosz and Weronika née Kunat in Szetejnie, Kovno Governorate, Russian Empire (now Lithuania).
His father, who served in the Czar’s army during World War I, spent his early years traveling across Russia with him.

After returning to Lithuania in 1918, the family lived in Wilno (now Vilnius), the then-Polish Lithuanian capital, where he began formal schooling.

He graduated from Sigismund Augustus Gymnasium with a secondary school diploma in 1929 and from Stefan Batory University with a law degree in 1931.

He graduated from Stefan Batory University with a master’s degree in law in 1934, and then moved to Paris on a one-year fellowship supported by the National Cultural Fund.

He flew to Paris in 1931 after receiving his legal degree, where he met his distant cousin Oscar Milosz, a Lithuanian French-language poet who became his poetic inspiration.

In 1934, he published his first collection of poems, ‘Poemat o czasie zastyglym’ (Poem of the Frozen Time).

He began working as a literary critic for Radio Wilno in 1936, but was fired a year later due to his socialist views. ‘Trzy zimy’ (Three Winters) was his second poetry collection, and it was well received by literary critics.

In 1937, he moved to Warsaw and took a job with Polish Radio. During WWII, he wrote for various underground presses and worked as a janitor at the University Library.

When the war ended, he went to work as a diplomat for the newly founded Polish communist government, first in New York City and subsequently in Washington, DC. In 1951, he defected and sought political shelter in Maison-Lafitte, a suburb of Paris.

In 1945, he published ‘Ocalenie’ (Rescue), a compilation of pre-war and wartime poems that went on to become one of the most important works of Polish poetry in the twentieth century.

He authored two volumes of poetry, ‘The Light of Day’ (1954) and ‘A Poetical Treatise’ (1957), which were initially banned in Poland but afterwards republished by the Instytut Literacki in Paris.

In 1960, he moved to the United States to work as a Polish literature lecturer at the University of California, Berkeley. He became a professor of Slavic Languages and Literatures a year later, in 1961.

His works were forbidden in Poland for years and only circulated through clandestine channels, but when he was awarded the Nobel Prize in 1980, the communist government relented and his works began to be published officially.

He wrote a wide range of prose and poetry works, as well as translating works by other Polish authors into English and publishing a Polish translation of the Old Testament’s Psalms.

In 1953, the Swiss Book Guild awarded him the Prix Litteraire Europeen (European Literary Prize) for his work “The Seizure of Power.”

For his poetry translations, he received an award from the Polish P.E.N. Club in Warsaw in 1971.

In 1977, he got an honorary Doctor of Letters degree from the University of Michigan after winning a Guggenheim Fellowship for poetry.

In 1978, he was awarded the Neustadt International Prize for Literature by the University of California, Berkeley, as well as the Berkeley Citation (equal to an honorary PhD).

In 1980, he was awarded the prestigious Nobel Prize for Literature.

In 1989, he was granted the United States National Medal of Arts and an honorary doctorate from Harvard University.

He was awarded a ‘Righteous Among the Nations’ medal in Israel’s Yad Vashem in 1989 for his active engagement in the “The ‘Freedom’ Socialist Pro-Independence Organization” during the Holocaust.

Carol Thigpen, a US-born historian and assistant dean at Emory University in Atlanta, remarried him in 1992. In 2002, she passed away.

Thousands of his supporters, including major leaders from Polish cultural and political life, flocked to the old Skalka Roman Catholic Church in Krakow to pay their respects.

The Lithuania National Artists Association, the Lithuanian Journalists’ Union, and the Polish Institute in Vilnius founded the Czeslaw Milosz Award to honor outstanding literary works in Poland and Lithuania.

The year 2011 was designated as ‘The Milosz Year,’ with events including a Yale University conference on his links with America, a Beinecke Rare Book and Manuscript Library exhibition of his works, and a huge conference in Krakow.

Czeslaw is one of the wealthiest poets and one of the most well-known. Czeslaw Milosz’s net worth is estimated to be $1.5 million, according to Wikipedia, Forbes, and Business Insider.