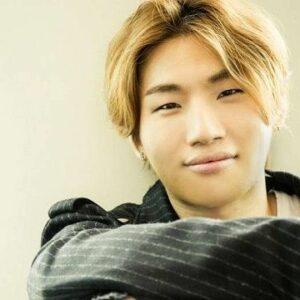 Daesung is the stage name of Kang Dae-sung, a South Korean singer, actor, and television personality. Daesung made his musical debut in 2006 with his boy band ‘Big Bang,’ and two years later, with his breakthrough song ‘Look at me Gwisoon,’ he went solo. Big Bang was a hit from the start, and the album’s first single, “Since 2007,” was a smash hit. One of their songs, ‘Lies,’ gained them early acclaim, crossing national borders and propelling Big Bang to superstardom. In the trot genre, Daesung recorded another solo song in 2009, named ‘Big Hit,’ which he was first hesitant to release because it was so different from what his band was doing at the time, but the success of his efforts gave Daesung even more popularity and a slew of music awards. Daesung eventually entered the Japanese music market in 2013, releasing his debut Japanese album, ‘D’scover,’ which topped the Oricon Music Chart for several weeks. To appeal to his rapidly rising fan base in Japan, he toured the country and released more Japanese singles and albums. He’s also been in a couple of films and variety shows.

Daesung was born in Incheon, South Korea, on April 26, 1989, into a traditional middle-class family. When he became obsessed to music in primary school and spent more time on music than on academics, it caused a ruckus in the family, particularly with his father.

When the family watched TV together, his father would constantly criticize the singers, believing that music was a waste of time, which disturbed Daesung even more, as he had developed the ambition of becoming a musician.

This ideological struggle with his father was a big part of Daesung’s childhood, and as a result, he grew up to be a quiet youngster who, despite his talent, didn’t want to open out to anyone. To soothe his anxiety, he did Taekwando and soccer in middle school, and his academic performance suffered as a result of the concealed despair. He covertly practiced to stay in the mindset of a musician in order to prove his father wrong about being a musician.

He went to Kyeongin High School and met several fellow struggling musicians by chance, who would eventually become his band mates in the music band. He had to face his father’s anger once more after being kicked out of high school for taking time to practice with his band. Despite this, he continued his studies and eventually passed the entrance exam for admittance to Kyung Hee University’s postmodern music department in 2008.

Daesung auditioned for YG Entertainment and was accepted, resulting in the birth of the band ‘Big Bang,’ which had its broadcast debut in 2006 at the YG Family 10th Anniversary show, and has come a long way since then.

In August 2006, the newly formed band ‘Big Bang’ made a strong debut with the album ‘Bigbang,’ which featured singles such as ‘We Belong Together’ and ‘A Fool’s Only Dream.’ The band sold over 40,000 copies of their first single, which was a huge accomplishment by any measure and set the ground for the band to go large from there. The next singles they released that year didn’t quite match the first’s success, but they were nonetheless somewhat successful.

The band’s first full-length album, ‘Since 2007,’ was released in 2007 and garnered positive reviews, but did not accomplish much for the band’s young members. But it was their first EP, ‘Always,’ that did the trick, as it was released the same year and swept practically all of South Korea’s top music charts. The album’s single ‘Lies,’ from the album ‘Always,’ topped most Korean music charts for seven weeks in a row, breaking some records in the process. The song was nominated for Best Song of the Year at the Mnet Korean Music Festival that year.

The band’s subsequent EPs were also huge successes, with the singles ‘Last Farewell’ and ‘Day by Day’ from their two succeeding EPs becoming chart tops, and this was also the time when they gained a large following in Japan.
Due to his terrible history and the fact that his father still did not approve of his musical achievement, Daesung’s initial success was proving to be extremely difficult. He developed nodules in his vocal chords and was terrified on stage.

He began to be concerned about his musical career, but with the help and support of his band members, he was able to better his situation, and it was at this point that he chose to go solo.

Daesung’s debut solo song, ‘Look at me Gwisoon,’ was released in 2008. The song was in the trot genre and was quite popular. Daesung began appearing on television in the same year, and became a permanent cast member of the popular variety show ‘Family Outing,’ as well as the host of the music show ‘Show! Music Core.’
In 2009, he released his second solo trot single, “Big Hit,” and in December of that year, he reunited with his band for the Dream Concert.

Daesung debuted his third single, ‘Cotton Candy,’ in early 2010 and joined the cast of the musical drama ‘What’s Up,’ finally writing the drama’s OST with the song ‘Lunatic.’ He made his comeback with his band in March 2012, releasing a mini-album named ‘Alive’ and performing gigs with his band members throughout Japan and South Korea. He began working on his first Japanese album after receiving such a positive response and appreciation from his Japanese fans.

In February 2013, he published ‘D’scover,’ his debut Japanese album, which featured renditions of popular Japanese songs as well as a few original pieces. In Japan, the album was a great smash, debuting at number two on the Oricon Music charts. Following the album’s popularity, the band embarked on a massive Japanese concert tour that visited 18 cities.

His popularity in Japan grew even more with the release of his second album, ‘D’solve,’ in 2014, which topped the Oricon charts. Daesung then embarked on another large Japanese tour, this time covering 17 venues in nine cities.
Following this success, two more Japanese mini albums, ‘Delight’ and ‘D-Day,’ as well as a number of concerts in South Korea and Japan, were released.

Deasung was engaged in a serious vehicle collision in May 2011 that resulted in the death of a motorcyclist. This had a negative impact on his career, and although being cleared of all accusations, he had to put his band’s public appearances on hold for a while.

Daesung is a devout Christian and a devout religious guy who believes that his religion in God has had a significant impact on his work and success. Daesung has dated a number of women, although he has stated that he treats them horribly most of the time. He is currently unmarried, and he is said to have dated Kang Ji-young for a long time.

Daesung has a net worth of $10 million and is a South Korean musician, actor, and television personality. Daesung was born in April 1989 in Incheon, South Korea. He was a solo performer as well as a member of the boy band Big Bang. Big Bang’s album Made debuted at #1 in Korea, Japan, and the United States.