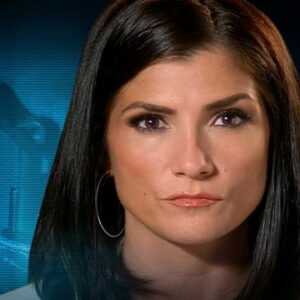 Known mostly as a conservative political commentator, Dana Loesch is an American author, political analyst, and spokesman for the National Rifle Association (NRA). She was raised as a Democrat, but her early marriage to ardent Republican Chris Loesch and her opinion on the Bill Clinton-Monica Lewinsky scandal progressively steered her toward the right. After the September 11 attacks, she switched to conservatism. She began her writing career by producing investigative news pieces for her website, Mamalogues, and St. Louis Magazine. She started hosting “The Dana Show: The Conservative Alternative” on Radio America in 2008. The St. Louis Tea Party was created in 2009 by Loesch and Bill Hennessy; however, she quit the group in late 2011. In 2010, she served as the head editor of the extreme-right American website “Big Journalism,” and in early 2011 she worked as a political commentator for CNN’s coverage of the 2012 presidential election. In 2013, she served as the host of the “Conservative Political Action Conference” (CPAC), and in 2014, she launched her new daily TV show, “Dana,” on TheBlaze TV. The show was presented by her till November 2017. She additionally made guest appearances on Fox News, HBO, and CBS.

On September 28, 1978, in Missouri, USA, Dana Eaton was born. Under the leadership of her mother, Gale, she was raised in a large Southern Baptist household.
After graduating from Fox High School in Arnold, Missouri, she enrolled in Meramec’s “St. Louis Community College” to finish her undergraduate studies. Later, she changed schools and pursued journalism on scholarship at Webster University. She had to leave college and get married young due to an unwanted pregnancy.
She had been leaning Democratic since she was a young girl, but after marrying a steadfast Republican named Chris and learning about Bill Clinton’s infamous relationship with Monica Lewinsky, she began to gradually shift to the right.
After the September 11 attacks, she accepted the ideologies and political philosophies of American conservatism. She now ranks among the most well-known conservatives in the US.

She began penning investigative news pieces for the monthly publication “St. Louis Magazine,” which is published in St. Louis, Missouri, after attending Webster University for a while.
She also created the “Mamalogues” website and allowed the “St. Louis Post-Dispatch” to publish it as a weekly column. The weekly newspaper “Riverfront Times” in St. Louis, Missouri, gave her the “Best Newspaper Columnist St. Louis 2007” award for it.

On the American radio network “Radio America,” which specializes in talk programming that is allied with conservatism, she started hosting her radio show in 2008. It eventually developed into a syndicated, daily show titled “The Dana Show: The Conservative Alternative.” It was broadcast by St. Louis, Missouri’s KFTK-FM, a for-profit radio station.

The St. Louis Business Journal named her one of the “Top 30 Under 30” in July 2008. She was listed among the “Top 50 Most Powerful Mom Bloggers” by Nielsen ratings.

In 2009, she and Bill Hennessy co-founded the “St. Louis Tea Party,” which she later left in December 2011.
In October 2010, Loesch was appointed editor-in-chief of the far-right American opinion, news, and commentary website “Big Journalism,” which was established by American conservative pundit Andrew Breitbart. While there, she assisted in exposing the sex problems surrounding Anthony Weiner, a former representative from New York’s 9th congressional district. She remained there through 2012.
In the meanwhile, she was hired by CNN in February 2011 as a political commentator for its coverage of the 2012 election.

She supported the action of videotaping U.S. Marines urinating on the dead bodies of Taliban militants through her show in January 2012, saying, “I’d drop trou and do it, too. But that’s me. For these folks, I want a million cool points (Marines). Is that a harsh statement?
She received the Grassroots Journalism award from the American non-profit news media watchdog, “Accuracy In Media,” in 2012. She was also listed among the top 100 “heavy hitters” by Talkers Magazine the same year.

She filed a lawsuit against Breitbart.com’s parent firm after the death of her friend and mentor Andrew Breitbart in December 2012.

She served as the host of the Conservative Political Action Conference (CPAC), an annual political gathering attended by conservative activists and elected figures from throughout the US, in 2013.

After Fusilier Lee Rigby, a British Army soldier, was killed on May 22, 2013, Loesch became embroiled in a series of contentious Twitter conversations with Piers Morgan, a British journalist and television personality.
Then Morgan vowed to kick Loesch off his chat show, “Piers Morgan Live,” which is broadcast on CNN. However, the producers were successful in their attempts to resolve the issues peacefully, and Loesch returned to the program in January 2014.

On January 10, 2014, she launched her brand-new daily television program, “Dana,” on Glenn Beck’s talk radio network “TheBlaze” in the United States. In November 2017, she resigned from her job. She serves as a guest host for Michael Savage, Beck, and other well-known American radio personalities.

Her show was no longer broadcast on the St. Louis radio station “KFTK-FM” in 2016. It was eventually picked up by WSDZ-AM. She supported Ted Cruz, a young US senator from Texas, in that year’s race for the Republican nomination to be the party’s nominee for president of the US in the 2016 presidential election.
“Hands Off My Gun: Defeating the Plot to Disarm America” and “Flyover Nation: You Can’t Run a Country You’ve Never Been to” are two of her best-selling books.

She serves as a spokesman for the National Rifle Association (NRA), a non-profit organization in the United States that promotes the right to bear arms. She was chosen in 2016 to serve as the organization’s CEO and executive vice-president Wayne LaPierre’s special advisor on women’s policy.

Dana wed Chris Loesch, a singer and graphic designer, on October 28, 2000. Ewan and Liam, the couple’s two blessed kids, who they homeschooled.

This gorgeous diva with alluring features identifies as a “conservatarian” and enjoys taking loved ones on vacations to far-off places. She also seems to adore animals because she publishes several images of canines of various breeds.

Estimated Net Worth and Salary

American Republican political analyst and broadcaster Dana Loesch has a $2 million fortune. Born in September 1978, Dana Loesch. She is a talk radio personality, author, and a spokesman for the National Rifle Association. Dana Loesch receives an annual salary of $400k for her position at the NRA.