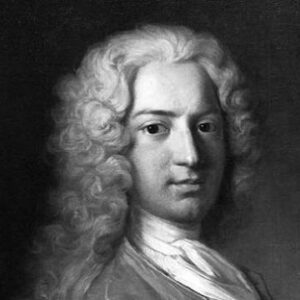 Daniel Bernoulli was a pioneering Swiss mathematician and scientist in the fields of fluid dynamics and gas kinetic theory. He studied not just mathematics and physics, but also medicine, physiology, mechanics, astronomy, and oceanography, with notable success. His father urged him to pursue a business career after he was born into a prominent family of mathematicians. He studied medicine after receiving his Master of Arts degree and was also privately educated in mathematics by his father. Following that, he created a name for himself and was recruited to St. Petersburg, where he taught mathematics for several years. He wrote major writings on mechanical theory during this time, including an early version of his famous dissertation on hydrodynamics. He was then appointed to the chair of physics after serving as a professor of anatomy and botany in Basel. He spent the following 26 years there teaching physics and producing several other notable scientific works. He developed the theory of watermills, windmills, water pumps, and water propellers in one of his most notable works, ‘Hydrodynamica,’ which was a landmark in the theory of the flowing behavior of liquids. The ‘Bernoulli Theorem,’ which is still the basic principle of hydrodynamics and aerodynamics, and forms the basis of contemporary aviation, is perhaps his most significant contribution to science.

His father encouraged him to pursue a commercial career instead of becoming a mathematician. His father sent him to Basel University to study philosophy and logic when he was 13 years old. He received his Bachelor’s degree in 1715 and his Master’s degree a year later.

After that, he consented to study medicine at his father’s request on the condition that his father teach him mathematics privately. Daniel got a Ph.D. in anatomy and botany in 1721 after studying medicine at Basel, Heidelberg, and Strasbourg.

‘Exercitationes quaedam Mathematicae,’ one of his earliest mathematical works, was published in 1723-24. (Mathematical Exercises). It concentrated on differential equations and water physics.

He was named professor of mathematics at the St. Petersburg Academy of Sciences in 1724, a position he held for eight years. He resigned from his job and returned to Basel in 1733 after a brief illness.
He began teaching botany and anatomy at the University of Basel in 1732, and later accepted a position in physiology in 1743.

In his work Hydrodynamica,’ published in 1738, he examined the foundations of the kinetic theory of gases. It dealt with the properties of essential importance in fluid movement, particularly pressure, density, and velocity, and stressed their fundamental relationship.

Following that, he published his most important work, ‘Bernoulli’s principle,’ which asserts that as a fluid’s velocity increases, its pressure falls.
After being appointed to the chair of physics at the University in 1750, he spent the following 26 years as a professor of physics.

He has produced a number of works on mechanics, with a particular concentration on problems involving vibrating strings. He collaborated with Euler on the invention of the Euler-Bernoulli beam equation as well as elasticity.

He also wrote the ‘Specimen theorize novae de mensura sortis (Exposition of a New Theory on Risk Measurement),’ which is the foundation of risk aversion, risk premium, and utility economic theory.

Statistics and probability dominated his later studies. His most recent work includes applying probability theory to a variety of practical issues, including inoculation and the relative number of male and female births.

His most famous work was ‘Bernoulli’s theorem,’ which was connected to hydrodynamics. It effectively states that the whole mechanical energy of the moving fluid, which includes fluid pressure energy, the gravitational potential energy of elevation, and the kinetic energy of fluid motion, remains constant. Many engineering applications, such as aircraft wing design, still use the theorem.

He also laid the groundwork for the kinetic theory of gases and heat by demonstrating that the impact of molecules on a surface can explain pressure and that, assuming constant, random motion of molecules, pressure, and motion both rise with temperature.

He received ten prizes from the Paris Academy of Sciences between 1725 and 1749 for his contributions to astronomy, gravity, tides, magnetism, ocean currents, and ship conduct at sea.
He was elected a Fellow of the Royal Society in May 1750.

In 1735, the University of Paris jointly rewarded him and his father for their work on planetary orbits. However, Daniel’s father, who regarded himself as far superior to his son, drove him out of the house for being treated equally to him.
He died in Basel, Switzerland, on March 17, 1782.

Daniel is one of the wealthiest and most well-known celebrities. Daniel Bernoulli’s net worth is estimated to be $5 million, according to Wikipedia, Forbes, and Business Insider.