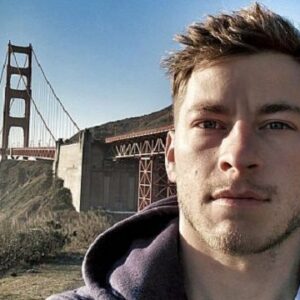 Daniel Paul Fredinburg was an American Google executive, inventor, explorer, climate activist, and entrepreneur. His birth name was Daniel Paul Fredinburg. He was the head of privacy at Google X and the originator of Google Adventure Team, an initiative to map the Earth’s formations and geological regions at a degree of detail comparable to Google Earth’s street-level depiction of cities and other populated areas. Fredinburg was also the co-creator of various software innovations and methodologies that Google has patented. In his career, the American multitalented personality worked for Boeing in the defense industry. He died in 2015 as a result of brain injuries he sustained in an avalanche at Mount Everest-South Base Camp after the April 2015 Nepal earthquake. Fredinburg did not reach the summit of Mount Everest during his lifetime, but he did reach the summits of Mount Kilimanjaro in Africa, Mount Elbrus in Europe, and Aconcagua in South America.

Daniel Fredinburg began his military industry career with Boeing, where he focused on future combat systems. After being employed by Google in 2007, he made significant contributions to the organization. More than a dozen software innovations and methodologies were created by him.

Similar to Google Earth’s street-level view of cities and other populated places, he created Google Adventure Team to map formations and geological locations on Earth. Fredinburg was also the head of privacy at Google, the co-founder of Save the Ice and The Laundry SF, and a Project Loon advisor.

Google selected Fredinburg as one of four employees to document Mount Everest climb routes for a project. On April 24, 2015, he unfurled a SaveTheIce.org banner atop the Nepalese Himalayan landmark Kala Patthar for the SaveTheIce.org climate change campaign.

Prior to his death in an avalanche caused by the Nepal earthquake that same year, Fredinburg had climbed the extremely inaccessible and challenging Puncak Jaya, the highest peak in Oceania.
Fredinburg had also climbed Mount Kilimanjaro in Africa, Mount Elbrus in Europe, and Aconcagua in South America.

Daniel Paul Fredinburg was born in Mission Viejo, California, in the United States on September 8, 1981. At age 15, he left home to attend the Arkansas School for Mathematics, Sciences, and the Arts. Then he attended the University of California, Irvine, where he graduated in 2004.

Fredinburg dated American actress Sophia Bush from 2013 to 2014. Despite their split, the two remained good friends.
Fredinburg died on April 25, 2015, from brain injuries sustained during an avalanche at Mount Everest’s South Base Camp.

Dan Fredinburg is one of the wealthiest and most well-known celebrities. According to our research, Wikipedia, Forbes, and Business Insider, Dan Fredinburg has an estimated net worth of $1.5 million.