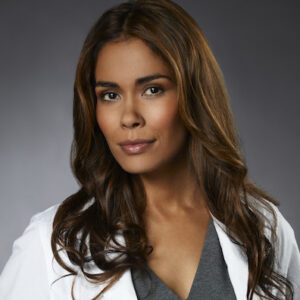 Daniella Alonso is an American film and television actress who began her career as a successful model. This lovely Latina beauty was born to parents of Puerto Rican, Peruvian, and Japanese ancestry and has made a name for herself in the acting world in a short amount of time. Since 1997, Daniella has been in a number of films and prime-time television series. Her 20-year career has seen her play a range of characters, earning her acclaim from critics and adoration from audiences. She was best known for her roles as Carlotta in the 2007 television series ‘Friday Night Lights’ and Nora Clayton in the 2012 fantasy drama series ‘Revolution.’ Despite her extensive film and television credits, Daniella wants to keep a low profile and avoid the spotlight as much as possible. However, fame has a habit of finding its prey with relative ease. Daniella is well-known on social media, with a large following on Instagram, Twitter, and Facebook. Her net worth was estimated to be around $2 million in April 2017.

Daniella was discovered and signed by an agent from the prestigious Ford Modeling Agency. Daniella quickly began booking projects, first for print ads and then for commercials. She appeared in teen publications such as Seventeen, Teen, and YM. Aside from these, Daniella has appeared in over 30 national advertisement ads and over 20 Spanish-language advertisements. Cover Girl, Clean and Clear, Target, Volkswagen, Footlocker, and Clairol are just a few of the prestigious commercial campaigns in which Daniella has appeared.

She’s also had a successful prime-time television career. In 2001, she made her television debut on the crime drama series ‘Law and Order: Criminal Intent.’ Between 2001 and 2015, she appeared in a variety of similar themed television shows such as ‘Law and Order,’ ‘CSI: NY,’ ‘CSI: Miami,’ ‘CSI: Crime Scene Investigation,’ and ‘Rizzoli & Isles.’ ‘Saving Grace,’ ‘Friday Night Lights,’ ‘Stargate: Atlantis,’ ‘Without a Trace,’Knight Rider,’Medium,’Private Practice,’Covert Affairs,’ and ‘iZombie’ are among her other drama television programs.

Among her many single-episode roles, she landed the recurring character of Anna Taggaro in the sitcom “One Tree Hill” in 2004-2005, for which she featured in 12 episodes. In 2008, she landed a lead part in the television series ‘My Generation.’ Daniella is most recognized for her role as Nora Clayton in Season 1 of the fantasy drama series ‘Revolution,’ which premiered in 2014. She reprised her role as a guest star in season 2 of the series.

She is currently appearing as Catherine in the new show ‘Animal Kingdom,’ in which her character is one of the main characters.

Daniella, a dedicated actor and animal lover, has been a PETA supporter since she was a child. She has two fur-babies of her own, whom she cherishes to no end. Nora, a Labrador puppy, is also hers. Despite the fact that she has stumbled upon this glamorous and glitzy career, she is grounded enough not to take it all too seriously.
She has worked hard over the years, but she has never pursued success as if it were the most important thing in the world. Her dazzling excellent looks have captivated the entire world. In 2006, she was ranked 41st on Maxim Magazine’s Hot 100 list.
Hundreds of mixed-race women look up to her as proof that you can achieve in mainstream Hollywood despite your differences.

Danielle is a very private person who does not reveal anything about her personal life to the media. She graduated from Marymount Manhattan College in New York with a Communications degree. She is the youngest of two siblings, with a brother and a sister. She has been married to Aaron Hernandez since 2013, however the couple has yet to produce children.