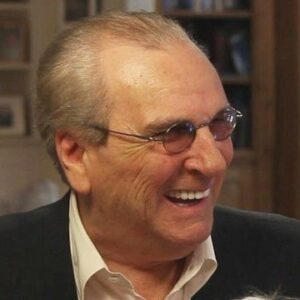 An American actor and musician by the name of Danny Aiello, Daniel Louis Aiello Jr. The Godfather: Part II, Once Upon a Time in America, The Front, Hudson Hawk, The Purple Rose of Cairo, Leon: The Professional, Lucky Number Slevin, Do the Right Thing, and 2 Days in the Valley are just a few of the movies he has appeared in. His most notable performance was in the miniseries “The Last Don,” which he has also worked on television. He has also made contributions to the theater. Gemini, Hurlyburly, The Floating Light Bulb, and The House of Blue Leaves is a few of the stage productions he has performed in. He has performed on many big-band-sounding albums, including “I Just Wanted to Hear the Words,” “My Christmas Song for You,” and “Live from Atlantic City.” The seasoned actor is the father of four children, including the late stuntman/actor Danny Aiello III.

A career in television and film

Early in the 1970s, Daniel Louis Aiello Jr. started acting in motion pictures. He had an appearance in “The Godfather Part II” (1974). He co-starred in the 1980 film “Defiance” as the main character. In the movie “Fort Apache, The Bronx” the next year, he played a racist New York City police officer. In the movie “Once Upon a Time in America,” the actor was later hired to play the police chief.

He worked on several major motion pictures between 1985 and 1987, including “The Purple Rose of Cairo,” “Radio Days,” and “Moonstruck.” After that, he played a crucial part in the movie “Do the Right Thing.” He played a sympathetic character in the horror film “Jacob’s Ladder” in 1990. He appeared in the comedy “Prêt-à-Porter” about the fashion world four years later. In the miniseries “The Last Don,” the actor further portrayed Don Domenico Clericuzio.

Danny Aiello is a singer who has contributed to the Hudson Hawk, Remedy, and Once Around soundtracks. Several CDs, such as “I Just Wanted to Hear the Words,” “My Christmas Song for You,” and “Live from Atlantic City,” have also been released by him. He also portrayed the title role in Madonna’s video for the song “Papa Don’t Preach” in 1986.

Danny Aiello has made contributions to the theater in plays like “Gemini,” “The House of Blue Leaves,” “Hurlyburly,” and “The Floating Light Bulb” in addition to his work in film, television, and music. Additionally, he performed in the Broadway version of “Wheelbarrow Closers” in 1976. He played a shoemaker in the Antony Marsellis-directed drama “The Shoemaker” in 2011.

Daniel Louis Aiello, Sr. and Frances welcomed Danny into the world on June 20, 1933 in Manhattan, New York, the United States. There were five of them. His high school was James Monroe.

In 1955, the actor wed Sandy Cohen. Jamie, Rick, Stacey, and stuntman/actor Danny Aiello III, who passed away in 2010 from pancreatic cancer, were the couple’s four children.

I Only Know Who I Am When I Am Somebody Else: My Life on the Street, On the Stage, and in the Movies is the title of Danny Aiello’s autobiography, which was published in 2014.

At the time of his passing in 2019, American actor Danny Aiello had a $6 million net worth. On December 12, 2019, Danny passed away at the age of 86. In addition to “Once Upon a Time in America,” “The Purple Rose of Cairo,” “Moonstruck,” “Ruby,” and “Do the Right Thing,” Danny Aiello was well-known for his roles in other movies as well. For his work in the latter, he was nominated for an Academy Award for Best Supporting Actor. He played the lead in the miniseries “The Last Don” and the crime drama “Dellaventura” on television. Aiello also made numerous theatre appearances, notably in Broadway productions of “Hurlyburly,” “Gemini,” and “Wheelbarrow Closers.”