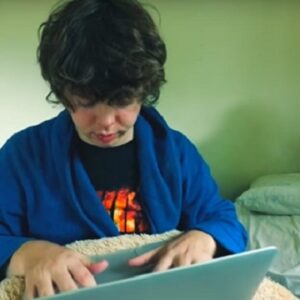 Danny Edge is a budding musician, Viner, and YouTuber whose admirers fall to their knees whenever he appears on film. Danny is becoming better and better with each new video, from being that YouTuber with an outrageous sense of humor to be an amazing singer and musician to even educating his audience on delicate subjects. Danny is a well-known figure among his Instagram followers as well as on “YouTube” thanks to his postings and quick videos about virtually anything. It is safe to conclude that he is unquestionably on his path to becoming successful on social media with this kind of accomplishment at just 19 years old! And with the kind of unique, outrageous, and incredibly funny video content that he shares with his pal on their second channel, “ExclamationPointYT,” it’s impossible to miss the limelight. Go ahead and be lost in the sweetness of all his videos if you’re one of those who hasn’t seen his magic before!

It only took Danny Edge’s sense of humor and musical talent for him to win the hearts of his fans. Who can help but binge-watch strange challenge videos and ridiculous perspectives on various hot issues, especially when they’re created by a teen who can make us giggle with ease? And Danny’s fan base just keeps growing every day! Beginning his social media experience on “Vine,” he quickly attracted attention for his musical abilities, which essentially propelled him to popularity.

Danny felt that social media might be his ideal career because of the praise and requests for more uploads that people were pouring into his account.

Danny soon went one step further and started a “YouTube” channel so he could show off more of his impressive skills to a larger audience. Almost 162,000 people subscribe to Danny’s self-titled channel, where he can be seen being his true, unvarnished self while participating in stupid challenges or expressing his loud, humorous opinion on seemingly random yet insightful subjects.

His shift from serious to humorous in videos like “Marina Joyce isn’t okay” and “Pranking YouTubers with song lyrics” is flawless. Along with his best friend, Paul Zimmer, Edge is a member of the duet “ExclamationPointYT,” which is seen taking over the YouTube channel.

This slightly trendier channel, which has a ton of videos about their crazy, eventful life, is really popular. The audience would stop doing anything to watch the channel’s next-level challenges, like “Eat it or wear it” and the “Snow challenge disaster”!

Why Danny Edge Is So Unique?

Regardless of how amazing Danny is, there will always be detractors, like the villains in movies, to sabotage and squash positive energy. However, Danny chose to speak out with positivity and handled everything like a champ rather than breaking under the hate. Danny essentially replies to remarks that called him names and identified him as “gay” in the video “Coming Out.”

However, Danny emphasizes the gravity of the issue and assures his audience that standing out from the crowd is something to be proud of. Furthermore, nobody should find names or designations like that offensive. Very motivating, Mr. Edge!

When Danny was once embroiled in a scandal, his video “A subscriber ripped out my piercing” generated a ruckus among his viewers. Later, he published an “Instagram” shot in which he admitted that, in reality, it was his fault and not anyone else’s that the eyebrow piercing had been torn out.

Here, he also addressed the topic of disappearing from social media, which in fact raised some eyebrows among the followers. Danny acknowledged that he was going through some tough times and vowed never to stop using social media.

On December 28, 1997, Daniel Joseph Edge was born in Annapolis, USA. Little is known about Danny’s family life, however, in one of his videos, he claims to have six siblings. Danny first became interested in music when he was two years old, and by the time he was ten, he was an expert at playing the piano, guitar, and ukulele. Danny needs to move up the success ladder to even greater heights, we hope!

One of the wealthiest and most well-known YouTube stars is Danny. Our research revealed that Danny Edge has a net worth of $5 million from sources including Wikipedia, Forbes, and Business Insider.