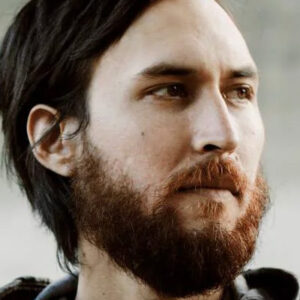 The romantic life of Golden Globe Award-winning American actress Kate Hudson has been the subject of a lot of recent press. All the rumors were put to rest when she appeared on the red carpet with musician Danny Fujikawa and didn’t hold back in showing her devotion to him, including kissing him in front of the cameras during the premiere of her mother Goldie Hawn’s new film ‘Snatched.’ Fujikawa is a former member of the folk rock band ‘Chief,’ which he co-founded with his brother, Michael, in Santa Monica, California. The band published songs including ‘Night And Day,’ ‘Breaking Walls,’ and ‘Mighty Proud,’ as well as an EP called ‘The Castle Is Gone’ and an album called ‘Modern Rituals.’ Along with Chris Acosta, the lead man of the musical group ‘The Delta Mirror,’ he co-founded ‘Lightwave Records.’ ‘Machines That Listen’ and ‘Better Unsung’ are two of the group’s albums published on the label. Fujikawa has received a lot of media attention as Kate Hudson’s new boyfriend, who is renowned for her penchant for musicians based on her previous engagements.

Fujikawa is a musician and one of the four founding members of the folk-rock band ‘Chief.’ His brother Michael Fujikawa, as well as Mike Moonves and Evan Koga, whom he met while attending New York University, are among the band’s other members. He remained the band’s guitarist and also provided backup vocals.

The band, received generally positive reviews, as compared to other bands such as ‘Local Natives’ and ‘Coldplay.’

The members of the band split up in 2011 due to “creative and personal disagreements,” with a farewell gig conducted at ‘The Troubadour’ in Los Angeles on June 14 of that year. They did, however, reunite subsequently, as lead vocalist Evan Koga confirmed on Twitter in July 2012.

In 2013, Fujikawa and Chris Acosta, the lead man of the musical group ‘The Delta Mirror,’ co-founded ‘Lightwave Records.’ The company’s Facebook page describes its launch as “a means for artists to share their music on their own terms.”

Three full-length albums and a couple of music videos have already been released by the label. Fujikawa’s ‘Cellophane Castle’ (2013) and The Delta Mirror’s ‘Better Unsung’ (2013) are among the albums (2013).

It also published a cover of Ave Grave’s ‘Beloved Enemies,’ which was first released by ‘The Shimmies’ on July 27, 2010.

He has not yet ventured into mainstream acting, but he did lend his voice as someone on the other end of a phone conversation in the comedic drama film ‘Scumbag,’ which was released on March 18, 2017.

His recent romantic relationship with actress Kate Hudson has gotten him a lot of press. Speculations abound after the duo was sighted numerous times in Los Angeles. On March 19, 2017, Kate was caught kissing him outside a juice bar.

Kate officially confirmed her relationship with him and the two walked the red carpet together during the premiere of Kate’s mother Goldie Hawn’s new film ‘Snatched’ on May 10, 2017, where the new couple shared an affectionate smooch in front of the cameras, putting an end to all rumors and speculations.

Except for the fact that he was born and reared in Los Angeles and has two brothers, Michael and Brady, little is known about this young musician’s childhood and family life. He was a student at New York University.

Danny Fujikawa is an American musician and record label owner who has a net worth of $1 million.