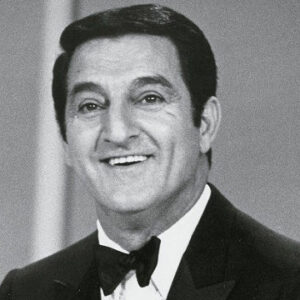 Danny Thomas is not only remembered as a gifted comedian and accomplished actor, but also as a true humanitarian. He began his career as a comedian in American nightclubs and quickly advanced to become a television and film actor, before moving on to producing shows and discovering new talent and new faces. His most well-known role was that of a cast member on the television sitcom ‘Make Room For Daddy’. Interestingly, while Thomas was struggling, he vowed to establish a shrine dedicated to St Jude Thomas. In 1950, he and his wife raised funds to fulfill their dream, and in 1962, they founded St. Jude Children’s Research Hospital. Since its inception, the hospital has been dedicated to treating and saving the lives of young children. Additionally, it is devoted to discovering cures for medical complexities.

He attended Woodward High School and then enrolled in the University of Toledo as a Roman Catholic. He became a member of Tau Kappa Epilson fraternity during his time at the university.

He began his radio career in 1932, performing at WMBC’s happy Hour Club. Danny Thomas became his given name following his relocation to Chicago in 1940.

He worked on a variety of shows throughout the 1940s, including The Bickersons, Drene Time, and as ‘Jerry Dingle’ on The Baby Snooks Show. Additionally, he appeared on NBC’s ‘The Big Show.’

Not content with radio, he also made appearances in films. In the film ‘I’ll See You in My Dreams,’ he co-starred with Doris Day as songwriter Gus Kahn. He was eventually cast opposite Peggy Lee in the 1952 film ‘The Jazz Singer.’

Furthering his ventures, he landed a role in the television series ‘Make Room For Daddy’ in 1953. It lasted 13 years, until 1965, as The Danny Thomas Show. His on-screen and off-screen chemistry with junior artist Angela Cartwright was instrumental in the series’s success.

Meanwhile, in 1959, he co-starred in an episode of NBC’s ‘The Ford Show’ with child actors Angela Cartwright and Rusty Hamer.

Following a successful career as a television actor, he became a television producer for ‘The Dick Van Dyke Show. He went on to produce numerous additional shows, including ‘The Andy Griffith Show’ and ‘The Mod Squad’.

Additionally, he produced three seasons of the shows ‘Walter Brennan: The Real McCoys,’ ‘The Tycoon,’ and ‘The Guns of Will Sonnett.’ Apart from producing the shows, he appeared as a guest on several of them.

Apart from developing new shows for audiences, he promoted new talent and was instrumental in launching Mary Tyler ‘Moore’ onto the television screen, thereby granting her her first major break.

In the early 1970s, ‘Make Room for Daddy’ was revived for a second league, dubbed ‘Make Room for Granddaddy’. The series, which lasted only one season, revolved around a plot in which he looked after his grandson while his daughter was away on a lengthy business trip with her husband.

Following his appearance in ‘Make Room for Granddaddy,’ he appeared in a small role on ‘One Big Family’ from 1986 to 1987. The show was a situational comedy about a semi-retired comedian whose grandchildren were orphaned after their parents died in a car accident.

Apart from starring in a slew of television shows, films, and radio productions, he made a name for himself in commercials and by endorsing a variety of products.

Pope Paul VI bestowed the title of Knight Commander of the Order of the Holy Sepulchre on him in recognition of his contributions to the church and community.

In 1983, President Ronald Reagan presented him with the Congressional Medal of Honor for his work with St. Jude Children’s Research Hospital. He received the 2004 Bob Hope Humanitarian Award posthumously.

During his early years as an actor, he met Rose Marie Mantell, an accomplished singer with her own show. On January 15, 1936, the two were married.

Margaret, Theresa, and Charles Anthony were the couple’s three children. Throughout his adversity, he had vowed to open a shrine once he achieved success.

In 1962, he and his wife established the St. Jude Children’s Research Hospital in keeping with their promise.

He was an active member of the Good Shepherd Parish in Beverly Hills, California, as well as the Catholic Motion Picture Guild.

Few people are aware that he was an avid golfer who inspired two PGA Tournaments to be named after him. He was the first non-Jewish member of Los Angeles’ Hillcrest Country Club.

He died of heart failure on February 6, 1991. He was laid to rest in a mausoleum on the grounds of the Memphis-based St. Jude Children’s Research Hospital.

He was seen posthumously in a commercial for St Jude Hospital that he had shot moments before his death. The US Postal Service honored him for his humanitarian work and contribution as an entertainer by issuing a first class forever stamp featuring him enrobed in a tuxedo outside St. Jude Children’s Research Hospital.

Danny Thomas net worth: Danny Thomas was an American comedian, singer, actor, and producer. At the time of his death, he had a net worth of $20 million (after adjusting for inflation).

Danny Thomas was born in January 1912 in Deerfield, Michigan and died in February 1991. His career spanned five decades, and he is best remembered for creating and starring in the television sitcom Make Room for Daddy, also known as The Danny Thomas Show, from 1953 to 1964 as Danny Williams.

This actor best known for his role as Daddy in the television sitcom ‘Make Room For Daddy’ founded St Jude Children’s Research Hospital.