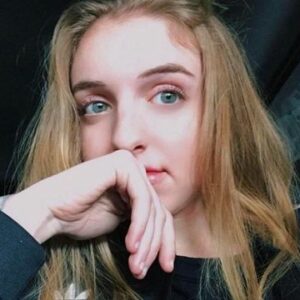 Johnny Orlando, a well-known YouTuber and pop musician, has an elder sister named Darian. Her siblings and parents are well-known on Instagram and other social media sites. Darian has frequently made an appearance in her siblings’ YouTube videos. Johnny has mentioned how Darian helped him have a successful career. Many of Johnny’s songs, including “Replay,” “Summertime,” and “Never Give Up,” were written by her. On the family’s Musical.ly (now known as TikTok) account, Darian frequently uploads videos.

From a young age, Darian was drawn to artistic pursuits. She particularly enjoyed recording videos. Later, she focused on editing, which is how she became interested in video production. She made a video showcasing her brother Johnny as a sign of affection for him, and it was actually rather good. Her brother became famous because of the video, that she created. Then, Darian’s parents supported her decision to continue her education in the field of filming and editing.

Darian decided to enroll in a four-year study in filmmaking on the advice of her parents. She kept making films for her brother at the same time. Darian’s superb video-making abilities and Johnny’s personality helped his YouTube channel amass millions of viewers. It all started with a cover of a well-known Justin Bieber song. Since that time, Darian has served as the foundation for her brother’s popularity on YouTube.

She currently fills a variety of tasks, including business manager for her famous brother and videographer, editor, content creator, and producer. She also oversees the pre- and post-production steps of making a video, including coming up with ideas, producing the video, editing, and handling her brother’s email and social media accounts as well as responding to comments and other feedback.

Darian follows a set strategy throughout her workday since she prefers to work methodically. Darian also manages the branding, marketing, and public relations for her brother. She is fully aware of what is necessary for a successful pop singing career. Darian is a humble individual who is never hesitant to ask for guidance from seasoned YouTubers in order to better herself.

The career development of Darian’s parents’ children in their separate industries has also been greatly aided by them. They relocated to Los Angeles from Oakville, Ontario, in an effort to provide their children with a successful profession. Darian gained the moniker “YouTube MBA” when she and her family relocated to Los Angeles due to her outstanding managerial abilities. Darian, who oversees the company’s creative direction, has also written a few songs for her brother, including “Summertime,” “Never Give Up,” and “Replay.” Each of the songs went on to become a number-one hit.

Johnny discussed their remarkable bond with Darian in an exclusive interview. The only person who should be given credit for his professional development thus far, he continued, is Darian.

Darian is almost ready to enroll in a prestigious business school after successfully completing her four-year management program. The main difficulty Darian faces is juggling both Johnny’s work and her studies. She currently resides in Los Angeles, where she also oversees Johnny and Lauren’s professional careers. In order to handle both her schooling and her siblings’ careers, she is trying to enroll herself in a business program in Los Angeles.

As of 2022, Darian Orlando’s net worth is anticipated to be at 1.5 million dollars.