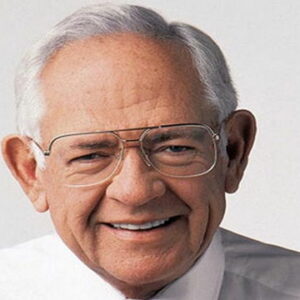 People have been grumbling for years about not being able to locate the perfect pizza or the perfect spaghetti while visiting various restaurants and fast food establishments, but has anyone looked beyond whining? One of them succeeded in becoming the owner of Wendy’s, the third most popular burger restaurant in the United States. Dave Thomas unwittingly rewrote history in the realm of fast food and left a legacy that has lasted through the ages in an attempt to resuscitate the prestige of hamburgers in Columbus. His difficulty to find a nice hamburger in Columbus prompted him to take initiative and create his own business selling real and delectable hamburgers. Thomas took a step forward in his career and launched Wendy’s, a fast-food restaurant chain specializing in hamburgers, based on his years of experience in the restaurant sector garnered from working at Hobby House Restaurant and his successful effort at reviving the KFC brand. He was the company’s chief executive officer, and within a few years, it had grown from a small business to a massive burger franchise with over 6000 locations. Thomas was not only the founder of Wendy’s, but he was also the face of the company, appearing in over 800 ads between 1989 and 2002. Continue reading to learn more about his life and career.

Dave Thomas was born in Atlantic City, New Jersey, to a single mother who eventually gave him up for adoption. Rex and Auleva Thomas adopted him when he was six weeks old. When Thomas was five years old, his adoptive mother died. His grandmother Minnie Sinclair reared him in Michigan while his father looked for work. His grandma instilled in him the qualities of reverence and respect.

At the age of 12, he began working at The Regas, a restaurant in Knoxville, Tennessee. The job, however, did not last long because he had a falling out with his supervisor. He moved with his father, vowing never to lose a job again, and worked as a paperboy, golf caddy, and at a drugstore soda fountain counter.

He began working part-time at the Clauss family’s Hobby House Restaurant in Fort Wayne, Indiana, when he was 15 years old. In the meantime, he completed his formal education at a nearby high school. Instead of joining his family when they moved from Fort Wayne, he stayed behind and went to work full-time at the restaurant, dropping out of high school in his tenth year.

He volunteered for the US Army at the outbreak of the Korean War in 1950. He chose to serve in the same capacity because he already had a few years of expertise in food manufacturing and service. He was assigned to the position of mess sergeant in Germany. He was in charge of feeding 2000 soldiers every day. He was promoted to staff sergeant in a short period of time. He was relieved of his duties in 1953.

He resumed his job at Hobby House after returning to Fort Wayne. Colonel Harland Sanders, the originator of Kentucky Fried Chicken, arrived in Fort Wayne to sell franchises to existing businesses. Sanders was able to work alongside Thomas, who was later appointed to the position of head cook at Hobby House Restaurant, after Clauss’ family reluctantly accepted the offer.

His time with Sanders proved to be a valuable learning, development, and polishing experience for the former, as he learned, developed, and polished his business acumen at this period. Sanders, who was looking to revitalize the KFC brand and improve sales, quickly embraced his proposals. He moved to Columbus, Ohio, in the mid-1960s to resuscitate the future of four KFC restaurants owned by the Clauss family, all of which were in the red.

Surprisingly, he transformed the restaurants’ fortunes in a matter of years, converting them into thriving businesses to the point that he sold his interests to Sanders for more than $1.5 million in 1968. He was often whining about how hard it was to get delicious hamburgers in Columbus, Ohio, so he decided to start making them himself. He pushed on and created his own business, backed by his business abilities and knowledge garnered through restoring the KFC brand.

On November 15, 1969, he opened Wendy, his first restaurant. Melinda Lou, his eight-year-old daughter, was nicknamed Wendy, and the restaurant was named after her. Wendy’s quickly became popular among the city’s foodies, who praised the product for its distinctive shape and variety of toppings. Wendy’s became the city’s most popular restaurant due to increased demand and widespread popularity.

His single restaurant quickly expanded, and in less than a decade, it had grown into a franchise with over 1000 locations. Wendy’s had become a well-known hamburger chain both within and outside of the United States. He resigned from his day-to-day operational responsibilities in 1982, only to return three years later, in 1985. The company suffered substantial difficulties during the hiatus, with weak balance sheets, dwindling brand popularity, an unpopular breakfast menu, and declining revenues.

He returned to action for Wendy after receiving a call from the company’s President. He took an active part and went to each of the franchisees, motivating and inspiring the employees to work harder to improve the brand’s reputation.
He became a television spokesman in 1989, promoting Wendy in a series of advertisements. Though the advertisements first failed to impress the audience due to his lack of acting talents, a tweak in the script resulted in the desired effect, and Wendy’s fame quickly grew.

By the 1990s, he had established himself as the brand’s face and a household name. He led Wendy’s success to make it the country’s third most popular burger restaurant, after McDonalds and Burger King, with more than 800 ads. There were around 6000 franchises in the company. He returned to school in 1993, despite believing dropping out of high school to be his biggest mistake and a horrible example for teenagers. In the same year, he attended at Coconut Creek High School and received his GED.

He was a member of the Shriners and a Freemason at Sol. D. Bayless Lodge No. 359 in Fort Wayne, Indiana. He was awarded the honorary 33rd degree in 1995. He was recognized into the Junior Achievement United States Business Hall of Fame in 1999. He was also an honorary Kentucky colonel at the time.

In 1956, he married Lorraine for the first time. The marriage had five children, the youngest of whom was Melinda Lou, also known as Wendy, after whom he named his restaurant brand. He started the Dave Thomas Foundation for Adoption, a pioneering organization that provides benefits to people who adopt children. He was an adoptive child himself. President George W. Bush appointed him as a national spokeswoman on adoption issues due to his growing popularity.

In December 1996, he underwent quadruple bypass surgery. Though he returned to his active job as a brand marketer, he began getting kidney dialysis in the early months of 2001. He passed away on January 8, 2002, at his home in Fort Lauderdale, Florida, from liver cancer. He was laid to rest in Columbus, Ohio’s Union Cemetery.
He was posthumously awarded the Presidential Medal of Freedom in 2003.

Dave Thomas has a $3 million net worth as an actor, comedian, and television writer from Canada. Dave Thomas was born in May 1949 in St. Catharines, Ontario, Canada. From 1976 through 1981, he was a regular on the television series SCTV. He played Russell Norton on the TV series Grace Under Fire from 1993 to 1998.