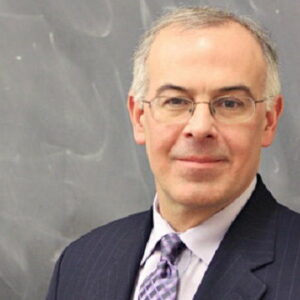 David Brooks is an American journalist, social analyst, and top political commentator who was born in Canada. He has a deep understanding of the American way of life and is a skilled observer and analyst of politics and foreign affairs. As a college student, he often wrote reviews and satirical pieces for campus publications. After he graduated, he started working as a police reporter, which changed the way he thought about society. He started out as a liberal philosopher, but he became a light conservative over time. Later, he worked as a correspondent, film critic, and editor for many newspapers and magazines. He has also given his thoughts on a number of social and political issues as a radio commentator. In addition to being an analyst, he is also a very successful author. His works, such as “Bobos in Paradise” and “On Paradise Drive,” focus on the cultural and social influences in the United States. He called the style of both of these works “comic sociology.” It makes us think about how we live in a funny, entertaining, and thought-provoking way. He has a talent for making people laugh while also giving them a deep understanding of what’s going on in the world. He has become a great writer, a great journalist, and a smart observer of the world around him.

He went to the Grace Church School when he was young. Later, his family moved to Philadelphia, where he went to Radnor High School and graduated in 1979.
In 1983, he went to the University of Chicago and got a Bachelor of Arts in history.

After he graduated, he started working as a police reporter for the City News Bureau, a wire service that is owned by both the Chicago Tribune and the Chicago Sun-Times. As a reporter for Chicago’s crime beat, he became more conservative because of his job.

In 1984, Buckley’s “National Review” magazine took him on as an intern. As a wealthy author and commentator, Buckley had full access to a high-class lifestyle, which was part of the training. After he finished his internship, he worked for a while at Stanford University’s Hoover Institute. He then went to work for the Washington Times, where he wrote editorials and reviews of movies.

As an analyst, he often worked with NPR shows like “All Things Considered” and “The Diane Rehm Show.” His articles have been published in The New Yorker, The New York Times Magazine, Forbes, The Washington Post, and The Public Interest, among other top newspapers and magazines.

He is also a well-known writer who has written books like “Bobos in Paradise: The New Upper Class and How They Got There” (2000) and “On Paradise Drive: How We Live Now (And Always Have) in the Future Tense” (2004).

He also wrote “The Social Animal: The Hidden Sources of Love, Character, and Success” and edited “The Best American Essays” volumes. He was in charge of putting together “Backward and Upward: The New Conservative Writing,” a collection of essays.

In 2006, he taught an undergraduate seminar at Duke University’s Terry Sanford Institute of Public Policy as a visiting professor of public policy.
In 2013, he taught a course at Yale University about philosophical humility.

He is best known for writing an opinion column for “The New York Times” and for being a political analyst on “The News Hour with Jim Lehrer,” a TV news show.

In 2004, he set up an award to recognize the best political and cultural journalism of the year. The “Sidney Awards” are given out every year. They are named after the great philosopher Sidney Hook.

He has been given honorary degrees from many well-known schools, including Williams College, New York University, Brandeis University, and Occidental College.
In 2010, he was invited to join the American Academy of Arts and Sciences as a member.

While he was going to school at the University of Chicago, he met his wife, Jane. In 1986, they got married. She became a Jew later and changed her name to Sarah. They are lucky to have three children.

David Brooks is on the list of the most popular and wealthiest journalists. Based on what we found on Wikipedia, Forbes, and Business Insider, David Brooks is worth about $6 million.