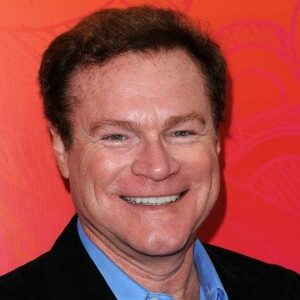 The American actor David Keith is known for playing rough, Southern characters on stage and in movies. He is also known for being tall and in good shape. At the beginning of his acting career, he played small parts, but in the 1980s, he started getting offers to play the main character in movies. He always knew he wanted to be an actor, so while he was in college, he took a course in theater and speech. He started acting by taking part in plays on stage. He joined the Clarence Brown Theatre Company and was in musicals like “Brigadoon” and “The Music Man.” After that, he worked at the Goodspeed Opera House, where he acted in country and western musicals. He was determined to get to the big screen, so he started looking for TV roles. He was picked to be the main character in a TV show called “Co-ed Fever,” but the show was canceled after the first episode. This was a big letdown, but the brave actor didn’t give up and soon got more acting jobs. He got to act in the TV drama “Friendly Fire” with Carol Burnett and Ned Beatty, which went on to win several awards. He also started making movies and became a director with the movie “The Curse.”

His father, Lemuel Grady Keith, worked in the personnel department at the Tennessee Valley Authority. His mother, Hilda Earle, worked for the Knox County Board of Education.

From a young age, he was interested in the performing arts. He went to the University of Tennessee and got a Bachelor of Arts in Speech and Theatre.

He started out as a theater artist before he became an actor. He joined the University of Tennessee’s Clarence Brown Theatre Company and performed in plays like “The Music Man.”

After he graduated from high school, he moved to New York City to try acting for real. In 1977, he joined the Goodspeed Opera House in Connecticut and performed in “The Red Bluegrass Western Flyer Show,” a country and western musical.

He moved to Los Angeles to try out for TV shows because he wanted to make it bigger. In 1978, he was chosen to play a small part as Fred Collins on the TV show “Happy Days.”
In 1979, he got the chance to be in a TV drama called “Friendly Fire” with Carol Burnett and Ned Beatty. The show got good reviews, and Keith’s performance made him stand out.

In 1979, he was in the musical drama “The Rose,” which is about a troubled rock star who can’t handle the stress of being famous. It was a story about Janis Joplin’s life that was made up.
In the 1980 NBC miniseries “The Golden Moment: An Olympic Love Story,” he played an American athlete who falls in love with a Soviet gymnast.

In 1982, the role of Aviation Officer Candidate Sid Worley in the movie “An Officer and a Gentleman” was his big break. The plot is about a candidate for officer rank who gets into a fight with a sergeant.
He was in the 1984 science fiction thriller “Firestarter,” which was about a young girl who can control fire with her mind. Drew Barrymore and George Scott were also in the cast.

In 1987, he made his first horror movie, “The Curse,” which was based on H.P. Lovecraft’s book “The Color Out of Space.”

In the comedy movie “Heartbreak Hotel,” which came out in 1988, he played Elvis Presley. It was a made-up story about how the great singer was said to have been kidnapped and saved.
In the 1994 movie “Major League II,” which was the follow-up to the 1989 movie “Major League,” he played a selfish sports star.

He had a small part in the 1995 drama film “Gold Diggers: The Secret of Bear Mountain,” which is about two brave girls who go into the caves under Bear Mountain.
In the 1999 family fantasy adventure “Secrets of the Andes,” he played an archaeologist. The person he plays is the girl’s father, and the girl has special skills.

This talented actor did a lot of good work in the 2000s. In the 2000 TV show “Walker, Texas Ranger,” which was an action-packed crime drama, he played the role of Cliff Eagleton.

In the drama film “An Officer and a Gentleman,” he played Aviation Officer Candidate Sid Worley. This was his most well-known role. It was about a man who wants to be an officer and how he gets into trouble with the sergeant who trains him. The critics liked what he did in the movie.

He was nominated for a Golden Globe Award for his role in the movie “An Officer and a Gentleman” as Best Supporting Actor and New Star of the Year (1982).

Since 2000, he has been married to realtor Nancy Clark. He was a spokesman for PROTECT: The National Association to Protect Children.

American actor and director David Keith has a net worth of $1.5 million. In May 1954, David Keith was born in Knoxville, Tennessee. He has been in more than 100 movies and TV shows. In 1991, he played Arlo Weed on the TV show Flesh ‘n’ Blood.