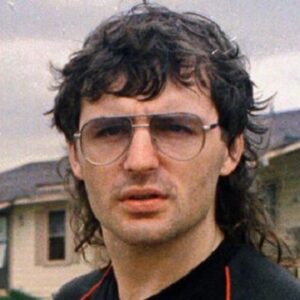 A controversial figure named David Koresh served as the head of the ‘Branch Davidians’ religious cult. The followers of the cult anticipated the end of the world because they thought David was the final prophet of God. They accumulated weapons of mass destruction as part of their preparations, which resulted in a police raid on their Texas complex and a terrible end to their activities. Koresh was bullied as a child and lived all of his life in Texas. A few older boys also sexually assaulted him. As he grew older, he experienced a number of failed relationships, and the resulting bitterness greatly influenced the way his mind worked. He began preaching about how he was a prophet and joined the cult known as the “Branch Davidians.” Koresh had children with numerous women from his group while facing numerous unsubstantiated allegations of child sex abuse. He disguised his actions as divine schemes. Following a “Federal Bureau of Investigation” (FBI) raid at their Texas facility on April 19, David and many of his adherents were discovered dead. His cause of death is still unknown, and it is unclear if he committed suicide or was killed. As a result, the apocalypse did indeed arrive for him, though not precisely as he had predicted.

On August 17, 1959, in Houston, Texas, to a single mother named Bonnie Sue Clark, Vernon Wayne Howell was born. When Bonnie gave birth to him, she was only 14 years old. Even before David was born, his biological father, Bobby Wayne Howell, wed someone else rather than Bonnie. Bonnie then kidnaps David and moves in with a violent and drunken man, starting David’s tough childhood.
David’s mother soon divorced the man and left David in her parents’ custody. At the age of seven, David’s mother returned. She married Roy Haldeman, a carpenter, and brought him along with her. In 1966, David received a stepbrother from the respectable family he had finally found and got along well with.

David experienced bullying and loneliness during his adolescence. He once talked about a time when some older boys sexually assaulted him. Dyslexia caused him to perform poorly in school, which was unfortunate. He left high school after his junior year as a result of this. He then started working as a carpenter. He also wanted to be a rock star, so he went to Los Angeles to try his luck, but he wasn’t very successful.

He got his then-girlfriend pregnant at the age of 22, while she was just 15 years old. He finally developed a religious outlook. He fell in love with the pastor’s daughter while attending the “Southern Baptist Church” on a regular basis. He insisted that God had sent him a message requesting him to wed the pastor’s daughter. He was promptly expelled from the church.

A lesser-known cult called the “Branch Davidians” was started in 1955 by Ben Roden. Early in the 1980s, David and his band joined the group and gave a concert at the “Mount Carmel Center.” In the cult by 1983, David had grown to be fairly powerful and had started making claims that he was the final prophet.

The future leadership of the cult, led by George Roden, was dissatisfied due to David Koresh’s growing prominence in cult affairs. David endangered George’s position as the next leader, who was intended to be George. David was able to preach to the disciples in part thanks to George’s father Lois Roden.
David disguised his marriage to Rachel Jones, a member of the sect, as a divine mandate. This temporarily stopped the cult’s power struggle. The cult was split into two, nonetheless, when David attracted additional adherents. One portion supported David, while the other sided with George. Mild violence resulted from this, and David was ultimately expelled from the group under threat of force. He was followed by a number of his supporters to Palestine, Texas.

David started on a recruiting drive in 1985 while residing in harsh camps with 25 followers. This led to a significant increase in the size of his cult. He traveled extensively in the UK and Australia. Israel was another place where he looked for followers.

By 1987, Lois had passed away and George had shown himself to be a poor leader, putting the ‘Branch Davidians’ in peril. When the cultists started demanding Koresh’s return as a result, George made the decision to put an end to everything by declaring a standoff with David. He dared David to do the forbidden deed of raising the dead. David reported the incident to the authorities, but it was dismissed for lack of supporting documentation.

A shootout started when Koresh and seven of his devoted supporters broke onto Mount Caramel. When George’s troops did not back off, a full-fledged battle ensued. When questioned about the altercation, David stated that he had simply broken in to gather enough evidence against George to support the police report he had made. George was injured during the battle. Soon, Koresh’s case was ruled to be a mistrial. He was also charged with child abuse, but the charges were never established.

After the incident, he assumed control of the cult’s management, and by 1989, he had already begun to establish himself as a brutal leader. Many of the female members of the cult that Koresh attracted were married off as part of his involvement in a number of spiritual rites. Wayman Dale Adair, a preacher who professed to be a prophet, was killed by him in 1989. After that, Koresh was detained and admitted to a mental facility.

He legally changed his name to “David Koresh” in 1990 and was then let go from the mental hospital. He quickly made his way back to his stronghold on Mount Carmel and announced that he had cracked the “Seven Seals” of the “Book of Revelations.” He declared that the world will end, but that he and his followers would live on.

Within the walls of Mount Carmel, David Koresh was assembling weapons of mass destruction. When the authorities learned about this, they stormed the college on February 28, 1993, sending in fighters from the “Bureau of Alcohol, Tobacco, and Firearms.” In return, the “Army of God” launched an assault, setting up one of the bloodiest gunfights Texas had ever witnessed.

Four agents and six Koresh supporters were killed at the end of the four hours of nonstop gunfire. After a while, the firefight came to an end, but the standoff went on for the next 51 days.
The campus caught fire after the “FBI” used tear gas on April 19, 1993, a few hours after the bombing. It murdered nearly all of the cult’s six dozen “godmen” and “godwomen.” Among the deceased, David Koresh was discovered. The gunshot wound on his skull, nevertheless, suggested a failed suicide.
This was an instance of religious craziness that resulted in helpless people falling for the tricks of phony preachers and “godmen.” The incident has been the subject of several documentaries.

One of the wealthiest and most well-liked religious leaders is David Koresh. According to our study of data from sources including Business Insider, Forbes, and Wikipedia, David Koresh’s net worth is roughly $1.5 million.