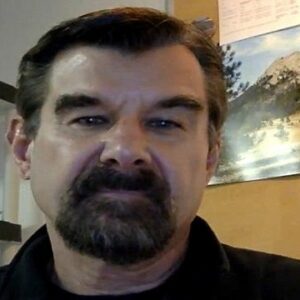 An American cryptid named Bigfoot actually exists, according to author, producer, and cryptozoologist David Paulides. He has also connected a number of people’s disappearances in national parks and elsewhere to unknown, enigmatic causes. He joined the Fremont Police Department after graduating from college, and a few years later he was transferred to the SWAT unit of the San Jose Police Department. Later, he was promoted to the investigator and worked in the Vice/Intelligence Unit on a variety of tasks. After voluntarily leaving the police, Paulides briefly worked as an executive in the technology industry before being requested to investigate the likelihood that Bigfoot exists. He started out as a cryptozoologist, went on to self-publish two books, and founded the organization North America Bigfoot Search. Even though he sponsored a research paper on the topic through the group, it garnered negative reviews. Paulides decided on Missing 411 as his subsequent endeavor, working on it as he published a couple more self-published books and produced a documentary. His research on this subject, meanwhile, drew harsh criticism as well.

Education and the Law Enforcement

David Paulides graduated from the University of San Francisco with both his undergraduate and doctoral degrees. He had always wanted to work in law enforcement and be a police officer because he was curious and intuitive. He made the decision to join the police force after his time as a student came to an end. In 1977, he received his training and was assigned to Fermont, a tiny town in the San Francisco Bay Area.

He was transferred to the adjacent Jose Police Department three years later, in October 1980, and worked there for the remaining nearly two decades of his career. He worked with the SWAT Team’s patrol division, the Patrol, and the Street Crimes Unit (street decoy work). In the Vice/Intelligence Unit, he was later elevated to the position of detective.

Paulides was about to quit the SJPD when he got a job offer in the software industry. He held a number of rewarding jobs and made more money than he ever had. He worked as an executive whose responsibility it was to comb through companies, look into their histories, and do due diligence in the formation of partnerships and acquisitions.

An occupation as a cryptozoologist

David Paulides received, in his own words, “an odd offer,” after retiring from technology. He received financing to establish conclusively if Bigfoot actually exists or if it was a sophisticated fake. He agreed and gradually assembled a capable and unified team to support him in his inquiry.

They conducted the largest Bigfoot / Sasquatch DNA investigation ever conducted, which involved interviewing hundreds of witnesses who said they had seen the creature.
He founded “North America Bigfoot Search,” a research organization of which he is the current director, and has written two self-published books on the subject, “Hoopa Project” (2008) and “Tribal Bigfoot” (2009).

A novel hominin hybrid species, also known as “Bigfoot” or “Sasquatch,” did exist in North America, according to a paper titled “Novel North American Hominins, Next Generation Sequencing of Three Whole Genomes, and Associated Studies” that was published in January 2013 in the first issue of “DeNovo: Journal of Science.”

The article received its first critique soon after it was released from Sharon Hill of Doubtful News for the Committee for Skeptical Inquiry. She called into doubt not only the credibility of the paper but also of DeNovo itself, calling its website “clunky” and “amateurish.” The geneticists who read the paper, according to the journal “The Scientist,” were not impressed.

The report, which took five years to write, ultimately did not succeed in altering the scientific community’s belief in Bigfoot. It was flatly rejected and garnered a lot of criticism for inaccurate data reporting and flawed DNA testing. Bigfoot is still regarded as a myth, a creation combining American folklore, mistakes in animal recognition, and outright untruth. Paulides is adamant that they have established the existence of the creature, though.

His subsequent significant contribution dealt with unresolved missing person situations in the US and international national parks. He had first been invited to check into the dubious nature of some of the missing person instances that had happened in the parks by a park ranger who was aware of his prior work. Paulides says that he has discovered numerous lines of evidence underscoring the park service’s inability to locate the missing people. Later, he broadened his studies to include the entire world.

Data analyst Kyle Polich, host of the podcast “Data Skeptic,” is one of his harshest opponents on this. Polich came to the conclusion that the so-called anomalous disappearances were not unique and could be accounted for by plausible factors.

David Paulides is married and the father of two kids, a daughter who rowers and a son who plays ice hockey. Ice hockey is something Paulides has experience with; he has coached in the past and is currently a scout for the North American Hockey League.

His request for a delayed vesting status with a total of 16.5 years of service with the San Jose Police Department was approved in 2011.