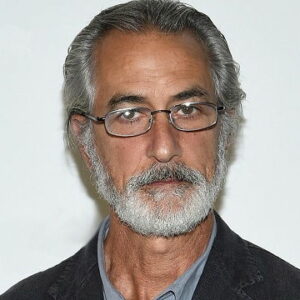 An American actor named David Strathairn entered the mainstream of Hollywood by appearing in many films directed by John Sayles, a classmate of his at Williams College. For his depiction of journalist Edward R. Murrow in the 2005 film “Good Night and Good Luck,” he was nominated for an Academy Award. In the Bourne Series of movies, which starred Matt Damon as renegade CIA agent Jason Bourne, he also garnered a lot of acclaim for his performance as Noah Vosen, the deputy director of the agency. In the Steven Spielberg-directed 2012 biopic “Lincoln,” he portrayed William Henry Seward, Abraham Lincoln’s secretary of state. Strathairn is revered for his outstanding performances in a variety of supporting roles and is regarded as one of the best character performers of his generation. Another significant aspect of his burgeoning acting career is his outstanding television work. For his varied television roles, Strathairn has received nominations and wins for numerous Primetime Emmy and Golden Globe Awards.

Thomas Scott Strathairn Jr. and Mary Frances welcomed David Strathairn into the world on January 26, 1949 in San Francisco, California.
His mother worked as a nurse, while his father was a doctor. He has two siblings: a sister named Anne and a brother named Tom, a teacher.

Redwood High School in Larkspur, California, is where he attended. He earned his degree from Massachusetts’ Williams College in 1970. At Williams College, David Strathairn became friends with actors Gordon Clapp and John Sayles, with whom he frequently works.

At the Ringling Brothers and Barnum & Bailey Clown College in Venice, Florida, he also studied clowning. He even briefly performed as a clown in a traveling circus.

David Strathairn made his acting debut in the 1980 film “Return of the Secaucus 7,” which was helmed by John Sayles, a classmate, and friend from Williams College. Strathairn has frequently worked with Sayles throughout his career on movies like “Passion Fish,” “Limbo,” “Matewan,” and “City of Hope.”

He appeared in the 1983 movie “The Brother from Another Planet” with John Sayles as one of the “guys in black.”
He portrayed Moss in the acclaimed television series “The Days and Nights of Molly Dodd” from 1988 to 1991. He appeared in the 1988 film “Eight Men Out” as baseball star Eddie Cicotte.

In 1989, he appeared in Harold Pinter’s play “Mountain Language” in the twin roles of Officer and Prisoner. In the same year, he played Edwin Booth in W. Stuart McDowell’s “Booth! A House Divided.” The part of “Edwin Booth” in a workshop performance of McDowell’s play “Booth! A House Divided” at “The Players” in New York City was created by Strathairn and Maryann Plunkett.

In the 1991 television miniseries “Son of the Morning Star,” he played Capt. Frederick Benteen, a commander in the US 7th Cavalry.
In 1994, he portrayed Kerner in Tom Stoppard’s drama “Hapgood.” He appeared as Devlin in the 1999 New York City premiere of the Harold Pinter play “Ashes to Ashes,” which was written in 1996.

In the movie “L.A. Confidential” from 1997, David Strathairn portrayed a shady millionaire engaging in criminal activity in the city of Los Angeles.
In the 1999 film adaptation of “A Midsummer Night’s Dream,” he portrayed “Theseus,” the Duke of Athens. He portrayed the lead role in the 2000 film “Harrison’s Flowers.”

He co-starred in the 2004 psychological thriller movie Twisted with Andy Garcia, Samuel L. Jackson, and Ashley Judd as a doctor.

He portrayed Captain Keller, the father of Hellen Keller, in the 2000 adaptation of “The Miracle Worker.”
He made an appearance in the 2006 film “We Are Marshall,” which is about the Marshall University football team following the horrific plane crash that killed the majority of the squad members in 1970.

He co-starred with Paul Giamatti, who played a fictionalized version of himself, in the comedy-drama “Cold Souls” in 2009. In the film, Paul Giamatti’s character hires a business to help him deep freeze his soul. Sophie Barthes, who received much praise for her direction, helmed the film.

Robert Wegler was Strathairn’s character in the popular HBO television series “The Sopranos” from 1999 to 2007.
He played the lead role in the 2007 independent film “Steel Toes,” which was based on David Gow’s stage drama “Cherry Docs.” At Philadelphia’s Wilma Theatre, he played the lead role in the play’s world debut.
He portrayed Arthur Spiderwick in the 2008 children’s film “The Spiderwick Chronicles,” which was made by Paramount Pictures.

He served as the narrator for a video biography of Barack Obama. Before President Obama’s acceptance speech at the 2008 Democratic National Convention, the film was shown as a prelude.
He had an appearance in the 2009 documentary movie “The People Speak.” A People’s History of the United States, written by historian Howard Zinn in 1980, served as the basis for the documentary.

He portrayed CBS newsman Edward R. Murrow in the 2005 movie “Good Night, and Good Luck.” The movie is about the ideological conflict that arose between Senator Joseph McCarthy and Edward R. Murrow in the 1950s over McCarthy’s “witch-hunt” against Communism. He was nominated for “Best Actor” at the Golden Globes, Screen Actors Guild (SAG), and Academy Awards for his performance.

American actor and producer David Strathairn has a $6 million dollar net worth. In the 2005 film “Good Night, and Good Luck,” Strathairn played Edward R. Murrow, for which he was nominated for an Oscar; in the 2010 HBO film “Temple Grandin,” he played Dr. Carlock, for which he was awarded a Primetime Emmy.

After attending Ringling Bros. Clown College, Strathairn spent six months acting as one-half of a conjoined twin in the circus before filming a political video for Kirsten Gillibrand’s congressional candidacy in the 20th District of New York in 2006.

In order to portray chain-smoking Edward R. Murrow in the 2005 film “Good Night, and Good Luck,” Strathairn, a nonsmoker, had to light dozens of hand-rolled cigarettes filled with far milder pipe tobacco.
He participates in the Board of Advisors for the Rosendale Theatre Collective.