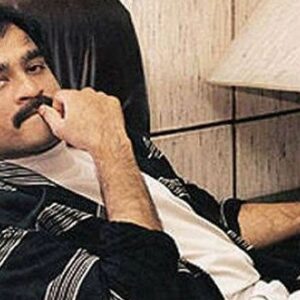 The 1993 Mumbai bombings were planned by the notorious Indian mobster and designated terrorist Dawood Ibrahim. He was raised in Dongri, Mumbai, the son of a “Mumbai Police” constable. He began by doing menial occupations like fixing vehicles and operating rickshaws. After becoming involved with the “Haji Mastan” gang in his late teens, he started engaging in criminal activity. Moreover, he is alleged to have collaborated with the “Karim Lala” gang. After his well-known fight with the “Haji Mastan” gang, he started the notorious “D-Company,” his own group, in the 1970s. The organization traffics weapons and illegal drugs through the “hawala” system in more than 25 nations worldwide. His involvement in the 1993 Mumbai serial bomb bombings, which he and Tiger Memon organized, somehow helped him get national attention. He is reportedly residing in Karachi, Pakistan, and has been designated a “global terrorist” by both the US and Indian governments. Dawood, one of the most sought-after terrorists in Indian history, has been on the National Investigation Agency’s (NIA) “Most Wanted” list for a very long time.

On December 27, 1955, in the small Maharashtrian town of Khed, in the Ratnagiri district, Dawood Ibrahim Kaskar was born. His mother Amina was a stay-at-home mom, and his father Ibrahim Kaskar was a chief constable for the “Mumbai Police.”

The family relocated to Mumbai’s Muslim-heavy neighborhood of Dongri. Dawood, who was raised in a lower middle-class household, has always had loftier aspirations. He left school early because academics weren’t really his thing, and he soon began working. He made a living as a mechanic and rickshaw driver, but he was dissatisfied with both jobs.

When he was in his teens, he had already begun engaging in small-time crimes and frauds. He sold inexpensive knockoff timepieces in Mumbai’s bustling “Crawford Market,” tricking customers with bogus price tags. Numerous grievances were filed against him. He continued to commit such minor crimes until he was in his late teens.

A teenage Dawood joined forces with the notorious “Karim Lala” and “Haji Mastan” gangs while he was in his late teens as a result of their notoriety. He engaged in minor altercations with his gang members because he wanted to become an underground leader. He fought primarily for Haji Mastan. He became a dreaded figure during the well-known gang conflict between the “Haji Mastan” and the “Pathan” gangs.

All hell broke out when the “Pathan” gang murdered Sabir, one of Dawood’s brothers. Manya Surve, a gangster who allegedly participated in the murder, teamed up with the “Pathans” to take on Dawood and the “Haji Mastan” gang. One of Mumbai’s worst organized crime conflicts had just occurred.

Dawood eliminated all members of the “Surve” and “Pathan” gangs as well as their allies. As soon as Haji Mastan entered politics, Dawood grabbed control of the Mumbai gang scene. He had migrated to Dubai and started the “D-Company” by that point. He established the largest Indian “hawala” racket and conducted his commercial operations from Dubai. He trafficked drugs and weapons as well.

He went on the rampage between 1983 and 1988, eradicating all significant groups in Mumbai, and as a result, rose to become the unchallenged boss of the Mumbai underworld. Karim Lala, a seasoned crook, was compelled to make a ceasefire with him. In Mecca, there was a truce. No other gang attempted to rival him because of the widespread murders that terrified people to death.

In order to increase his power, Dawood relocated to Dubai in 1986 and forged a partnership with the local “sheiks.” He quickly rose to the top of the list of most feared gangsters in Dubai because he loves to instill dread in others.

The “Inter-Services Intelligence” (ISI), Pakistan’s secret intelligence organization, teamed up with Dawood in the early 1990s in order to profit from the widespread intercommunal strife in India, particularly in Mumbai. Dawood was given more funding and support by ISI. In exchange, Dawood joined the scheme to undermine Mumbai’s foundation.

The Mumbai assaults were planned by Tiger Memon, and Dawood’s network of smugglers was used to transfer the attack’s weaponry into Mumbai. Additionally, he was charged with planning and funding the series of explosions that killed 257 unintentional victims on March 12, 1993.

He has been included on the Indian government’s “Most Wanted” list ever since the explosions. He was also on the radar of the USA due to his purported links with Osama bin Laden. Due to this, he was added to a list of international terrorists with a $25 million head bounty.

Additionally, Dawood has been linked to every other terrorist group operating in the Indian subcontinent. His involvement in the riots in Gujarat in 2002 and the Mumbai attacks in 2008 is still up for dispute.

Times Now, an Indian news outlet, once asserted that Dawood had resided in Karachi, Pakistan, since 2015. Dawood was listed as having nine houses in Pakistan and three passports in a file created by the Indian government for Pakistan.

Several Bollywood actors and directors have occasionally faced inquiries regarding their purported relationships with Dawood. A few producers allegedly used money from the mafia to finance movies, according to several news accounts from the 1980s and 1990s. Additionally, according to reports, Dawood was dating prominent Hindi cinema star Mandakini.

Dawood is alleged to have engaged in the practice of extorting money from prominent members of the film business. There are rumors that Dawood Ibrahim gave the order for the murder of Indian music mogul Gulshan Kumar. Despite having a significant impact on Bollywood, Dawood seems to have lost the support of the industry once he was implicated in the 1993 bombings.

The Bollywood movie “Chori Chori Chupke Chupke” was purportedly financed by Chhota Shakeel, one of Dawood’s most devoted gang members, although the claims were never proven. However, it also suggested that there might still be a link between Bollywood and organized crime.

Dawood is a well-known cricket enthusiast who is suspected of having wagered illegally on important cricket matches. In 2013, former Indian cricketer Dilip Vengsarkar made the allegation that Dawood had visited the Indian dressing room during a 1986 match between India and Pakistan in Sharjah and had offered to give each player an expensive car if India won. Dawood reportedly received bad treatment from the then-Indian captain, Kapil Dev, who asked him to leave the locker room.

Dawood’s life has been the subject of several films, including “D,” “Company,” and “Once Upon a Time in Mumbai.” But in his film “Black Friday,” director Anurag Kashyap gave the most brutally honest assessment of Dawood’s contribution to the Mumbai explosions. The movie wasn’t released until 2004 after being banned for a very long period.

His lone son Moin Ibrahim became a “maulana” in 2017, and Dawood apparently did not take kindly to this. Dawood was claimed to have suffered from depression for a very long time as a result of his son’s decision to follow the path of religion rather than lead a comfortable life.

Haseena Parkar, his sister, was also a contentious figure who took a lot of heat for her brother’s deeds. In a gang conflict, her husband was killed. Any ties to her brother have been categorically denied by her.

According to Forbes, Dawood Ibrahim is an Indian criminal with an estimated net worth of $6.7 billion as of May 2015.