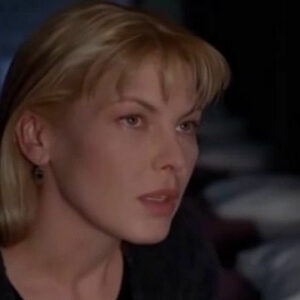 A Canadian actor named Deborah Kara Unger is best known for the movies “The Game,” “Payback,” and “White Noise.” She is one of the actors who has successfully juggled roles in both high-profile commercial films and low-budget independent ones. She studied acting at the National Institute of Dramatic Art (NIDA), Australia, after being born and raised in Vancouver, Canada. She was the first person from Canada to enroll in the school, which is regarded as one of the top acting schools in the world. She began her acting career after graduating from the institute by making appearances in Australian movies and TV shows. She co-starred in the miniseries “Bangkok Hilton” with Nicole Kidman. With roles in movies like “The Game” and “Crash,” her career took off in the middle of the 1990s. In the early 2000s, she eventually made the leap into indie cinema and appeared in movies including “Signs and Wonders,” “Thirteen,” and “Hollywood North.” She has already established herself in the industry thanks to roles in movies including “A Dark Truth,” “Fury,” “The Way,” and “Walled In.”

Deborah Kara Unger was born to a scientist mother and a gynecologist father on May 12, 1966, in Vancouver, British Columbia. She was a difficult little girl and a defiant child, which worried her parents a lot.

She was a mischievous little child, but she was also a very clever student who, at age 11, moved up two grades. But despite the fact that she was frequently intimidated by the older students in her class, she rarely let it go to her head and frequently tried to appear older and blend in.

She set up a false identification for herself, adding a few years to her real age. She purchased cigarettes for herself using her fictitious ID. She was largely autonomous when she was younger and had even worked at “McDonald’s.”

When she was 16 years old, she started going to casinos because she was naturally curious, and she now believes that these small experiences have made her more mature and intelligent than other children her age. She also did exceptionally well in the classroom and received an excellent high school diploma.

She then enrolled at the “University of Victoria” to continue her economics and philosophy studies. She became interested in performing and movies while in college. She quickly enrolled in the NIDA, a reputable Australian training program.

She was aware that the institute’s admissions procedure was rigorous and that no Canadian had ever been accepted. She was delighted to learn that the prestigious Australian institute had accepted her application, making her the first Canadian to do so.

She began her career in the Australian entertainment sector not long after she received her diploma from the institute. She made her acting debut in the miniseries “Bangkok Hilton” in 1989 alongside Nicole Kidman, who was still a rising star at the time. She made her cinematic debut with “Till There was You” the following year. Her performance received favorable reviews despite the fact that the movie did not perform well at the box office.

After appearing in a few more Australian movies and TV shows, she relocated to Hollywood in the early 1990s and began applying for more prestigious parts. She was cast in 1993’s anthology drama series “Hotel Room.” David Lynch, a well-known director, co-created the drama, and Deborah was a major player in the second episode.

She was cast in the sexually explicit psychological thriller “Crash” by David Cronenberg in 1996. Deborah portrayed the main female character in the hotly contested movie, which earned mixed reviews from reviewers and viewers. She also had appearances in “Keys to Tulsa” and “No Way Home” that same year.

She was recruited by renowned filmmaker David Fincher to take the lead in the 1997 thriller “The Game,” which has managed to amass a cult following since its premiere. She shared the screen with Michael Douglas and Sean Penn, two of Hollywood’s finest actors. She then appeared in the independent film “Luminous Motion,” in which she played an anonymous mother.

She was a part of the 1999 Hollywood blockbuster movie “Payback.” In the movie, she portrayed the important character of “Lynn Porter,” which was also Mel Gibson’s. The movie ended up being among the most popular ones of the year.

She had a pivotal role in the critically and commercially successful HBO series “The Rat Pack” in 1998. She made appearances in the Denzel Washington blockbuster “The Hurricane” and the acclaimed drama “Sunshine” in the late 1990s.

So far, it appeared that she was achieving the ideal mix between high-budget Hollywood blockbusters and low-budget documentaries with strong content. She tried out for several jobs at the time with actors like Tom Cruise and Brad Pitt, but they weren’t very helpful.

Her career drastically changed in the early 2000s when she began concentrating on low-budget indie flicks. She was a part of the psychological thriller “Signs and Wonders,” which was screened at numerous film festivals all over the world.

She appeared in the independent anthology “Ten Tiny Love Stories” in 2001. She then appeared in “Leo” and “Between Strangers.” She won a lot of praise for her roles in movies including “Thirteen,” “Hollywood North,” and “Paranoia 1.0.” She built a solid reputation for herself over time in the low-budget film industry.

When questioned about her love of independent movies, she responded that since most global film industries do not promote new talent, she felt it rewarding to do so.

For her work in the independent film “Between Strangers” in 2002, she received a “Genie Award” nomination for “Best Performance by an Actress in a Leading Role.” She won a “Method Fest” prize in 2004 for her work in the highly regarded movie “Emile.”

She proceeded to make appearances in critically praised movies including “Things That Hang from Trees,” “Silent Hill,” “The Alibi,” “Walled In,” and “The Way” from the middle to the end of the 2000s. She had established herself by that point in the business. She refused to follow the norms set by the industry and only accepted roles that emotionally affected her.

She returned to Canada in 2011 to play the lead in the medical drama “Combat Hospital,” and in “Silent Hill: Revelation” in 2012, she played a significant role.
She starred in the movie Fury in the years that followed, and then she appeared in the television movies The Hollow and Dangerous Arrangement.
She appeared in “Jackals” and the Nicolas Cage-starring action film “Vengeance: A Love Story” in 2017.

Deborah Kara Unger has never made many details about her private life public. She is not married right now.
She commutes regularly between Los Angeles and Vancouver for work even though she lives in Vancouver.

Her methodical behavior has gotten her into a lot of trouble. For instance, she is alleged to have broken her foot during the filming of the 1997 movie “The Game” after jumping into garbage full of rats.

Many reputable domains are currently unaware of Deborah’s income. Her lucrative job must, nevertheless, have given her great fortune.