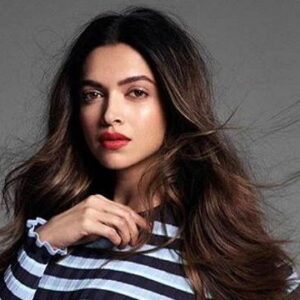 Deepika Padukone is a well-known Indian model-turned-actress who has achieved international acclaim. Deepika Padukone, who was born in Denmark and raised in India, aspired to be a world-class badminton player like her father Prakash Padukone. Her desire to pursue an athletic career faded quickly, though, as she discovered her true calling as a model. Deepika Padukone had established herself as the country’s supermodel, walking high-profile ramp shows, gracing the Kingfisher Calendar Girl, and starring in a couple of ad films, so it was only logical for her to take the next step and pursue a career as an actor. Her first Kannada film, ‘Aishwariya,’ marked her acting debut, but it was her first Hindi film, ‘Om Shanti Om,’ that rocketed her to stardom. She has established herself as one of Hindi cinema’s best actresses by giving outstanding performances in films such as ‘Yeh Jawaani Hai Deewani,’ ‘Goliyon Ki Raasleela Ram-Leela,’ ‘Piku,’ and ‘Bajirao Mastani.’ With the action flick ‘xXx: Return of Xander Cage,’ she has now moved into Hollywood. She is currently one of the highest-paid actresses in the world.

Deepika Padukone was born in Copenhagen, Denmark, on January 5, 1986, to international badminton player Prakash Padukone and Ujjala Padukone. Her father was a well-known badminton player in the past. Anisha, her younger sister, works as a professional golfer.
When Deepika was a year old, her family moved to India and settled in Bangalore. Deepika received her pre-university education at Sophia High School and then Mount Carmel College. She had enrolled at IGNOU to earn a Bachelor’s degree in Sociology, but she dropped out to pursue a modeling career.
She was completely focused on badminton as a child and played competitively from an early age. She later realized, however, that badminton was not her true calling. In 2004, she went all out to seek a modeling career under the guidance of Prasad Bidapa, a fashion stylist.

Unlike many models who fight to break into the industry, Deepika Padukone’s path was quite easy. She debuted on the runway during Lakme Fashion Week in 2005. She was featured in the Kingfisher Calendar the following year. She rose to prominence after appearing in the music video for Himesh Reshammiya’s song “Naam Hai Tera.”
She began to receive film offers soon after. She, on the other hand, not being one to rush into things, enrolled in an acting training at the Anupam Kher Film Academy to prepare herself for the role.
Deepika Padukone made her acting debut in 2006 with the Kannada film ‘Aishwarya,’ in which she starred alongside Upendra. The film, directed by Indrajit Lankesh, was a huge commercial success. Meanwhile, she had signed a deal for the Hindi film ‘Happy New Year’ with Farah Khan.
Farah Khan cast Deepika Padukone in the 2007 reincarnation melodrama ‘Om Shanti Om’ after her film ‘Happy New Year’ was postponed. It was her first time in Bollywood. She appeared alongside Shah Rukh Khan in it. The film was a huge commercial success, becoming the year’s highest-grossing film. The critics praised Deepika for her acting ability and screen presence.
Following her great success, Deepika received a slew of film offers. ‘Bachna Ae Haseeno,’ ‘Chandni Chowk to China,’ and ‘Love Aaj Kal’ were among her roles. ‘Love Aaj Kal’ was a runaway success and became the third highest-grossing film of 2009, whereas the first two performed mediocrely at the box office. Deepika Padukone was praised for her outstanding portrayal as Meera Pandit.
Padukone’s career plummeted at its lowest point in 2010 after experiencing immense success. Despite the fact that she had five releases planned for the year, none of them helped to further her career. In reality, the majority of them flopped at the box office. To make matters worse, Padukone’s films ‘Aarakshan’ and ‘Desi Boyz’ both underperformed at the box office in 2011, adding to the dismal narrative of failed films in her career.
Deepika Padukone was written off as an actress by critics after a string of bad films. Some thought she had lost her luster, while others claimed she had nothing else to offer. Padukone took all of the criticism in stride and fought back with a spectacular performance in Homi Adajania’s 2012 romantic comedy ‘Cocktail.’ The film was a watershed moment in her career. Deepika was praised as the’soul of the picture’ for her performance as Veronica, an impetuous party girl. The film was a huge success, and it helped her re-establish her acting career.
For Deepika, 2013 was a pivotal year. She appeared in four of the year’s highest-grossing films, confirming her status as the leading actress in contemporary Hindi cinema. To begin, she appeared in Abbas Mastan’s multi-starrer action film “Race 2.” The rom-com ‘Yeh Jawaani Hai Deewani’, directed by Ayan Mukerji, was next in line. She next appeared in Rohit Shetty’s action comedy ‘Chennai Express,’ before wrapping up the year with Sanjay Leela Bhansali’s Shakespearean tragedy ‘Goliyon Ki Raasleela Ram-Leela.’ Critics praised her flawless talent and acting prowess, proclaiming her the industry’s reigning queen.
In the historical drama ‘Kochadaiiyaan,’ she starred alongside Rajnikanth, the Tamil film industry’s God. ‘Happy New Year,’ a previously stalled film by Farah Khan, was released the same year. Deepika’s career was launched with this film, which became one of her most successful. Deepika Padukone’s performance in Shoojit Sircar’s 2015 film ‘Piku’ allowed her to shed her glam-girl-dancing-to-tunes persona and portray a powerful, real, and likable heroine. Deepika’s aesthetic genius allowed the film to create a feminist tone that would not have been feasible without her. Both critically and commercially, her de-glam and restrained-star appearance was praised.
With Sanjay Leela Bhansali’s historic drama ‘Bajirao Mastani,’ Deepika concluded 2015 on a high note. She portrayed a warrior princess who becomes Maratha General Bajirao I’s second wife in the film. Critics praised her performance as Mastani, calling her captivating and enthralling. She learned sword fighting, horseback riding, and kalaripayattu for the film. It was the year’s fourth highest grossing Bollywood film.
Deepika Padukone’s amazing success as an actor allowed her to break down barriers and establish herself as an international star. Deepika Padukone wanted to build a name for herself in Hollywood after making a name for herself in Bollywood. Her first role in Hollywood was in the 2017 action picture ‘xXx: Return of Xander Cage,’ in which she starred with Vin Diesel. Serena Unger, the main character, was played by her. The film received mixed reviews at its initial release.
Deepika Padukone, as talented and gifted as she is, has a lot of projects on her plate. Sanjay Leela Bhansali’s historical epic ‘Padmavati’ will include her in the lead role. Vishal Bhardwaj’s yet-untitled crime thriller and the fourth installment of the ‘xXx’ trilogy, in which she will reprise her role as Serena Unger, are among her other future projects.

While Deepika Padukone’s debut film, ‘Om Shanti Om,’ was a career-defining project, it was not until 2013 that she cemented her place as the leading lady of contemporary Indian cinema. Starting with ‘Race 2,’ ‘Yeh Jawaani Hai Deewani,’ ‘Chennai Express,’ and ultimately ‘Goliyon ki Rasleela RamLeela,’ the year was marked by four of Padukone’s biggest hits. The films gained her critical and financial acclaim, and she became renowned as the industry’s highest rated artist.
Padukone continued her success story in 2015 with the flicks ‘Piku’ and ‘Bajirao Mastani,’ demonstrating her acting prowess. While the former allowed her to shed her glossy persona and portray a powerful feminist, the latter allowed her to test her acting chops in a historical period drama. Both films were huge successes and displayed Deepika’s acting flexibility.

Deepika Padukone was dating Ranbir Kapoor at the time. Following Ranbir’s adultery, the couple split up within a year. Deepika is currently dating Ranveer Singh, an actor.

Deepika Padukone has a net worth of $40 million.