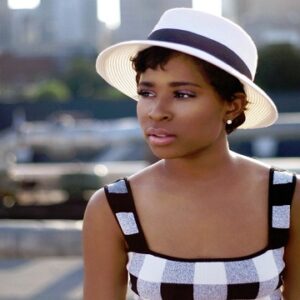 Dej Loaf is a singer, rapper, and songwriter from the United States. Her song, ‘Try Me,’ was included on the Billboard Hot 100 in the United States and was certified gold by the Recording Industry Association of America (RIAA). She debuted in 2011 and has since released three mixtapes, an extended play, and an album. The majority of her singles have charted in the United States, particularly in the R&B and rap music genres. She has been in songs by musicians like ‘Kid Ink,’ ‘Lil Durk,’ and ‘The Game,’ among others. Her songs reflect her traumatic past in certain ways. Her father was murdered when she was four years old, so she grew up alone and turned to music to cope with her loneliness. She began composing music and writing songs at the age of nine as a way of expressing herself. Dej eventually dropped out of a nursing program in college to pursue music full-time in order to get closer to her desired career. She is today regarded as one of the top R&B musicians of our time, and her name is well-known on the internet. She acquired a record deal with the mega-label ‘Columbia Records’ in 2014 and has continued to work under its banner ever since.

Dej Loaf was born Deja Trimble in Detroit, Michigan on April 8, 1991. In her hometown, she grew up with her brothers. Her father was killed when she was four years old, leaving the family in shambles.

Her mother was unable to cope with the bereavement, so she and her brother moved into her grandmother’s house. Their grandmother reared the Trimble siblings. She grew up listening to Rakim, 2Pac, and Miles Davis on the radio, which sowed the roots of her love for music.

She returned home to live with her mother after a few years away. She didn’t make many friends at school and preferred to keep to herself. As a result, she began writing her own songs and making her own music to express herself.

She attended ‘Southeastern High School’ and was one of the class’s brightest pupils. Dej was also a member of the junior varsity basketball squad. In 2009, she received her high school diploma.

She applied to ‘Saginaw Valley State University,’ where she studied nursing, with the goal of making her mother and late father proud.

She began to take her passion for music seriously after three semesters and decided to forego college in order to pursue a career in music.

She came up with a stage name that would appeal to the younger generation before getting down to business. She went by the moniker ‘Dej Loaf,’ which was a combination of her initial name ‘Deja’ and her favorite footwear ‘loafers.’

In 2011, she started focusing on her career. Her first two years of work were difficult, and she had to knock on several doors for help in getting started.

In 2013, she published her first mixtape, titled ‘Just Do It,’ which expressed her desire to tear through obstacles and pursue her aspirations. SAYITAINTTONE, another Detroit rapper, was soon drawn to several of her songs as they went viral.

He signed her to his label, ‘IBGN,’ and offered her a record deal. She followed up with a song named ‘Try Me’ in 2014. The song quickly became popular, and within a week, it was all over the internet.

Drake, a Canadian recording artist, shared a phrase from the song on his Instagram account, further boosting its popularity. The song quickly gained popularity and was charted in the United States.

Columbia Records offered her a record deal after the success of her first single. She signed the contract right after and released her second official mixtape a few months later.

Because of her burgeoning fame, she was included in Eminem’s album ‘ShadyXV’ in the tune ‘Detroit vs. Everybody’ in 2014. The song reached number 28 on the R&B chart and number 23 on the US Rap chart in the United States.

‘Sell Sole’ was the title of her second mixtape. The mixtape was well-received by music critics. With the exception of her smash tune ‘Try Me,’ her single ‘We Be on It’ was the most successful song on her mixtape.

She was announced as the opening act for Nicki Minaj’s ‘The Pinkprint Tour in North America in 2015. Her performance on the tour drew the attention of music fans, which was beneficial to her next EP and album.

‘My Beyoncé,’ a song she co-wrote with rapper ‘Lil Durk,’ was released in 2015. Her debut EP, ‘Columbia Records,’ was published in July 2015. ‘…And See That’s The Thing’ was the title of the extended play.

Her EP was a tremendous hit, reaching number 47 on the US album chart, number 8 on the R&B music album list, and sixth on the Rap album chart.

Dej Loaf released another mixtape, ‘All Jokes Aside,’ in 2016. Her debut album, ‘Liberated,’ was announced shortly after.

Her most popular song, ‘Back Up,’ featuring Big Sean, has been certified platinum by the Recording Industry Association of America (RIAA) since she debuted in the music industry. It reached number 47 on the Billboard Hot 100 and number 10 on the Billboard Rap charts in the United States.

Her smash song ‘Try Me,’ which was certified gold by the RIAA, was included on her second mixtape. It reached number 45 on the Billboard charts in the United States and number 8 on the US Rap charts.

She was nominated for the ‘BET Awards’ in the category of ‘Best Female Hip Hop Artist’ in 2015. The same year, Dej was nominated for a ‘Coca-Cola Viewers Choice Award’ as ‘Best New Artist’ for her song ‘Try Me.’

Dej Loaf’s sexual orientation has been a source of contention, with Aye Redd claiming Dej to be her ex-girlfriend. Dej, on the other hand, has denied being gay and is currently dating contemporary rapper LiLDurk.

She prefers to dress in boyish attire. Chuck Taylor is her favorite. It’s entertaining to her to dress like a boy while yet looking stunning.

Dej Loaf is an American rapper and singer who has a net worth of $2 million.

To pay for her nursing course tuition, she worked as a janitor at a Chrysler factory in Michigan while attending ‘Saginaw Valley State University.’