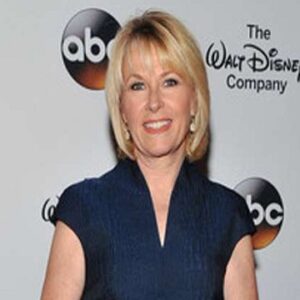 Diana Williams is a well-known name in the news and media industry, both in the United States and internationally. She worked as a career journalist and a prominent TV news anchorwoman for the WABC TV network, anchoring the prime news hours. Her work, particularly her Sunday Special show, has shone a light on a variety of modern socio-political topics, making her one of the network’s most popular anchors and journalists. She is an accomplished journalist who became interested in political reporting early in her career and has continued to break and report stories throughout her career. She has hosted one of the channel’s most popular newscasts and has garnered numerous honors for her reporting. Diana has also been a successful novelist, has written a number of books based on her journalistic experiences. She has also been a wonderful wife and mother to her kid. Diana has been relatively active in social media, with a dedicated Facebook profile and a personal Twitter handle to her name, despite being a mainstream journalist.

Diana grew up in the little town of Durham, North Carolina, where she graduated from high school and went on to Duke University to earn a master’s degree in economics.

She had always been drawn to journalism, and her first job after graduation was as an intern reporter at Durham’s local news channel, WTVD.

She started her career in television journalism at WSOC-TV in Charlotte, North Carolina, where she worked as a reporter. Prior to 1987, Diana made a simultaneous transfer from WSOC-TV to WBTV, another Charlotte television station.

Diana began seeking jobs in large cities throughout the country after a modest start in a small town TV network. When she got a call from WNEV-TV (now WHDH), Boston, she got her first break into the big league of television.

From 1987 through 1991, she worked at the station. In 1991, she secured a job as a news reporter in New York, the world’s economic metropolis. Diana began her career at WABC as a reporter and rose through the ranks to become the weekend news anchor.

The chance gave Diana the push she had been looking for, and she began co-anchoring the network’s 11 p.m. program, ‘Eyewitness News,’ with Bill Beutel, just a year after joining the network.

She continued to report and co-anchor Eyewitness News until 1999 when she joined Beutel to co-anchor the 6 p.m. broadcast.

This was a big shift because Bill had been headlining the newscast alone since 1986, following the retirement of his co-host Roger Grimsby.

Diana began co-anchoring newscasts with Bill Rattner after Bill Beutel retired. In 2003, she joined Roz Abrams to co-anchor the 5 p.m. broadcast. Instead of Roz, she was later joined by Sade Baderinwa, and the two have been co-anchoring the 5 p.m. news hour since then.

She also started hosting a Sunday morning show called ‘Eyewitness News Up Close with Diana Williams,’ which airs every Sunday at 11 a.m. and is a public affairs show.

Diana has never been satisfied with simply filling the job of a prime-time news anchorwoman. She has also pursued her journalistic ambitions by traveling all around the world to cover a variety of subjects. She has traveled to places such as Ireland to report on the political unrest in Northern Ireland.

She’s also reported on illegal immigration across the US-Mexico border in New Mexico. She accompanied Pope John Paul II on all of his trips, including to Israel and various parts of the United States.

Diana is the author of several books. ‘Race, Ethnicity, and Crime: Alternative Perspectives and ‘Crime and Security in Trinidad and Tobago’ are two that stand out.

Diana has also won a number of renowned journalism awards for her efforts. An Emmy Award for the half-hour special ‘Dangerous Crossings,’ which focused on illegal immigration difficulties along the Mexican-Arizona border, is noteworthy.

Diana has thrived as a wife and mother in addition to being a great journalist and TV anchor. Her home is in Westchester County, New York, where she lives with her family. She is an outdoor enthusiast who enjoys tennis and lengthy excursions on lesser-known trails.

She has also done some mountaineering and has had the honor of climbing several of the world’s highest peaks, including Mt. Kilimanjaro, Mount Fuji, Mount Rainer, and Pike’s Peak.

She has been the family’s rock, providing unwavering support to her husband, Douglas, throughout his difficult fight with kidney disease and excruciating stem cell transplant.

When her son Nathaniel, a US Air Force pilot, was involved in a near-fatal road accident in Panama City in 2015, the family was once again subjected to more pain.

During this time, she took a long leave of absence from work and committed her entire time to help her son heal. Nathaniel was able to recuperate from his serious injuries and is currently doing well.

Dianna Williams has a net worth of roughly $2 million. She amassed her fortune through working in a variety of studios.