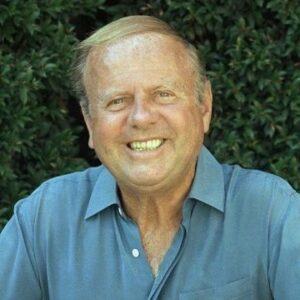 American actor Dick Van Patten was also well-known for his work on behalf of animal welfare. He was well-liked by television viewers for his roles as “Tom Bradford” in the ABC comedy-drama series “Eight Is Enough” and “Jerry” in the weekly anthology series “Insight” with a religious theme. Van Patten had more than 150 credits to his name in movies and television programs throughout the course of his career which lasted more than 60 years. Television series including Mama, The Streets of San Francisco, The Love Boat, Hotel, and Touched by an Angel are among his most well-known productions. In his career, he had roles in many movies, including “Big Brother Trouble,” “Spaceballs,” “Final Embrace,” “Robin Hood: Men in Tights,” and “High Anxiety.” In addition to playing the lead in a small number of movies and TV episodes, Dick has also made countless cameo appearances in both movies and TV shows. He was a fervent supporter of animals and significantly advanced the cause of animal care. He was particularly worried about pets and cats.

Dick Van Patten began his acting career in 1935 on Broadway as a young actor after being chosen to perform a part in “Tapestry in Gray.” Later, while still a teenager, he went on to make appearances in more than a dozen additional Broadway productions. In 1949, in addition to Dick Van Patten, Peggy Wood, Judson Laire, and Rosemary Rice also starred in the CBS Television comedy-drama series “Mama,” in which he was offered the position of “Nels Hansen.” He appeared on the show between 1949 and 1957 as one of the main characters.

He had a number of cameo appearances on television before making his feature debut in 1963. The Silent Service, Mickey Spillane’s Mike Hammer, Rawhide, and Young Doctor Malone were a few of these. He made his acting debut in the year 1963 playing “Lt. Palmer” in the movie “Violent Midnight.” The ABC comedy-drama series “Eight Is Enough,” created by William Blinn, gave him the role of “Tom Bradford” thanks to his acquaintance with the company’s then-president. Dick participated in the program between 1977 and 1981, and the show was mostly based on the book of the same name written by American writer Thomas Braden.

Dick Van Patten appeared in a number of television programs in the late 1970s and early 1980s, including “The Love Boat,” “Too Close for Comfort,” “Hotel,” “The New Mike Hammer,” “Rags to Riches,” and “Growing Pains.” He appeared in programs like “Diagnosis: Murder,” “Baywatch,” “Lois & Clark: The New Adventures of Superman,” “Touched by an Angel,” and “The Love Boat: The Next Wave” during the course of the following ten years.

He had also made numerous cinematic appearances. He participated in a number of Mel Brooks’ films, including the musical comedy “Robin Hood: Men in Tights,” the satirical comedy “High Anxiety,” and the comedic science fiction feature “Spaceballs.” His other film roles were in well-known films including “Groom Lake,” “Love Is All There Is,” “Final Embrace,” and “Big Brother Trouble.” He last made an appearance in a movie in 2009, when he played “Jack Benson” in the movie “Opposite Day.”

Dick Van Patten made contributions to the realm of animal care in addition to being a famous actor in the film and television industries. In 1989, he started the American pet food manufacturer “Dick Van Patten’s Natural Balance Pet Foods.” In order to promote awareness of and support nonprofit guide dog schools in the US, he also established “National Guide Dog Month.”

On November 20, 1985, Dick Van Patten received a star on the Hollywood Walk of Fame. In 2008, he received a Golden Palm Star on the Palm Springs, California, Walk of Stars.

Type 2 diabetes affected Van Patten. In 2005, he experienced a diabetic stroke and was sent urgently to Cedars Sinai Medical Center in Los Angeles. At that point, he totally recovered from the problems. Later, on June 23, 2015, due to complications from diabetes, he passed away at the Saint John’s Health Center in Santa Monica, California. His mortal body was laid to rest in Los Angeles’ Forest Lawn Memorial Park.

Dick Van Patten had a $5 million net worth when he was an actor in the United States. In addition to appearing in over 100 television programs and 40 feature films throughout the course of his career, he is most known for his role as “Tom Bradford,” the father, in the television comedy, Eight is Enough. He started working as a model and actor when he was young. He was born in Kew Gardens, New York, in December 1928. At the age of seven, he made his Broadway debut in Tapestry in Gray. In order to further his acting career, he later relocated to Los Angeles after experiencing success on the New York stage and participating in over a dozen plays as a youngster. His breakthrough performance was in the 1949 television series Mama, which lasted from 1949 to 1957, as “Nels Hansen.” In addition to his prominent part in numerous seasons of Eight Is Enough, Patten also made appearances in episodes of Sanford and Son, Banacek, Arrested Development, The Brian Keith Show, Cannon, The Streets of San Francisco, Adam-12, Emergency!, and Happy Days over the years. He has made cameo appearances in music videos for The Weird Al Show and starred in various Mel Brooks-directed movies, such as High Anxiety, Spaceballs, and Robin Hood: Men in Tights. From 1993 to 1995, he also provided commentary for the World Series of Poker. Dick Van Patten received a star on the Hollywood Walk of Fame in 1985 and another plaque on the Palm Springs Walk of Stars in 2008. Since 1954, he had been wed to Patricia Poole, also known as Pat Van Patten. Up until his passing in 2015 at age 86, the couple reared their three boys in Sherman Oaks. Van Patten, who had long struggled with Type 2 Diabetes, died as a result of complications from the condition.