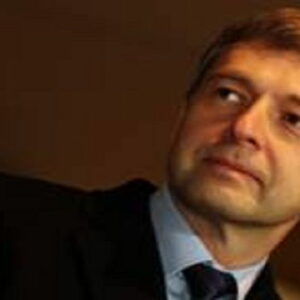 Russian businessman and investor Dmitry Yevgenyevich Rybolovlev is the owner of one of the most expensive mansions in the world after paying $95 million for Donald Trump’s Florida property, Maison de l’Amitie, in 2008. He formed an investment fund and began purchasing shares of industrial companies in 1990 when he founded a business with his father. He combined his holdings to gain control of Uralkali, Russia’s largest manufacturer of potassium fertilizers. A few years later, he was named the organization’s chairman. In 2007, the business was listed on the London Stock Exchange. He sold his stock in the business in 2010 for $6.5 billion. Dmitry is well known in the US for his real estate deals and was listed as the 190th richest person in the world by Forbes in 2017 with a net worth of $7.3 billion. He owns a number of multibillion-dollar houses. He also owns the soccer team AS Monaco. On a personal level, he endured a contentious divorce for seven years before it was amicably resolved in 2015.

On November 22, 1966, Dmitry Rybolovlev was born in Perm, Russia. His parents were also physicians. He earned his cardiology degree from the Perm Medical Institute in 1990, and for a while, he worked in the emergency department for cardiology.
The book “The Financier” by Theodore Dreiser motivated him to start a business when he was a little boy.

Dmitry Rybolovlev and his father Evgeny launched a medical business venture in 1990. He established a business called Magnetics and provided complimentary medical care utilizing magnetic fields his father had invented.

However, because of the Soviet Union’s tumultuous economic situation at the time, his customers chose to pay him in goods rather than cash. When Dmitry had to locate customers for these goods, he was surprised to discover that the resale of the goods generated greater earnings than his alternative medicine venture. In fact, he made his first million dollars during this time!

He established an investing company in 1992 and began purchasing shares in various businesses. He established a bank, bought stock in numerous Perm-based industrial companies, and joined their boards of directors in 1994. In 1995, he sold the majority of his stock in other businesses and concentrated on growing the potash sector, particularly Uralkali, where he later rose to the position of chairman.

He eventually turned Uralkali into a significant international business over the subsequent years by consolidating his ownership of the company. At Uralkali, labor productivity increased by 2.5 times between 2000 and 2007.

Dmitry was appointed the company’s CEO when Uralkali and Belaruskali, a producer of potash, consolidated their trade flows to form the Belarusian Potash Company (BPC). The establishment of BPC resulted in enormous profits for Uralkali thanks to a five-fold increase in potash prices during the following three years.

As a result, the soaring price of potash around the world made Uralkali’s IPO on the London Stock Exchange quite profitable in 2007.

In June 2010, he sold a group of Russian investors his 53 percent ownership stake in Uralkali. Unofficial sources claim that it sold for US$5.3 billion. Uralkali acquired potash company Silvinit in December, making it one of the biggest producers of the mineral worldwide. He sold the remaining Uralkali shares to a business headed by Alexander Nesis in April 2011.

A trust purchased a 66 percent share in AS Monaco FC, the Monegasque association football club that competed in the French football division, in December 2011 on behalf of his daughter Ekaterina. The club’s new president is Dmitry.

Monaco was rated as one of the top clubs in Europe in 2017. In reality, the DNCG, the French football governing body, and AS Monaco’s former president Étienne Franzi both thought the team had advanced after Dmitry’s arrival. Monaco received a promotion and was moved to Ligue 1 in May 2013. Monaco went on to become one of the most prominent football clubs under his sponsorship, spending £146 million on players.

Patriarch Kirill bestowed the Order of St. Seraphim of Sarov I degree to Dmitry Rybolovlev in 2010 in recognition of his financial support for the renovation of the Cathedral of the Nativity of the Most Holy Mother of God in Zachatyevsky Convent.

Dmitry Rybolovlev married his classmate Elena in 1987 while still a student, and their first child, Ekaterina, was born in 1989. In 2001, their second child, Anna, was born. Currently, Ekaterina is a well-known socialite. When she paid $88 million for a New York City apartment at the age of 22, she made headlines. In 2013, she acquired Skorpios, a Greek island that belonged to Aristotle Onassis’s heirs.

He relocated his family to Switzerland in the 1990s, when the Soviet Union was going through a terrible period, out of concern for their safety, while continuing to run his business back in Russia.

He was charged and taken into custody in September 1995 for the murder of Evgeny Panteleymonov, the Director of Neftekhimik, a business that Dmitry owned in part. However, after 11 months, he was allowed to go free. He was found not guilty in 1997 after being heard at three different levels of court, including the Supreme Court’s Presidium.

Elena filed for divorce from her husband in December 2008, claiming that he had engaged in “serial adultery” and had been sharing his youthful conquests on his private yacht with colleagues and other businessmen. She also asked the Geneva State Prosecutor for protection from Dmitry.

The high-profile divorce proceeding gained notoriety in May 2014 when a Geneva court ordered Dmitry to pay his ex-wife $4.8 billion. After a successful appeal, the Geneva court overturned the prior ruling in June 2015 and ordered that the settlement amount be lowered to 564 million Swiss francs. Finally, in October 2015, Dmitry and Elena declared that they had achieved a mutually agreeable settlement and would no longer pursue any further legal action.

Since 2008, large properties have been purchased globally through trusts in Ekaterina’s name. Property has been acquired by the trusts in Florida, Hawaii, New York City, Monaco, and two Greek islands. In addition, Dmitry and his ex-wife jointly own a mansion in Saint-Tropez on the Cote d’Azur in southern France, residences in Gstaad, Switzerland, and real estate in Geneva and Paris.

The Football Leaks incident, which broke in December 2016, made it known that Dmitry and his football agent Jorge Mendes had purchased player shares in violation of the law. Through the use of third-party ownerships, Dmitry unlawfully manipulated the price of his own players using Browsefish Limited, an offshore investment company with its headquarters in Cyprus.

When Dmitry was still the owner of Uralkali in June 2012, the organization was classified as one of Russia’s top 100 polluters by the environmental NGO Green Patrol. The full list of hazardous substances that Uralkali habitually poured into the Kama River was withheld from the public.

He was also a philanthropist who helped to restore the Zachatievsky Monastery in Moscow and the Oranienbaum mansion in St. Petersburg. He provided €17.5 million for the reconstruction of Moscow’s Cathedral of the Theotokos’ Nativity.

Additionally, he contributed financially to the renovation of the Cathedral of Exaltation of the Cross that was reconstructed at the Saint Nicolas Monastery in Belogorsk. He also encouraged the building of the St. Nicholas Russian Orthodox Church in Limassol.

In the Swiss town of Gstaad, Les Arts Gstaad is a cultural hub devoted to music, the arts, and literature. Paul Gauguin, Auguste Rodin, Amedeo Modigliani, Pablo Picasso, Henri Matisse, and Mark Rothko are among the painters whose works are part of his art collection. He also held Salvator Mundi by Leonardo da Vinci, which he sold on November 15, 2017, for $450 million.

Russian businessman Dmitry Rybolovlev has a $7 billion fortune. Rybolovlev has diversified into a number of different economic endeavors over the years, but the majority of his wealth comes from the prosperous potash company Uralkali.

Sports fans may recognize Dmitry as the leader of AS Monaco, a prosperous Ligue 1 soccer team in France. He continuously belongs to the top 250 billionaires in the world in terms of total fortune.