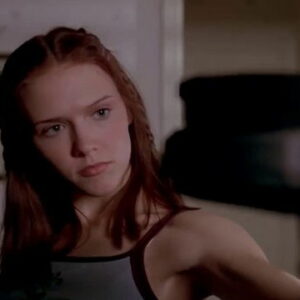 Dominique Swain is an American actress best known for playing both Jamie Archer in the movie “Face/Off” and the titular role in the film adaptation of Vladimir Nabokov’s renowned novel “Lolita.” The Smokers, Mean People Suck, New Best Friend, Out of Season, Dead Mary, Road to Nowhere, No Deposit, Widows, Tart, and The Pacific and Eddy are just a few of the other movies and shorts in which she has acted. The popular TV movies and shows that the actress has starred in include “Ghost Whisperer,” “Totally Awesome,” “Sharkansas Women’s Prison Massacre,” and “The Wrong Roommate.” Additionally, she has starred in music videos for well-known musicians like Moby and Shawn Mullins. Regarding Swain’s honors and accomplishments, she once got a Young Artist Award for “Best Performance in a TV Movie/Pilot/Mini-Series: Leading Young Actress” for the role of “Lolita.” The Silver Lake Film Festival gave her the “Best Actress” Award for her work in “The Pacific and Eddy.”

In the 1997 films “Face/Off” and “Lolita,” Dominique Swain made her debut as Jamie Archer and Dolores “Lolita” Haze, respectively. She subsequently worked on the movies and shorts “The Smokers,” “Happy Campers,” “Mean People Suck,” and “Tart.” The actress appeared in the films “Dead in the Water” and “New Best Friend” in 2002. She worked on the movie “The Job” one year later. She was then chosen to star in the 2005 short film “The Locrian Mode.” Swain made an appearance on a “JAG” episode that same year.

Swain participated in a number of feature-length and short films between 2014 and 2016, including “Rock Story,” “Fatal Instinct,” “Boudoir,” “6 Ways to Die,” “No Deposit,” “The Lost Girls,” “A Horse Trail,” “Embers,” “State of Desolation,” “Widows,” and “Hate Horses.” She also had appearances in the television films “Fatal Flip,” “Sharkansas Women’s Prison Massacre,” and “The Wrong Roommate” at this time.

David Swain, Sr. and Cindy gave birth to Dominique Swain on August 12, 1980, in Malibu, California, in the United States. Chelsea and Alexis are the names of her two sisters. From her father’s previous marriage, she also has a stepsister and stepbrother. She went to Malibu High School to study. Her parents are no longer together.

Swain has had a lot of failed love relationships. She has had relationships with Justin Strock, Dean Paraskevopoulous, Charlie Bambrook, and Christopher Masterson at various points in her life. In 2008, she was also engaged to Andrew Bennett. Later on, though, the pair broke off their engagement.

American actress Dominique Swain has a $2 million net worth. In August 1980, Dominique Swain was born in Malibu, California. Her performances in the films Lolita and Face/Off are her most well-known credits. She began her career in Hollywood as a stunt double before being selected as Lolita out of 2,500 girls. Swain has also been in the films Blue Dream, Prairie Fever, The Smokers, Tart, Pumpkin, Dead in the Water, New Best Friend, The Job, Devour, Alpha Dog, Fall Down Dead, and Stiletto. For her work in Lolita, she received a Young Artist Award in 1999 for Best Performance by a Leading Young Actress in a TV Movie, Pilot, Mini-Series, or Series. Swain became the youngest person to publish a naked photo for PETA’s “I’d Rather Go Naked Than Wear Fur” campaign when he was 21 years old. She additionally appeared in Shawn Mullins’ “Lullaby” music video from 1998.