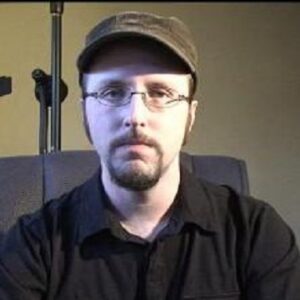 Doug Walker is a film critic, comedian, actor, and internet star who is referred to as “That Guy With The Glasses” on social media. His “Nostalgia Critic” web series, which debuted on YouTube in 2007, is well-known among his followers. In the online series’ videos, he created, directed, edited, and acted. As the fictitious “Nostalgia Critic,” Doug satirically reviews films from his youth to the present and provides an analysis of the theme of the story along with his justifications. With his scathing criticisms, caustic remarks, and derision of those he deems to be poorly written, poorly produced, and amateurishly portrayed, he criticizes and mocks feature and animated films, as well as television series. The online series also includes a number of “Top 11 Countdown” pieces and a number of “Old vs. New” portions where Doug Walker contrasts classic movies like Batman, Cinderella, The Chocolate Factory, True Grit, and Spider-Man with their contemporary remakes. He is renowned for his biting criticism, insult humor, bizarre humor, black humor, offensive humor, parody, and deadpan delivery. He is one of the creators of “Channel Awesome,” a production firm.

Illustrator Douglas Darian Walker has previously held this position. He began to publish a series of “5 Second Movies” videos on YouTube where he and his pals would make jokes about various movies.

He and his colleagues declared in 2008 that they were looking for a female reviewer for mushy, romantic movies and television shows that catered to women. This project, “The Nostalgic Chick,” was a spinoff of his prior endeavor, and Ellis, better known as “The Dudette,” won the competition.

He gained popularity for his reviews, but in April 2008 he was forced to migrate to his own independent website named ThatGuyWithTheGlasses.com because of copyright concerns and charges of infringement by “20th Century Fox” and “Lionsgate.”

They did, however, appear on YouTube once more in 2009 as a consequence of a deal between the business and Blip, an American media platform for web series material.

The “Nostalgia Critic” television series was canceled later in 2012 after Douglas Walker and his brother decided that the character had been overused. But on January 22, 2013, he published a brief video titled “The Review Must Go On” in which he also announced his decision to revive “Nostalgia Critic.” On February 5, the series returned with a review of the movie “The Odd Life of Timothy Green,” and he promised that a new episode would be posted every other Tuesday.

He left his former work when he became financially stable as a result of his website videos. 496 episodes of the “Nostalgia Critic” videos were all directed by him. As a result of his growing popularity, a large number of like-minded reviewers joined forces to form the internet media production firm “Channel Awesome,” with Mike Michaud serving as its CEO, Doug Walker serving as its presenter and actor, and Rob Walker serving as its screenwriter and CCO. Was the Killing Joke That Bad (686), “Alvin and the Chipmunk” (1.1 m), and “The WEIRDEST Jack and the Beanstalk” are some of his most watched videos on “Channel Awesome” (786K).

On November 17, 1981, in Naples, Italy, Doug Walker was born. His mother, Sandra Polkow Walker, was a former opera singer and therapist, and his father, Barney Walker, was a navy commander.

Doug Walker majored in communications while studying film at Northern Illinois University. He worked as a janitor and then as an illustrator to make a living after completing college. Rob Walker, his brother, is the creator and executive producer of the web series “Nostalgia Critic.” Along with writing and acting in several of Dough’s criticism videos.

His grandfather developed a pie filling without sugar crystallization because he was an expert in frozen foods.

On June 15, 2012, Doug and Robin Poage exchanged vows. He is presently a resident of Illinois’ Naperville.

Doug is one of the wealthiest and most well-known YouTube stars. Our research of Wikipedia, Forbes, and Business Insider revealed that Doug Walker has a net worth of $5 million.