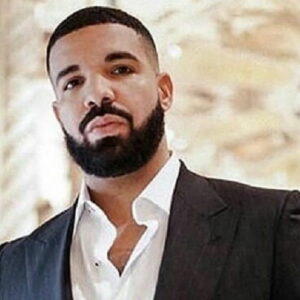 Drake is a Canadian rapper, singer, and songwriter who has quickly established himself as one of the most talented rappers of recent years. He began his career as an actor in the Canadian television series ‘Degrassi: The Next Generation,’ but soon shifted to music, which he has loved since he was a child. He began his musical career by self-releasing a series of mixtapes. He released an EP named ‘So Far Gone’ as his reputation grew. ‘Thank Me Later,’ ‘Take Care,’ ‘Nothing Was the Same,’ and ‘Views’ were his next four studio albums. His narcissistic lyrics, which frequently deal with his personal experiences and relationships with women, distinguish his songs. Drake, who grew up in a different community than most other African-American rappers, is annoyed by the idea that being up in a place with guns and drugs makes his contemporaries more “official.” His challenges, he claims, were no less difficult, but he prefers that people remember him for his music rather than his background.

Aubrey Drake Graham was born in Toronto, Canada, on October 24, 1986. His father, Dennis Graham, was a drummer for Jerry Lee Lewis, while his mother, Sandi Graham, worked as an English teacher and a florist.
He has a unique racial and religious heritage, having been born to an African-American Catholic father and a white Canadian Jew mother. He claims to be “more entrenched in black culture,” with his Jewishness serving as a “cool edge.”
When he was five years old, his parents split, and he was raised by his mother in Toronto. His father returned to the United States and resided in Memphis, where Drake paid him visits on occasion.
He grew up in the working-class section of the city, near Weston Road. His family relocated to Forest Hill, a more affluent district in the city, after he completed sixth grade. Drake, who went to Forest Hill Collegiate Institute and Vaughan Road Academy for high school, later dropped out and received his graduation in 2012.
Early in his life, he experienced adversity. His father was detained while attempting to cross the border, his ailing mother struggled to support the family, and he was bullied since he was the only black Jew in his predominately white school.

Acting Career in the Beginning

Drake began acting in 2001 after a position in the Canadian adolescent drama series ‘Degrassi: The Next Generation’ was offered to him by the father of one of his friends, an acting agency. For a total of 145 episodes, he played Jimmy Brooks, a wheelchair-bound former basketball player.
Over the years, he has been in a variety of different television shows, including ‘Soul Food,’ ‘Being Erica,’ and ‘Sophie,’ as well as guest appearances on ‘Beyond the Break,’ ‘Saturday Night Live,’ and ‘Punk’d.’ For the film ‘Ice Age: Continental Drift,’ he did voice acting.

He opted to self-release his debut mixtape, ‘Room for Improvement,’ after his acting success. The following year, he released ‘Comeback Season,’ which included the hit ‘Replacement Girl,’ which helped him gain mainstream fame as a performer for the first time. To release the mixtape, he formed the October’s Very Own label.

He published his third mixtape, ‘So Far Gone,’ as a free download via his record label’s website in 2009. It was a commercial triumph, with songs like ‘Best I Ever Had’ and ‘Successful,’ featuring Lil Wayne, Trey Songz, and Lloyd, among others. Following the success of the mixtape, which reached No. 6 on the Billboard 200, he released his debut EP of the same name.

‘Thank Me Later,’ his debut studio album, was released on June 15, 2010. Nicki Minaj, Lil Wayne, and Kanye West were among the artists featured on the album, which had been in the works for two years. On the ‘Billboard Hot 100,’ the track ‘Find Your Love’ hit the top ten.

‘Take Care,’ his second studio album, was released on November 15, 2011. ‘Make Me Proud,’ featuring Nicki Minaj, and ‘Take Care,’ featuring Rihanna, were among the album’s major singles. For the album, he won his first Grammy Award.

‘Nothing Was the Same’ (2013), his third album, continued his rise to popularity, receiving excellent reviews like its predecessors. It was his first full-length album, released on his own label, OVO Sound. The album’s seven singles were all commercially successful.

In 2018, he released ‘Scary Hours,’ an EP, and ‘Scorpion,’ his fifth full album. In 2019, he re-released his third mixtape, ‘So Far Gone,’ via streaming service to mark its ten-year anniversary.

His album, ‘Certified Lover Boy,’ was supposed to come out in January 2021, but it was postponed.

His third studio album, ‘Nothing Was the Same,’ gained critical acclaim as well as financial success. Multiple magazines awarded it the ‘Best Album of the Year.’ The album sold over 1.78 million copies in the United States alone, and it was certified Platinum in the United States, the United Kingdom, and Canada.

Drake has had romantic relationships with several ladies in the entertainment sector. He is best known, though, for his on-again, off-again relationship with Barbadian artist Rihanna. He had a crush on her since their first meeting in 2005. They grew closer over time and collaborated on several occasions. They broke up after Rihanna restarted her relationship with Chris Brown, according to reports.

He got into a brawl with Chris Brown in June 2012, presumably over Rihanna. Brown blamed him on social media and penned a song in his defense. Later, at the 2014 ESPY Awards, the two appeared together in a comical skit, implying reconciliation. Ericka Lee, his ex-girlfriend, revealed herself in 2012 and alleged that he utilized her voice in the song “Marvins Room.” She filed a lawsuit seeking credits and royalties, and while Drake’s lawyer first denied the claims, the two eventually settled out of court in 2013.

In late 2016, he began dating Jennifer Lopez, a singer. They frequently share photos of themselves on social media, but it has been stated that his attempts to reclaim Rihanna have harmed his relationship with Lopez. In 2017, h e welcomed a kid named Adonis with Sophie Brussaux, a French painter and model. Drake frequently credits his father with introducing him to rap music. While in jail, his father reportedly shared a cell with a rapper named Poverty, with whom he used to swap lyrics over the phone.

Drake is a $200 million dollar actor, producer, and rapper who was born in Canada. Drake is routinely ranked as one of the world’s highest-paid celebrities. Drake was a kid actor on the Canadian adolescent show Degrassi: The Next Generation before becoming a major rap super star. Drake has earned more than $430 million throughout his career, before taxes and living costs, since achieving mainstream fame.