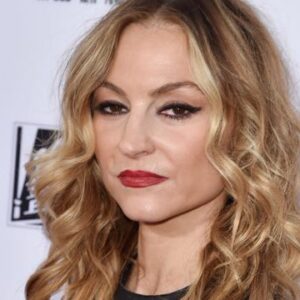 Drea de Matteo is an American actress best known for her appearances in films and sitcoms, where she rose to prominence as a supporting character. Wendy Case on FX’s “Sons of Anarchy” and Adriana La Cerva on HBO’s “The Sopranos,” for which she won an Emmy for Outstanding Supporting Actress in a Drama Series, are two notable roles she has played. Her roles as Angie Bolen on ABC’s ‘Desperate Housewives’ and Joey Tribbiani’s sister, Gina, on NBC’s ‘Joey’ have made her a household figure. She presently portrays Det Tess Nazario in the NBC drama ‘Shades of Blue.’ She comes from a wealthy family and is the youngest of three siblings, as well as the family’s sole girl child. From 1997 to 2004, she and her lover, Michael Sportes, co-owned the East Village apparel business ‘Filth Mart,’ which sold Rock ‘n’ Roll vintage clothing. She eventually decided to follow in her mother’s footsteps and pursue a career in theater. She aspired to be a director, but she settled for a career as an actor in films and television shows. She is now one of Hollywood’s most well-known figures, having appeared in practically every major show. Despite the fact that she has been engaged twice and has two children, there is no official word on whether or not she is married.

Andrea Donna de Matteo was born in Whitestone, Queens, New York, on January 19, 1972, to parents Donna and Albert Matteo. She is of Italian descent. Her mother was a dramatist and a teacher at HB Studio, and her father was the owner and CEO of Avery Boardman and Carlyle, a furniture company.

Drea spent her early years in Queens, New York, before moving to Manhattan’s Upper East Side with her family. She was raised by her grandma and a Nicaraguan caregiver. After her nanny’s heart transplant, she now looks after her.

She is the youngest of three children and the only female in an affluent Roman Catholic family. She obtained a degree in film production from New York University’s ‘Tisch School of Arts after graduating from the Loyola School.

She had intended to be a filmmaker rather than an actress. Her early appearance in ‘The Sopranos’, on the other hand, helped her establish her acting career.

She was cast in the pilot for ‘The Sopranos’ with little experience in what was supposed to be a small part as a restaurant hostess but turned out to be a significant supporting role.

She was excellent in her part as the stern but devoted girlfriend of one of the Sopranos’ younger members, who battled to balance her relationship with her career.

Following her initial triumph, she featured in several films on the big screen, including Hugh Jackman and John Travolta’s action movie ‘Swordfish’ in 2001, the drama ‘Deuces Wild’ in 2002, ‘The Perfect You’, and ‘Prey for Rock & Roll’.

She also garnered positive reviews for her roles in the 2005 remake of John Carpenter’s 1976 action thriller ‘Assault on Precinct 13’ and Abel Ferrara’s ‘R Xmas.’

She won an Emmy Award for Best Supporting Actress (Drama) in 2004 for her role as Adriana in ‘The Sopranos’ (Season 5). For the same performance, she was also nominated for a Golden Globe.

She appeared in the ‘Friends’ spin-off ‘Joey’ from 2004 to 2006, playing Joey Tribbiani’s sister Gina. After two seasons, the show was canceled.

De Matteo starred as Wendy Case in the FX original series ‘Sons of Anarchy,’ which premiered in 2008. She remained a regular on the show until the seventh and final season.

In the ABC sitcom ‘Desperate Housewives,’ she also played Angie Bolen, the Bolen family’s mother. She departed the show in the sixth season due to personal issues in 2010.

In the FOX comedy ‘Running Wild,’ she portrayed the stepmother of the main character, and in the movie adaptation of ‘Dark Places,’ she co-starred as Krissi Cates alongside Charlize Theron, Chloe Grace Moretz, and Nicholas Hoult as Krissi Cates (2015).

She has recently been cast as Det Tess Nazario in the NBC drama series ‘Shades of Blue,’ which premiered in January 2016 and stars Jenifer Lopez and Ray Liotta.

Matteo has been in a variety of movies and television shows. ‘Meet Prince Charming,’ ‘Sleepwalk,’ and ‘Swordfish’ are three of her early films.

In 2001, she won the New York International Independent Film and Video Festival Award for Best Actress for her performance as the wife in ‘R Xmas.’

She recently acted in the films ‘Free Ride’ and ‘Dark Places.’
In her early career, she starred as Adriana La Cerva in the TV drama ‘The Sopranos,’ which was a big sensation.

She hosted the ‘VH1 Big in 2002 Awards’ and starred in the hit television show ‘Desperate Housewives.’ ‘Making of the Mob: New York’ and ‘Shades of Blue’ are two of her most recent TV series.

In 1997, Matteo and her then-boyfriend Michael Sports started a clothes store named ‘Filth Mart,’ which they shuttered in 2004. She’s thinking about reopening it in Los Angeles.

She is fluent in Italian and Spanish, and her chats are recognized for their powerful phrases and emotions.
She defines herself as “shy and concurrently, a wild, party lady with multiple tattoos,” and prefers casual jeans to formal clothes. Her parents’ and grandparents’ names are tattooed on her body.

Drea de Matteo has a net worth of $10 million dollars as an American television actress.

In March 2015, she lost her flat and most of her things in a blazing fire triggered by a gas explosion.
She was apprehensive about appearing on talk shows and admitted on the ‘Late Night with Conan O’Brien’ Show that she had previously lied about her dog being very sick in order to escape the show.