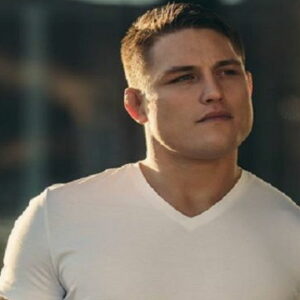 American mixed martial artist Andrew Martin Dober fights for the Ultimate Fighting Championship in the lightweight class (UFC). He has been a professional fighter since 2009 and has also participated in Titan Fighting Championship and Bellator MMA. Dober, who has been practicing mixed martial arts since he was 14, excelled in school-based Thai boxing, wrestling, and Brazilian jiu-jitsu. He has a 9-0-0 amateur record and is a two-time Amateur World Champion. He is a two-time Amateur Muay Thai World National Champion, the Professional PFC Lightweight Champion, and the Amateur Featherweight Champion of Fight2Win. He has primarily won fights in his professional career by KOs or submissions. Dober weighed 18% higher than the required weight of a contestant in the lightweight class in July 2017 under the new weight-cutting regulations of The California State Athletic Commission (CSAC). As a result, moving up to the higher weight class has been advised, but Dober believes that he is still not ready to call himself a welterweight fighter.

Drew Dober attended Millard North High School and was born on October 19, 1988, in Omaha, Nebraska, in the United States. He began training in Muay Thai, or Thai boxing, at the age of 14, and was fairly successful. He pursued a business degree at a small college.

He competed in wrestling his junior and senior years at Millard North High School and was a two-time Amateur World Champion. He received his purple belt in Brazilian jiu-jitsu from Mid-America Martial Arts’ Ed Shobe. Later, for more training, he relocated to Colorado.

2009 marked the beginning of Drew Dober’s professional MMA career. He competed against Nick Nolte at Bellator 16, a mixed martial arts event put on by Bellator Fighting Championships, on April 29, 2010, and won the match by arm-triangle choke submission in the first frame.

He competed for a number of organizations, such as Titan Fighting Championship, an American MMA promotion located in Pompano Beach, Florida, and Victory Fighting Championship, the top MMA organization with headquarters in Omaha, Nebraska. Dober amassed a 12-2 record in these promotions during the subsequent three years. Then he made an appearance on The Ultimate Fighter, a Fox Sports 1 and UFC-produced American reality television program and mixed martial arts tournament.

Dober took part in The Ultimate Fighter 15 in February 2012. Unfortunately, Daron Cruickshank beat him in the preliminary round. He replaced the injured Sérgio Moraes at The Ultimate Fighter 18 Finale on November 30, 2013. Sean Spencer was the opponent for Dober, who was defeated by a unanimous decision.

He competed against Nick Hein on May 31, 2014, at UFC Fight Night: Munoz vs. Mousasi. Inside the Octagon, they engaged in an amazing three-round battle. Hein was favored by the judges and awarded the victory by a unanimous verdict after a competitive back-and-forth battle.

At UFC on Fox: dos Santos vs. Miocic, he faced Jamie Varner, a former lightweight champion of the WEC. On December 13, 2014, an MMA competition was held in the US Airways Center in Phoenix, Arizona, and that is when Dober recorded his biggest victory to date. In the opening round, he defeated Varner via rear-naked choke submission.

At UFC Fight Night 62 on March 21, 2015, he squared off against Leandro Silva. In the second round, a technical submission caused him to lose the battle. The way the battle ended was intriguing. Silva slid to the ground holding Dober’s neck in his arm as he attempted to apply a guillotine choke. Dober, on the other hand, made an effort to defend himself and swung to the side to escape the guillotine and stop being strangled.

During the battle, Silva appeared to be letting go of Dober’s neck as he made an effort to extricate himself. The referee intervened, touched the combatants, and forced them to separate from one another and stand up. Despite the fact that Dober never tapped and was not in danger of being strangled out of the hold, the bout was really terminated by surrender. The win was then given to Silva. UFC nevertheless gave Dober his prize money despite the defeat.

Eduardo Herdy, the referee, later acknowledged his error, and the Brazilian MMA Athletic Commission (CABMMA) ruled the fight a “no contest.” Dober and Efrain Escudero squared off at UFC 188 on June 13, 2015, at Arena Ciudad de México in Mexico City, Mexico. In the first round, Efrain Escudero put him in a guillotine choke, which caused him to lose the bout.

At UFC 195, an MMA event held on January 2, 2016, at the MGM Grand Garden Arena in Las Vegas, Nevada, Dober was scheduled to face Erik Koch. Koch, however, withdrew from the contest in December due to an injury, and Dober instead fought Scott Holtzman. He received a unanimous decision victory.

At UFC on Fox 19, Drew Dober was scheduled to take on Islam Makhachev on April 16, 2016. However, the fight was called off after Makhachev failed a post-fight drug test and tested positive for the illegal substance anti-ischemic meldonium. He couldn’t be replaced, therefore UFC promptly called off the contest.

On September 10, 2016, at UFC 203, an event put on by UFC at the Quicken Loans Arena in Cleveland, Ohio, he was slated to fight Erik Koch in a rematch. Koch, however, had to withdraw from the fight once more on August 11 due to injury, and promotional rookie Jason Gonzalez took Koch’s place. First-round TKO by Dober gave him the victory.

He competed in Olivier Aubin-Mercier at UFC 206, an MMA competition held at the Air Canada Centre in Toronto, Ontario, Canada, on December 10, 2016. In the second round, he was forced to submit and lost the bout. Dober defeated Josh Burkman via knockout in the first round on July 29, 2017, at UFC 214, an MMA competition organized by UFC at the Honda Center in Anaheim, California. Burkman became aware as he closed in and prepared his defenses while waiting for the assault. At the 3:04 mark of the first round, Dober smacked Burkman in the chin, knocking him to the ground for the victory.

The new weight-cutting regulations introduced by the California State Athletic Commission (CSAC) in July 2017 had a big impact on Dober. After UFC 214 in Anaheim, California, he was informed that he needed to either move up in weight class or acquire a medical clearance to compete at lightweight.

Dober exceeded the 155-pound limit by more than 18%, according the regulations. The new CSAC regulations state that a medical examination may propose that an athlete who weighs more than 10% more than the weight category move up into a bigger weight class. When CSAC informed Dober of the news, he stated that he was not yet prepared to declare himself a welterweight.

Drew Dober met Nick Hein’s sister Gloria at the post-fight party that evening in Germany following Dober’s loss to Hein at UFC Fight Night: Munoz vs. Mousasi. They became friends, and shortly after, they began dating. On May 27, 2016, he wed German woman Gloria.

One of the wealthiest mixed martial artists is Drew Dober, who is also among the most well-liked fighters. The sources we looked at for this estimate were Wikipedia, Forbes, and Business Insider. Drew Dober’s net worth is around $1.5 million.