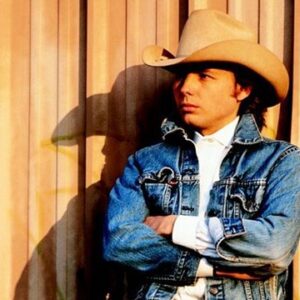 Dwight David Yoakam is a well-known singer, songwriter, actor, and musician from the United States. He has almost twenty-one albums to his credit as a singer. He has also acted in a number of successful films, establishing himself as a capable actor. He excelled in singing and theatre from an early age, having been born and raised in Pikeville, Kentucky, in the United States. He used to act in school plays and play in garage bands around town. He has been nominated for the Grammys numerous times over his career, winning two of them. He is without a doubt one of America’s top country singers. His smash track ‘Ain’t That Lonely Yet,’ from his fifth studio album ‘This Time,’ earned him his first Grammy Award. In the American drama picture ‘Sling Blade,’ he made his first substantial appearance on the big screen. The picture was not only a commercial triumph, but it also received an Academy Award nomination. The ‘Screen Actors Guild Award’ was nominated for Yoakam. In the film ‘South of Heaven, West of Hell,’ he also directed, co-wrote, and starred in the lead role. The picture, however, was a commercial flop. ’90 Minutes in Heaven’ and ‘Logan Lucky’ are two of his most recent films.

On October 23, 1956, Dwight David Yoakam was born in Pikeville, Kentucky, United States. David Yoakam and Ruth Ann Yoakam were his parents. He completed his education at Northland High School, where he graduated in 1974.
From a young age, he was interested in music and drama. He used to perform in school plays, typically as the lead. He also performed in local garage bands, singing and playing guitar. He liked to amuse his pals by impersonating Richard Nixon, who was embroiled in controversy at the time due to the Watergate scandal. He attended Ohio State University for a short time before dropping out and relocating to Los Angeles to seek a career as a recording artist.

Career as a musician

Dwight Yoakam was forced to go to Los Angeles after his songs failed to chart in his hometown. ‘Guitars, Cadillacs, Etc., Etc.’ was his debut studio album, published in 1986. Three of the album’s songs charted in the Top 40 of the Hot Country Singles chart during the year. With the release of his second album, ‘Hillbilly Deluxe,’ and third album, ‘Buenas Noches from a Lonely Room,’ his popularity expanded over the next few years. He received praise for his work from well-known vocalists like Johnny Cash as well as media outlets like ‘Time Magazine.’

In 1990 and 1993, he released his fourth and fifth studio albums, respectively, ‘If There Was a Way’ and ‘This Time.’ His fifth album’s song ‘Ain’t That Lonely Yet’ was a tremendous smash, reaching number two on the Billboard Hot Country Singles & Tracks chart. Yoakam was also nominated for a Grammy Award for Best Male Country Vocal Performance for this song.

Dwight Yoakam made his cinematic debut in the 1992 film ‘Red Rock West,’ in which he played a brief role as a truck driver. In the 1996 American drama picture ‘Sling Blade,’ he had his first significant role. The picture was a commercial and critical triumph, and it was also nominated for an Academy Award. He appeared in the film ‘South of Heaven, West of Hell,’ which was released in 2001 as the lead actor, director, and co-writer. ‘The Newton Boys’ (1998), ‘The Minus Man’ (1999), ‘Hollywood Homicide’ (2003), and ‘Wedding Crashers’ are among his other features (2005). He’s also acted in television movies like “Don’t Look Back” (1996) and “When Trumpets Fade” (1998).

Yoakam’s most recent television appearance is in the series ‘Goliath,’ which began airing in 2016. His most recent big-screen appearance was in the 2015 Christian drama film ’90 Minutes in Heaven,’ in which he played a supporting role. The film was a box office flop and received mixed reviews. In the 2017 American heist comedy film ‘Logan Lucky,’ he played a supporting part. The film received favorable reviews and was a commercial success.

Dwight Yoakam’s fifth studio album, ‘This Time,’ is one of his most important efforts. The album reached number 25 on the Billboard 200 in the United States. The Grammy Award for Best Male Country Vocal Performance went to ‘Ain’t That Lonely Yet.’ ‘Pocket of Clowns,’ ‘Fast As You,’ and ‘Wild Ride’ are among the album’s other singles. Billy Bob Thornton wrote and directed the 1996 American drama picture ‘Sling Blade,’ in which Yoakam plays the major part. The plot centred around a man named Karl and his emotional state following his discharge from a psychiatric facility where he had been since killing his mother when he was twelve years old. J.T. Walsh, John Ritter, and Lucas Black also starred in the picture. The film was a commercial and critical triumph, winning multiple prizes, including an Academy Award.

In the 2002 American thriller film ‘Panic Room,’ directed by David Fincher, Yoakam performed a supporting role. A mother and daughter’s new home is broken into by burglars in this narrative. Jodie Foster, Kristen Stewart, Forest Whitaker, and Jared Leto are among the other stars who appeared in the picture. The movie was a box office hit, grossing more than four times its budget. Yoakam’s most recent film appearance is in ‘Logan Lucky,’ a 2017 American heist comedy. The film was directed by Steven Soderbergh and focused on the Logan family and their plot to loot the Charlotte Motor Speedway. The film was a box office hit and received largely positive reviews.

Dwight Yoakam is a musician who has never married. Despite the fact that he is currently single, he has previously been associated to Wynonna Judd, Sharon Stone, Bridget Fonda, and Karen Duffy.

Dwight Yoakam has a net worth of $45 million and is an American singer-songwriter, actor, and film director. Although Yoakam is primarily known for his pioneering effect on the country music genre, he has accomplished a lot outside of music.