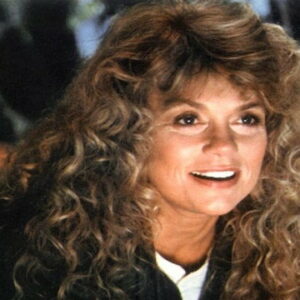 Samille Diane Friesen is an actor, filmmaker, and screenwriter from the United States.
Dyan Cannon, her stage name, is her most well-known moniker.
She has been active since 1958 and has been nominated for three Academy Awards and three Golden Globe Awards, winning the latter for ‘Heaven Can Wait.’
Cannon, a native of Washington, has dreamed of being an actor since she was a youngster.
In 1958, she made her television debut in an episode of ‘Have Gun, Will Travel.’

Cannon Friesen was born on January 4, 1937, in Tacoma, Washington, to Claire (née Portnoy) and Ben Friesen. David Friesen, her younger brother, is also a jazz musician. Her father worked as a life insurance salesman, while her mother worked as a stay-at-home mom.
Cannon enrolled in the University of Washington in Seattle after graduating from West Seattle High School in Seattle, Washington, but dropped out. She competed in many beauty pageants before becoming an actor. She was the 1955 Miss West Seattle.

In 1958, Dyan Cannon made her television debut in a season one episode of ‘Have Gun – Will Travel.’ She had a succession of cameo roles on different TV programs over the next two years before starring as Dixie in ‘The Rise and Fall of Legs Diamond’ (1960).
Cannon portrayed the role Rosemary in the national touring version of the Broadway musical ‘How to Succeed in Business Without Really Trying’ in 1963.
In the 1969 film ‘Bob & Carol & Ted & Alice,’ she played Alice Henderson alongside Elliott Gould. She was nominated for a Golden Globe and an Academy Award for the picture. For her role as Julie Messinger in Otto Preminger’s comedy-drama ‘Such Good Friends,’ she won her second Golden Globe nomination (1971).
For her performance in ‘Number One,’ she became the first actress in history to be nominated for an Oscar in the Best Short Film, Live Action category (1976). She acted as Matt’s mother and wrote, produced, directed, and edited the film. She also hosted one episode of the inaugural season of NBC’s ‘Saturday Night Live’ that year.
Cannon is also a composer and vocalist. She sung three songs for the soundtrack of the 1980 romantic comedy ‘Honeysuckle Rose,’ including ‘Two Sides to Every Story,’ ‘Loving You is Easier,’ and ‘Unclouded Day.’ For the 1982 thriller ‘Deathtrap,’ Cannon was nominated for the Golden Raspberry Award for Worst Supporting Actress.
‘The End of Innocence’ was published in 1990. She also portrayed the adult version of the heroine, Stephanie, in addition to writing, producing, and directing the film. She played The Honorable Judge Jennifer ‘Whipper’ Cone in Fox’s courtroom drama ‘Ally McBeal’ from 1997 to 2000. ‘Three Sisters,’ a short-lived NBC comedy, featured her as a series regular (2001-02).
Cannon took an extended break from performing after participating in the 2010 TV movie ‘Women Without Men.’ She has lately returned and is presently working on the new television series ‘Mood Swings,’ where she will portray Auntie Sam.

In the 1978 fantasy comedy ‘Heaven Can Wait,’ Dyan Cannon played Julia Farnsworth, an adulterous wife set on killing her husband. Warren Beatty and Buck Henry directed the picture, which also featured Beatty and Julie Christie.
She received the Saturn Award for Best Supporting Actress and the Golden Globe Award for Best Supporting Actress – Motion Picture for her work in ‘Heaven Can Wait.’

She was also nominated for an Academy Award for Best Supporting Actress, but lost to Maggie Smith for her performance in ‘California Suite.’

Dyan Cannon has had two marriages. On July 22, 1965, she married Cary Grant, a famous actor. Grant was 33 years her senior and the father of Jennifer, her daughter (born February 26, 1966). On March 21, 1968, Cannon and Grant divorced. Jennifer went on to become an actress, following in her parents’ footsteps.
On April 18, 1985, she married real estate investor Stanley Fimberg. They split in 1991 after six years of marriage. Cannon is a devout Christian who was born again.