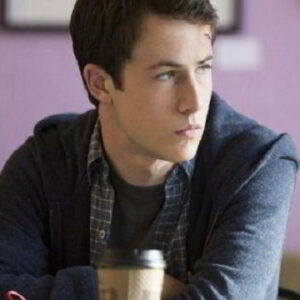 Dylan Christopher Minnette was born in Evansville, Indiana, on December 29, 1996. Robyn and Craig Minnette have only one son.
He is descended from English, German, Scottish, Irish, and Welsh ancestors.
He spent five years in Champaign, Illinois, before relocating to Los Angeles to pursue an acting career.
After being scouted by an agent, he began working in commercial modeling. He began performing at the age of seven.

Dyland had his debut TV appearance on Nickelodeon’s renowned sitcom ‘Drake & Josh’ in 2005 when he was only nine years old. Around the same time, he was cast as a young ‘Charlie Harper’ in the popular comedy series ‘Two and a Half Men.’
In the 2005 TV drama ‘Prison Break,’ he played a youthful ‘Michael Scofield.’ In the series, he had a recurring role and featured in five episodes.

In the same year, he starred alongside Steve Carrell and Jennfer Garner in the family film ‘Alexander and the Terrible, Horrible, No Good, Very Bad Day,’ as ‘Anthony Cooper.’ In 2015, he starred as ‘Zach Coper’ in the comedy horror picture ‘Goosebumps,’ which was based on the same-named children’s book series by ‘R.L Stine.’
He starred in the horror thriller ‘Don’t Breathe’ in 2016. In 2017, he had another starring part in the Netflix drama series ’13 Reasons Why.’
Through the series, Dylan finally received the fame and recognition he so richly deserved. In the series, he plays ‘Clay Jensen,’ a character based on Jay Asher’s 2007 novel of the same name.
He starred in another horror film, ‘The Open House,’ which was released on DVD in 2018.
Dylan is a member of the alternative American rock band ‘Wallows,’ where he plays guitar and sings. Before 2017, the band, which consists of four members, including Dylan, was known as The Feaver and subsequently ‘The Narwhals.’
Dylan met his future bandmate Braeden LeMasters when he was nine years old, and the two were already writing music by the age of eleven. ‘Bleeding Man,’ a song from the band, was used as a promo for season 2 of R.L. Stine’s The Haunting Hour.
The band frequently performs in Los Angeles, particularly at the ‘Roxy Theater’ and the ‘Whisky Go Go.’ In 2011, they also appeared at the ‘Vans Warped Tour.’
‘Pleaser,’ ‘Sun Tan,’ ‘Uncomfortable,’ and ‘Pulling Leaves Off Trees’ were the band’s four singles released in 2017. ‘Pictures of Girls’ and ‘These Days’ were released in 2018.
The band also took first place in a battle of bands competition sponsored by ‘98.7 FM.’ They also sang ‘Pictures of Girls’ on James Corden’s ‘The Late Late Show’ in 2018.

Since 2014, Dylan has been dating Kerris Dorsey, an American actor and singer. On the set of their film ‘Alexander and the Terrible, Horrible, No Good, Very Bad Day,’ the pair met.