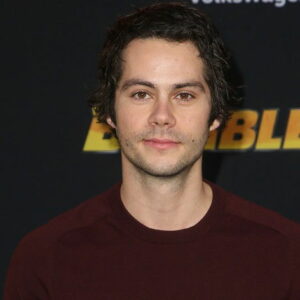 Dylan O’Brien is an American actor who has been in numerous films and TV shows. He has been submitting videos and short films to his YouTube page since he was 14. Dylan O’Brien, inspired by his father, aspired to study cinematography and become a photographer. Later, he shifted his focus to acting, abandoning his college plans to pursue his cinematic ambition. Soon, he was noticed by many. After a stunning start on MTV’s ‘Teen Wolf,’ he got several further offers. The actor is most recognized for his part in ‘The Maze Runner’. The young actor Dylan O’ Brien has already won multiple honors and is the buzz of the town. His romance with actress Britt Robertson has also made headlines.

Dylan O’Brien was born on 26 August 1991, in New York City, to Lisa Rhodes and Patrick O’Brien. While his mother was a prominent actress of her time, his father sought the career of a camera operator. Lisa Rhodes also operated an acting school, which was a good source of money.
Till the age of twelve, he lived in New Jersey after which the O’Brien family went to the Hermosa Beach district in California.

He pursued his primary education at the ‘Mira Costa High School’, based in California and graduated from the institution in 2009. He eventually wanted to pursue higher studies at the prestigious ‘Syracuse University’, but discontinued the notion due to his love in acting.

Dylan O’Brien started garnering a lot of attention after he started posting many videos on his YouTube page, when he was all of 14. Soon after, he was approached by a director to work on a web series.
During his youth, he made several short films, which went on to win critical recognition. He also occasionally played drums for the band ‘Slow Kids’.

Dylan O’ Brien’s major breakthrough came in 2010, when he secured a role in the television series ‘Teen Wolf’, backed by the prominent television channel ‘MTV’. He quickly attended the auditions and got to play the character Stiles.

Soon, multiple movie offers came knocking at his door. In 2011, Dylan O’Brien was seen in the comedic film ‘High Road’.

In 2012, his rom-com ‘The First Time’ premiered at the prestigious ‘Sundance Film Festival’. One of his co-stars in this famous picture was actress Britt Robertson, who he also dated for a spell.
Dylan O’Brien was next seen in the 2013 comedy movie ‘The Internship’. The film also had notable performers like Vince Vaughn and Owen Wilson, who are known for their superb comic timing.

His appearance in the 2014 hit ‘Maze Runner’ helped Dylan O’Brien garner a lot of notoriety. The screenplay was derived from a bestseller novel of the same name. The film was a tremendous hit at the box office and the directors intended to convert it into a franchise.

He got dragged in for the second part of this franchise too, which was titled ‘Maze Runner: The Scorch Trials’. This science-fiction thriller, which released in 2015, was praised by the reviewers and audiences alike and was a box office triumph.

Dylan O’Brien was chosen to play a vital role in the disaster drama ‘Deep water Horizon’, which was based on a real-life terrible occurrence. He was seen along other stalwarts like Kate Hudson, Mark Wahlberg and Kurt Russell in this movie, which debuted in 2016.

According to numerous rumors, he would also be partnering with the iconic actor Michael Keaton in an action thriller. This initiative would supposedly be developed by two film distribution organizations, notably ‘CBS Films’ and ‘Lionsgate Films’.

It is also said that the actor is working on the third film in the ‘Maze Runner franchise, which would be produced by the Hollywood studio ‘20th Century Fox’.

Dylan O’ Brien has garnered a large fan following, thanks to his appearances in the first two chapters of the ‘Maze Runner’ franchise. The two films have earned a combined $660 million, making them one of the top grossing movies of recent times.

In his short career, Dylan O’Brien has already garnered several laurels. During 2013-14, Dylan shared a ‘Best Ensemble’ award and received a ‘Choice TV Villain’ award for his remarkable work in the television series ‘Teen Wolf’.

He was felicitated with the ‘Breakthrough Actor’ award at the ‘Young Hollywood Awards’ gala, held in 2014. He was also nominated for a ‘Best New Film Actor’ award at the ‘NewNowNext Awards’ ceremony held the same year.
Dylan O’Brien earned three accolades at the 2015 ‘MTV Movie Awards’. The categories he was nominated for were ‘Best Hero’, ‘Best Fight’ and ‘Best Breakthrough performance’.

Dylan O’Brien took everybody by surprise during the ‘Teen Choice Awards’ presentation held in 2016. He was given four accolades for his amazing performances in ‘Teen Wolf’, ‘Maze Runner: Scorch Trials’ and ‘Deepwater Horizon’.

Dylan O’Brien was in the spotlight for being in a relationship with well-known actress Britt Robertson. He met her while shooting for ‘The First Time’, a movie in which both of them worked together. Soon, they started dating each other and it is thought that they are still together.

During the set of the third chapter of the ‘Maze Runner’ trilogy, Dylan O’Brien wounded himself horribly. Fortunately, after several months, the actor recovered and worked on various projects.
He has a sister named Julia, who’s older than him.

Dylan O’Brien is an American actor and musician who has a net worth of $7 million dollars. Dylan O’Brien was born in New York, New York, and grew up in New Jersey and California. His mother is Lisa Rhodes, a former actress who also ran an acting school, and his father is Patrick B.

He is a tremendous Baseball lover and his favourite book is ‘Moneyball’.