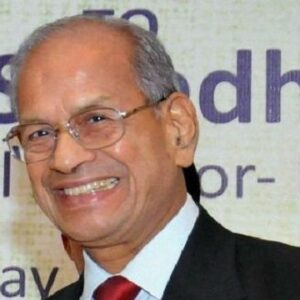 Elattuvalapil Sreedharan, dubbed “Metro Man,” is an Indian engineer who was instrumental in the construction of the Konkan Railway and the Delhi Metro. Millions of people in India rely on public transportation, and this ambitious engineer deserves credit for transforming the face of Indian public transportation. A lecturer in an engineering college applied for the Engineering Services Examination (ESE) and was accepted for the Indian Engineering Service (IES). He initially demonstrated his engineering abilities when he was tasked with repairing a bridge that had been damaged by a typhoon. In comparison to the six months given for this endeavor, he completed the work in 46 days. He was put the in-charge of planning and building the Kolkata metro, India’s first metro, after the government recognized his talent. For the following many years, he worked with a single-minded determination to improve India’s public transportation infrastructure. He had become such an important part of Indian Railways that the government informed him that his services will be needed even after he resigned from IES. For his pioneering work, he has received numerous national and international awards.

On June 12, 1932, he was born in Kerala’s Palakkad district. His ancestors came from Karukaputhoor.
He acquired his early schooling at the Basel Evangelical Mission Higher Secondary School before enrolling at Palghat’s Victoria College.
He chose to pursue engineering and graduated from the Government Engineering College in Kakinada, Andhra Pradesh, with a bachelor’s degree in civil engineering.

He was hired as an instructor in Civil engineering at the Government Polytechnic in Kozhikode after completing his degree. He only stayed there for a brief time before becoming an apprentice with the Bombay Port Trust.
He passed the Engineering Services Examination (ESE) administered by the Union Public Service Commission (UPSC) in 1953. In December 1954, he joined the Indian Engineering Service (IES) and was assigned to the Southern Railway as a Probationary Assistant Engineer.

When a typhoon devastated the Pamban Bridge in Tamil Nadu in December 1964, he faced his first major obstacle. The Railways gave Sreedharan’s boss six months to complete the repairs, but Sreedharan wanted it done in three. Sreedharan, who was assigned to the repair, completed it in just 46 days.
Sreedharan was given the task of implementing, planning, and constructing the Kolkata metro in 1970, which was India’s first metro. At the time, he was the deputy chief engineer.

He led the successful completion of the job and set the pace for future infrastructure engineering growth in India through his hard work and perseverance. He remained a part of the project until 1975.
He joined the Cochin Shipyard Limited, India’s largest shipbuilding and maintenance facility, in October 1979. However, the agency was not operating well at the time he joined. The organization, however, thrived under Sreedharan’s leadership and launched its first ship, the MV Rani Padmini, in 1981.

In July 1987, he was named general manager of Western Railway. He was promoted to Member Engineering, Railway Board, and ex-officio Secretary to the Government of India a few years later.
He retired in June 1990, but the government notified him that his services would still be required, therefore he was hired on a contract basis as the CMD of the Konkan Railway.

The Konkan Railway project, which included 93 tunnels with a total length of 82 km and tunneling through soft soil, was unlike any other Indian railway project. The project spanned 760 kilometers and included approximately 150 bridges. The project was finished in seven years under his direction.

Later, he was appointed managing director of the Delhi Metro Rail Corporation (DMRC). He proved to be an exceptional leader once again, as all of the scheduled portions were completed within their budgets and on time.
He became a national celebrity as a result of the Delhi Metro’s amazing success, and the government rewarded him with numerous honors for his unwavering dedication and hard work. He left the military in December 2011.

In 2001, the Indian government presented him with the Padma Shri, the country’s fourth highest civilian honour.
In 2005, the French government awarded him the Order of Légion d’Honneur, the country’s highest honor.
In acknowledgment of his contribution with the Delhi Metro, he was awarded the Padma Vibhushan, India’s second highest civilian honour, in 2008.

He is married to Radha and considers her to be a strong supporter. The couple has four children, all of whom have achieved success in their respective careers.
He studies the Bhagwad Gita on a regular basis and attempts to apply its teachings in his career and personal life. He doesn’t see the Gita as a religious work, but rather as a guide to living a better life.
He is a man of strong convictions who believes that time is money. Despite his advanced age, he maintains an active lifestyle and continues to advise the government on metro and rail projects.