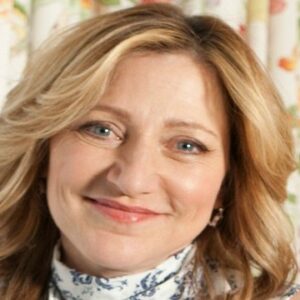 Edie Falco is a well-known American actress who has appeared in theater, television, and films. She wanted to be an actress since she was a child and earned a Bachelor of Fine Arts in Acting from SUNY Purchase. Edie Falco began her acting career by playing tiny supporting roles in feature films. ‘Cost of Living,’ ‘Sunshine State,’ and ‘Laws of Gravity’ are three feature films that have received critical praise. She went on to get playing roles on television, which allowed her to show off her dramatic acting skills. She is most recognized for her roles in the TV shows ‘Oz,’ ‘The Sopranos,’ and ‘Nurse Jackie,’ among others. She also worked in theatre, appearing in shows such as ‘Side Man,’ ‘Frankie and Johnny in the Clair de Lune,’ ‘night, Mother,’ and ‘The House of Blue Leaves.’ Her work has earned her numerous accolades, including Primetime Emmy Awards, Screen Actors Guild Awards, and Golden Globe Awards. She is a spokesman for ‘Health Care for America NOW!’ and a supporter of the nonprofit organization People for the Ethical Treatment of Animals (PETA).

Edith “Edie” Falco was born in Brooklyn, New York, on July 5, 1963. Frank Falco, a jazz drummer who also worked in an advertising business, and Judith Falco, an actress, had her. Joseph, Paul, and Ruth are her three siblings.
She was raised on Long Island, moving with her family to Hicksville, North Babylon, and West Islip as a child. Her family eventually settled in Northport.

She graduated from Northport High School in 1981 and went on to the State University of New York at Purchase to complete her education. Paul Schulze, Ving Rhames, and Stanley Tucci were among her classmates in college. She earned a Bachelor of Fine Arts in Acting in 1986.

Edie Falco moved to Manhattan to pursue her acting career after graduating from college. She worked odd jobs to supplement her income while auditioning for numerous roles. Acting chances began to present themselves to her towards the end of the 1980s.

She had minor roles in the feature films “The Unbelievable Truth” and “Sidewalk Stories” in 1989. She appeared in the film “Trust” in 1991.

She co-starred in the 1992 film ‘Laws of Gravity’ with character actor Peter Greene. In 1994, she made her film debut in Woody Allen’s ‘Bullets Over Broadway.’

He landed a role in HBO’s crime drama television series ‘The Sopranos’ in 1999. She played Carmela, the wife of mobster Tony Soprano, and received widespread critical and commercial acclaim for her performance. The show aired effectively for six seasons, ending in 2007.

She portrayed Marly Temple in the film ‘Sunshine State’ in 2002. Her work in the film was well-received, and she received multiple nominations and prizes for it.

In 2004, she made her next Broadway performance, alongside actress Brenda Blethyn, in another revival play, ‘night, Mother.’

She starred in the satirical sitcom ’30 Rock’ from 2007 to 2008. She was cast in the medical comedy drama series ‘Nurse Jackie’ the following year. She starred as the title character in the series, which aired for seven seasons till 2015. For her role in the television series, she was nominated for and won numerous honors.

Her film ‘Landline’ had a worldwide debut in early 2017. ‘Megan Leavey’ and ‘The Land of Steady Habits’ are two of her upcoming projects.

Edie Falco is an actress who has appeared in feature films, Broadway plays, and television shows. She is most known for her roles in the TV shows “The Sopranos” and “Nurse Jackie.”

Her work in feature films and television series has received critical praise, and she has been nominated for a number of important prizes.

In 2000, 2003, and 2008, Edie Falco’s role in “The Sopranos” earned her three Screen Actors Guild Awards for “Outstanding Performance by a Female Actor in a Drama Series.”

In 2002, she received the Theatre World Award for her piece “Side Man.” She also received ‘Best Supporting Actress’ in the Los Angeles Film Critics Association Awards for ‘The Sopranos’ in the same year.

For her film ‘Sunshine State,’ she got the Satellite Award for ‘Best Supporting Actress – Motion Picture’ in 2003.
In 2003, she received the Television Critics Association Award for ‘Individual Achievement in Drama’ for her work on ‘The Sopranos.’

He won the Drama Desk Award for ‘Outstanding Features Actress in Play’ in 2011 for his performance in ‘The House of Blue Leaves.’

In 2003, Eddie Falco was diagnosed with breast cancer, but she was able to beat it.
Edie Falco has previously struggled with alcoholism. She is now a supporter of the Alcoholics Anonymous 12-Step program.
Anderson, her son, was born in 2005, and Macy, her daughter, was born in 2008.

Edie Falco has a net worth of $50 million as a television, film, and stage actress in the United States. Falco is most known for his portrayal of Carmela Soprano in HBO’s critically acclaimed drama “The Sopranos.” She received six Emmy nominations and three wins for her performance in the drama series, including Outstanding Lead Actress in a Drama Series. Edie has also won a number of Golden Globes and Screen Actors Guild Awards.

Edie Falco participated in a television commercial for Mothers Opposing Bush during the 2004 US Presidential election. “Mothers always put their children first,” she added in the commercial. “Can you say the same, Mr. Bush?”
Edie Falco teamed up with PETA in 2013 for a public service announcement asking parents to keep their children away from zoos.
She’s also been a spokeswoman for the progressive political movement Health Care for America NOW! (HCAN).