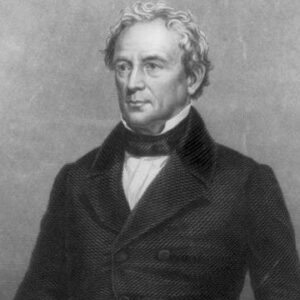 Edward Everett was an American politician, pastor, diplomat, educator, and orator who served as a U.S. Representative, Senator, Governor of Massachusetts, Minister to Great Britain, and Secretary of State of the United States. At the period of the American Civil War, he was renowned for his oratorical skills and was a renowned speaker who incited anti-war sentiments among the populace with his stirring speeches. Everett was a diligent student who graduated from Harvard and afterwards entered the clergy. During his time at the Brattle Street Church, he rose to prominence as a minister. He advanced his career by becoming a professor of Greek literature at Harvard, which afforded him the chance to travel around Europe and study new languages, ancient law, and literature. He returned to the United States with an enlightened perspective and introduced European education approaches to the American educational system. Due to his renown as a public speaker, he was offered the opportunity to switch careers and became a member of the United States House of Representatives. After that, he remained politically involved for many years in numerous roles, including National Republican, Governor of Massachusetts, Minister to Great Britain, and Secretary of State of the United States. His understanding of literature and politics was so extensive that he also served as a columnist for the New York Ledger for many years.

Edward Everett was born to Oliver and Lucy Hill Everett in Massachusetts. Everett’s father, a pastor at New South Church, passed away when he was eight years old. After that, he moved to Boston to live with his mother.

Everett attended public schools in Boston before transferring to Ezekiel Webster’s private school. At the age of 13, he was sent to Harvard College, from where he graduated as valedictorian four years later.

17-year-old Everett studied ministry under the guidance of Harvard’s president and earned an MA in 1813. After that, he worked at Brattle Street Church and became a well-known speaker.
In 1814, he got a post as a professor of Greek literature at Harvard, where he was permitted to study French, German, Greek Art, Roman law, etc. throughout Europe.

Everett resumed his teaching duties in 1819, applying everything he had learned during his European travels to the American educational system. He became the editor of ‘North American Review’ the following year.
In 1822, he began to achieve popularity as a public speaker and minister. During this period, he gave a famous speech about the Greek struggle for freedom.

In 1824, Everett delivered a speech at Harvard entitled ‘Circumstances of the Favorable Progress of Literature in America,’ which altered his professional trajectory. Due to the impact of his speech, he was selected as a candidate for the U.S. House of Representatives.

He was re-elected to four consecutive terms as a National Republican, which in 1834 transformed into the Whig Party. Everett sat on the House Committee on Foreign Affairs and the Committee on Libraries and Public Buildings while in Congress.

Everett resigned from Congress in 1835 because he was unable to conform to the way House proceedings were conducted. Instead, he chose to become a governor, during which time he improved the school education system.
In 1839, he lost the election and his magnificent years as governor came to an end. The following year, on the recommendation of the Secretary of State, he was named ambassador to Great Britain.

His service as ambassador to the United Kingdom ended in 1845, while he was being considered for the position of Harvard president. The following year, he accepted the position despite his reservations about the amount of labor involved.

He served as President of Harvard for three years, but his duties were monotonous and he lacked adequate resources to govern the institution. Everett had a persistent issue with disruptive students.

Everett became Secretary of State in 1849 when Daniel Webster died in the middle of his term. President Millard Fillmore requested that he resume his political career and assume office.
Everett was encouraged by Massachusetts Whig leaders to run for the US Senate while still serving as Secretary of State. In 1853, he was appointed to the job, but within a year, he resigned.

After leaving politics, Everett began writing a weekly column for the ‘New York Ledger’ in the 1850s, and until the 1860s, he actively tried to educate the public about various political topics.

Even near the end of his life, he continued to deliver compelling political addresses. In 1863, he delivered a lecture at the military cemetery in Gettysburg, Pennsylvania, about how opposing Civil War parties may reconcile.

As the governor of Massachusetts, Everett brought about significant societal reforms, including the establishment of a state board of education, the extension of the railroad system, and the easing of border tensions between Maine and the adjacent Canadian province, among others.

In 1922, Everett married Charlotte Gray Brooks. Brooks came to a wealthy family, and her family funded the majority of Everett’s political pursuits financially. Together, they had six children.

Everett developed a cold while delivering a speech in Boston in 1865, which resulted in his death six days later; he was cremated at Mount Auburn Cemetery in Cambridge.

Edward is one of the wealthiest and most popular actors in Hollywood. According to our research, Wikipedia, Forbes, and Business Insider, Edward Everett Horton has an estimated net worth of $1.5 million.

There is a square named after Everett near his birthplace in Dorchester.
He wrote a book titled “The Life of George Washington” in 1860.

During his tenure as Harvard’s president, he suffered from a number of ailments, some of which were prostrate-related, and was forced to leave.