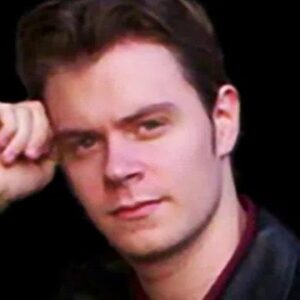 Popular Australian actor and filmmaker Edward Jeffries initially gained widespread recognition for his work on the movie “Team Orion The Fight For Freedom,” for which he was the writer, director, and composer. In the movie, he also had the minor part of Colonel Peter Jackson. The multifaceted personality has a strong interest in music and is a member of the band “The Stars of Orion,” which has so far put out a number of successful songs and albums. As a young lad, Jeffries developed a fascination for the performing arts. His passion for science fiction movies began when he was a little boy. He would act out sequences from his favorite movies while playing in the park with his pals. He started full-time acting and directing career as a young adult. He first struggled for a few years until ultimately breaking through with the movie “Team Orion: The Fight for Freedom,” which made him a rising star.

On August 1, 1987, Edward Jeffries was born in Adelaide, South Australia, Australia. His parents’ names and his family’s history are unknown. He participated in a lot of extracurricular activities while he was a student. He led scouts and received several outstanding badges for his work.

He was intelligent and eager to learn new things. He had plenty of possibilities while a student unleashed his natural talent. He penned the musical tune “Ms. Jessarowski” for a teacher when he was a teenager.

He realized early on that he intended to pursue a career in the entertainment sector. He attended college, where he obtained certificates in media, business, animation, and visual effects.

While still a college student, Edward Jeffries started taking his career seriously. He gathered a group of young people who shared his viewpoints and started writing the script for the movie “Team Orion The Fight For Freedom.” He established his own production company, EJsFilms, around the same time with assistance from his friend John Haydon.

He served as an assistant on the TV show “The Saddle Club” from 2001 to 2003. He worked as a cameraman on the theatrical production of “Living With Lady Macbeth” that same year. He served as the play “Cagebirds'” lighting and sound designer in 2004.

He launched his debut independent film, “Team Orion TheFight For Freedom,” in 2006, which aided the up-and-coming director in getting noticed by the general public. Over 5 million individuals in the world viewed the movie. He had an appearance as a French waiter in the play “Montparnasse 1919” that same year.

Jeffries founded the band “The Stars Of Orion” because of his intense passion for music. In 2006, they issued their debut song, “Wonderful.”

He directed, composed, and edited “The South Australian Christmas Lights” in the stereoscopic format in 2014. The Royal Adelaide Show (2015), The Port Adelaide Festival (2015), The Gumeracha Medieval Fair (2016), and Oz Comic-Con The Movie are some of his more recent creations (2017).

The independent film “Team Orion The Fight For Freedom,” which was released in 2006, is Edward Jeffries’ best-known work. In addition to writing, composing, and directing the movie, he also played Colonel Peter Jackson. Over 5.4 million people in Australia and the USA saw the film.

The Stars of Orion, a musical ensemble, was founded by him as well. In addition to him, the group’s lineup consists of Jessica Calbert, Laura Bain, Thomas Betts, and Krystle Oldfield. They have created the soundtrack for Jeffries’ independent films in addition to releasing a number of albums and singles to date.

Edward Jeffries dated Tiffany Blackford when he was a teen. Later on, he started dating Sophie Bennett, who played the young character “Stevie Lake” in “The Saddle Club.” In 2005, after four years of dating, the couple split up. In 2006, he began dating Teryl.

One of the most well-known attorneys, councilmen, and legislators, Edward J. Jeffries Jr. had a net worth of almost $1 million.

In Australia, his company EJsFilms was the first to stream movies, TV shows, and other media.