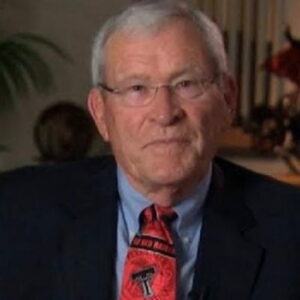 Former General Motors chairman and CEO Edward Earl Whitacre Jr. He became a well-known executive due to his role as former SBC (Southwestern Bell Corporation) chairman of the board and chief executive officer. He accelerated its growth as a national communications provider, worked to make it a diversified, global communications brand, and led it through profitable acquisitions like Bell-South (1998), Pacific Telesis Group (1999), Southern New England Telecommunications (1998, 1999), Comcast Cellular (1999), Ameritech (1999), and Pacific Telesis Group (1997, 1999) for a combined total of $62 billion (2000). Fortune magazine honored SBC as America’s Most Admired Telecommunications Company for the seventh time in eight years and the World’s Most Admired Telecommunications Company for the sixth consecutive year in 2003 under his leadership. Whitacre, one of the many honors he received in his career, was once named among the Top 25 Executives of the Year by BusinessWeek and was listed as one of the Best CEOs in America by Worth magazine. Whitacre created long-lasting value for company shareowners by offering steadfast and innovative telecommunication services.

In Ennis, Texas, Edward Whitacre Jr. was born into a middle-class household to a railroad engineer. He spent a lot of his boyhood outside, hunting rabbits in the fields and capturing frogs from creeks.
Whitacre used to play baseball and football in high school. He decided to enroll in Texas Tech University after high school since his father had recommended him to do so.

Whitacre worked for the Dallas phone firm Southwestern Bell while obtaining his degree. He was so determined to acquire a job there that when they turned him down, he assured them he would be willing to perform any menial chores.

In 1963, Whitacre was hired by the Southwestern Bell Telephone Firm as a faculty engineer after installing fence posts and measuring telephone cables for the company. He completed his industrial engineering degree the following year.

He was doing well for the business’ operational divisions in Texas, Kansas, and Arkansas when he was promoted to associate vice president of engineering and network services in Dallas, Texas, in 1977.
Whitacre kept moving up the corporate ladder and was appointed president of Southwestern Bell’s Kansas division in 1982. A few years later, he was promoted to group president, overseeing all of the business non-telephone businesses.

This was not the case; instead, in 1986, he was appointed vice president of public relations and revenues, where he was in charge of Southwestern Bell’s legislative activities. That same year, he also joined the board of directors and was made vice chairman.

In 1988, the board of directors took the decision to promote him to the position of president and chief operating officer of Southwestern Bell, putting him in charge of the company’s six primary companies. This was due to his commitment, talent, and hard work.

Along with his roles as director of Southwestern Bell since October 1986, head of the Executive Committee, and member of the Corporate Development Committee and Finance Committee, Whitacre was appointed chairman of the board and chief executive officer in 1990.

Whitacre stepped down as CEO and board chairman in 2007, and Randall Stephenson took over as his replacement. Whitacre was eligible for a $158 million bonus from AT&T upon retirement.
Whitacre was chosen to serve on the ExxonMobil board of directors in 2008. The following year, he was appointed chairman of General Motors, and after acting in an interim capacity, he was given the position of permanent CEO.

Whitacre’s role as CEO and board chairman of SBC is thought to be the most notable accomplishment of his professional life. The business was recognized by Fortune as the Most Admired Telecommunications Company in the World while he was in charge.

Whitacre has won honors such as the Freeman Award from the Greater San Antonio Chamber of Commerce, the Spirit of Achievement Award from the National Jewish Medical and Research Center, and the San Antonio World Affairs Council’s International Citizen of the Year Award.

The University of the Incarnate Word conferred an honorary doctorate upon him, and Texas Tech said that its engineering college would be renamed the “Edward E. Whitacre Jr. College of Engineering” in 2008.

In 2010, Trivia Whitacre was a finalist for the title of Texan of the Year.
The San Antonio-Mexico Friendship Council Inc. presented him with the Amistad Award in his honor (SAMFCO). Additionally, he served on The Business Council’s board and the board of the Institute for International Economics.