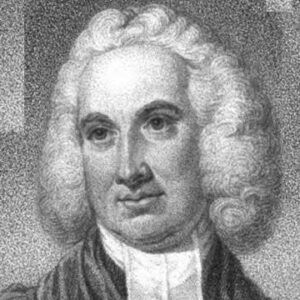 Edward Young was a famous English poet who lived in the 18th century. He went to Winchester College and then to New College, Oxford, where he got his degree. Archbishop Tenison put him forward for a law fellowship at “All Souls,” where he got his D.C.L. Throughout his life, he tried to get people to pay for his work. He became known for his plays and his work for the church. He mostly failed because he chose patrons whose wealth was going down, and he kept trying to get ahead until the end of his life. He married Lady Elizabeth Lee, who was the daughter of the First Earl of Lichfield. Her cousin Francis Lee had been married to her father, the First Earl of Lichfield, and they had a daughter. “Night-Thoughts,” which is thought to be one of his most important works, was written to remember his wife and stepdaughter, both of whom died within a few years of each other. It is also known for the important series of illustrations by William Blake. Seven of his satires were first published in ‘The Universal Passion,’ which later became ‘Love of Fame, the Universal Passion.’ His “The Conjectures” was a statement of independence that debunked absolutism and classicism. It was praised as a masterpiece in the history of English literary criticism. It also led to a movement in Germany called “Sturm und Drang.”

Edward Young was born to Edward Young in 1683. On July 3, 1683, he was baptized. He went to Winchester College and then to New College, Oxford, where he graduated.

Archbishop Tenison asked him to move to Corpus Christi, where he was given a law fellowship at “All Souls.” In 1719, he got his Doctor of Civil Law degree.

In 1713, he wrote “Epistle to… Lord Lansdowne,” which was followed by “Poem on the Last Day,” which was written for Queen Anne.
In 1714, he wrote “The Force of Religion: or Vanquished Love,” which was dedicated to the Countess of Salisbury. It was about Lady Jane Grey and her husband being put to death.

In 1714, he wrote a letter to Joseph Addison called “On the Late Queen’s Death and His Majesty’s Accession to the Throne.” In it, he praised the new king as quickly as he could.
In 1717, he went to Dublin with Philip, Duke of Wharton. In the years after that, he put on the play “Busiris.” He wrote the play “Revenge” for Wharton.

Wharton had told him he would get two payments of £100 each and £600 to spend. After Wharton didn’t pay, Young went to Lord Chancellor Hardwicke in 1740 to argue his case, but he only got the annuity.
From 1725 to 1728, he published a set of seven satires called “The Universal Passion.” These were written for the Duke of Dorset, George Bubb Dodington, Sir Spencer Compton, Lady Elizabeth Germain, and Sir Robert Walpole.

In 1726, Walpole gave him a pension of £200 per year. He kept trying to get a better job until the end of his life, but the king thought that his pension was enough.

Young was known for trying to get money to support his poetry, plays, and work in the church. But he mostly failed because he chose patrons whose wealth was going down.
His satires were put together in 1728 into a book called “Love of Fame, the Universal Passion.” He also became a priest for the king. After two years, he got a college job in Welwyn, Hertfordshire.

“The Conjectures” was a protest against the tyranny of classicism and was seen as a turning point in the history of English and European literary criticism. It got good reviews when it was translated into German.
In the late 1720s, he wrote “The Instalment,” “Cynthia,” a sermon called “A Vindication of Providence,” and another sermon called “An Apology for Punch.”

In the 1730s, he wrote “Imperium Pelagia, a Naval Lyrick,” “Two Epistles to Mr. Pope Concerning the Authors of the Age,” “A Sea-Piece,” and “The Foreign Address, or The Best Argument for Peace.”

“The Centaur Not Fabulous: in Five Letters to a Friend,” “An Argument… for the Truth of His [Christ’s] Religion,” a sermon he gave in front of the king, and “Resignation,” a poem, are some of the his other works.

Young’s “The Complaint: or, Night-Thoughts on Life, Death, and Immortality,” also known as “Night-Thoughts,” is a long poem written in blank verse and published in nine parts between 1742 and 1745.

In 1759, he wrote “Conjectures on Original Composition,” a piece of critical prose. In it, he talked about how being original is more important than being taught something or copying someone else.

He got married to Lady Elizabeth Lee, who was the daughter of the Earl of Lichfield, in 1731. She was married to her cousin, Colonel Francis Lee, and they had a daughter together who later married Henry Temple.

He had a son named Frederick, who was kind of rude. Edward Young wouldn’t let him see him until he was about to die. Then, he forgave his son and gave him everything he had.

The deaths of Mrs. Temple and Lady Elizabeth Young were close together in time. “Night Thoughts” is supposed to be about the deaths of these people in order.

Ed Young is one of the wealthiest Religious Leaders and is on the list of the most well-known Religious Leader. Based on what we found on Wikipedia, Forbes, and Business Insider, Ed Young has a net worth of about $11 million.

This famous poet’s poem “Night Thoughts” is where the saying “procrastination is the thief of time” comes from. In the poem, the poet thinks about how quickly life and opportunities can go by.