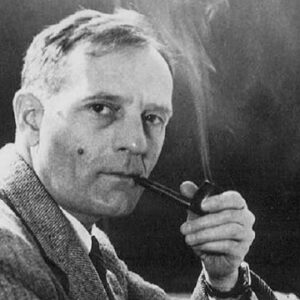 Edwin Hubble, sometimes referred to as a “pioneer of the distant stars,” was one of the most influential observational cosmologists of the twentieth century. His painstaking research and analysis led to the discovery of a cosmos beyond of the Milky Way galaxy. He also played a key role in the development of Hubble’s sequence, a galaxy classification scheme that has been in use for decades. Hubble had an interest in astronomy since he was a child, despite his legal education. However, in accordance with his father’s wishes, he did not begin studying it until after the latter’s death. Hubble’s astronomical career took off like a rocket. He was essential in interpreting the universe’s enormous and complicated nature. He confirmed the existence of galaxies other than our own Milky Way through observation and research. He also pioneered the discovery of a consistent relationship between galaxies’ redshift and distance, which later led to the discovery that the universe is expanding. In addition, he developed the Hubble sequence, a classification scheme for galaxies that has been utilized by other astronomers for decades. He also played a key role in convincing the Nobel Prize Committee to include astronomy in the category of physics, allowing future astronomers to be recognized for their contributions to the science of astrophysics. Hubble would have been eligible for the Nobel Prize in Physics that year if he hadn’t died abruptly in 1953.

Childhood and the First Years of Life

Edwin Hubble was born in Marshfield, Missouri, on November 20, 1889, to Virginia Lee Hubble and John Powell Hubble. When Edwin was 11 years old, his father, an insurance executive, moved with his family to Wheaton, Illinois.

Hubble demonstrated his athletic skills as a child. He was a natural athlete who excelled in a variety of sports, including baseball, football, basketball, and track & field. For his athletic excellence on the field and court, he also earned various medals and prizes. He was an above-average student academically.

After finishing high school, he went to the University of Chicago to study law. In 1910, he earned a Bachelor of Science in the topic. He was a member of the Kappa Sigma Fraternity while in university.

Hubble spent three years as one of the university’s first Rhodes Scholars at Queen’s College, Oxford, after finishing his graduation studies, initially studying law and then adding literature and Spanish. He then went on to complete his master’s degree. He also took a few math and science classes.

Hubble returned to Shelbyville, where the rest of his family now lived, to care for his heartbroken mother and siblings after his father died in 1913. The family relocated to the Highlands neighborhood of Louisville once more.

Edwin Hubble was interested in astronomy since he was a child, but his father insisted that he pursue law. However, he lacked the ambition to practice law and instead accepted a teaching position at New Albany High School, where he taught Spanish, physics, and mathematics.

His year as a teacher in New Albany was cut short when he decided to leave everything behind and start over. He went on to study astronomy in order to become a professional astronomer. He enrolled in graduate school at the University of Chicago’s Yerkes Observatory to study astronomy with the support of a former professor. He received his Ph.D. in 1917 after submitting his dissertation on’Photographic Investigations of Faint Nebulae.’

When the United States declared war on Germany in 1917, Hubble volunteered to join the army. He was posted to the newly formed 86th Division and advanced through the ranks to lieutenant colonel. After WWI, he spent a year in Cambridge, where he continued his astronomy studies.

Hubble obtained a post as a staff member at the Carnegie Institution’s Mount Wilson Observatory near Pasadena, California, in 1919. He held this job until 1953, when he died.

The arrival of Edwin Hubble at Mount Wilson Observatory coincided with the completion of the Hooker Telescope, the world’s largest telescope. He set out to observe the astronomical universe with the newly created object.

Hubble was the first astronomer to prove the existence of additional galaxies outside the Milky Way Galaxy, using the Hooker Telescope. He photographed Cepheid variable stars and compared their various degrees of brightness. Astronomers discovered that the Andromeda Nebula was too far away to be a part of the Milky Way galaxy and was, in fact, a separate galaxy thanks to his research.

Many astronomers disagreed with his findings and studies, claiming that galaxies exist outside of the Milky Way Galaxy. However, Hubble went ahead and published his findings, first in ‘The New York Times’ and then in the form of a paper at the American Astronomical Society meeting, confident in his study data.

His discovery of an expanding universe beyond the Milky Way galaxy opened him new research possibilities in astronomy. His theory paved the way for future astronomers to pursue new lines of inquiry.

Hubble also categorised galaxies based on their appearance in photographic photographs, in addition to discovering them. This technique of galaxy classification became known as the Hubble sequence, and it was adopted by other scientists for decades.

The finding of galaxies beyond the Milky Way did not halt Hubble’s astronomical investigation. He teamed up with Milton Humason in the mid-1920s to perform fresh study on the spectral shifts and unique distances of galaxies. He looked at the relationship between galaxies’ distance and redshift.

Hubble discovered a rough proportionality between the distances of these objects and their redshifts as a result of his investigation. It is now known as Hubble’s Law.

Hubble reported the discovery in 1929 with Humason, arguing that redshifts in galaxies’ light emissions move at a linear pace to their distance. Simply said, when a galaxy is twice as far away from another galaxy, its redshift is twice as large. In the astronomical society, the research was well-received.

Hubble and Humason’s research helped to establish that galaxies originate from a central point. Some scientists used it to support the Big Bang Theory, one of the most prominent explanations about the origins of the universe, which was proposed by Georges Lemaître in 1927.

Hubble spent the majority of the 1930s figuring out how galaxies are distributed and their spatial curvature. The results suggested that the cosmos was flat and homogeneous, but at big redshifts, there was a divergence from flatness. The evidence was not foolproof, however, because it could not account for fluctuations in galaxy luminosity owing to galactic evolution.

Asteroid 1373 Cincinnati was discovered by Edwin Hubble in 1935. He wrote ‘The Realm of the Nebulae’ a year later, a historical and explanatory work on his extragalactic astronomy studies. In 1937, he published ‘The Observational Approach to Cosmology.’

He joined the United States Army at the Aberdeen Proving Ground when World War II broke out. Hubble continued to do studies at the Mount Wilson Observatory after WWII. He also worked at California’s Palomar Observatory.

Apart from his scientific achievements, Edwin Hubble spent much of his latter life persuading the Nobel Prize Committee to include astronomy in the category of physics. He believed that astronomers’ significant contributions to the area of astrophysics should be recognized.

Unfortunately, it was only after Hubble’s death that the Committee acknowledged astronomy as a branch of physics and chose to honor outstanding achievements in this field.

When Edwin Hubble started working at the Mount Wilson Observatory, he had a lot of success. He carried out his groundbreaking research there, which helped prove the existence of galaxies other than our own Milky Way galaxy.
His work also led to the discovery of a consistent relationship between galaxies’ redshifts and distance, proving that the universe is huge and expanding.

In addition, he developed a galaxy classification method known as the Hubble sequence, which has been utilized by other astronomers for decades. Hubble is still considered as one of the world’s most prominent astronomers because of this.

Hubble was awarded the Legion of Merit in 1946, following World War II, for his great contribution to ballistics research.

For his great contributions to the field of astronomical science, he was inducted into the Hall of Famous Missourians in 2003.

On February 26, 1924, Edwin Hubble and Grace Burke tied the knot. The couple didn’t have any children.
Hubble died of a heart attack while on vacation in Colorado in July 1949. He was able to recover from the same.

On September 28, 1953, however, a spontaneous blood clot in his brain caused cerebral thrombosis, which resulted in his death. At the time, he was 63 years old. His wife kept his burial location a secret, thus there was no funeral for him.

On March 6, 2008, the United States Postal Service issued a 41-cent stamp commemorating Hubble on a sheet titled ‘American Scientists’ to commemorate and cherish his contributions to the area of astronomy.

Asteroid 2069 Hubble was named after Hubble to honor his contributions to astronomy. On the moon, he has a crater named after him. Edwin Hubble is the name of NASA’s orbiting space telescope. A planetarium, a roadway, multiple schools and institutions, and university buildings all bear his name in the United States.

His hometown of Marshfield, Missouri, established the Edwin P. Hubble Medal of Initiative, which would be given out annually to astronomers of exceptional brilliance.

Edwin Hubble’s net worth is believed to be in the range of $1 million to $5 million dollars. His principal career as an astronomer has brought him a great deal of fortune.